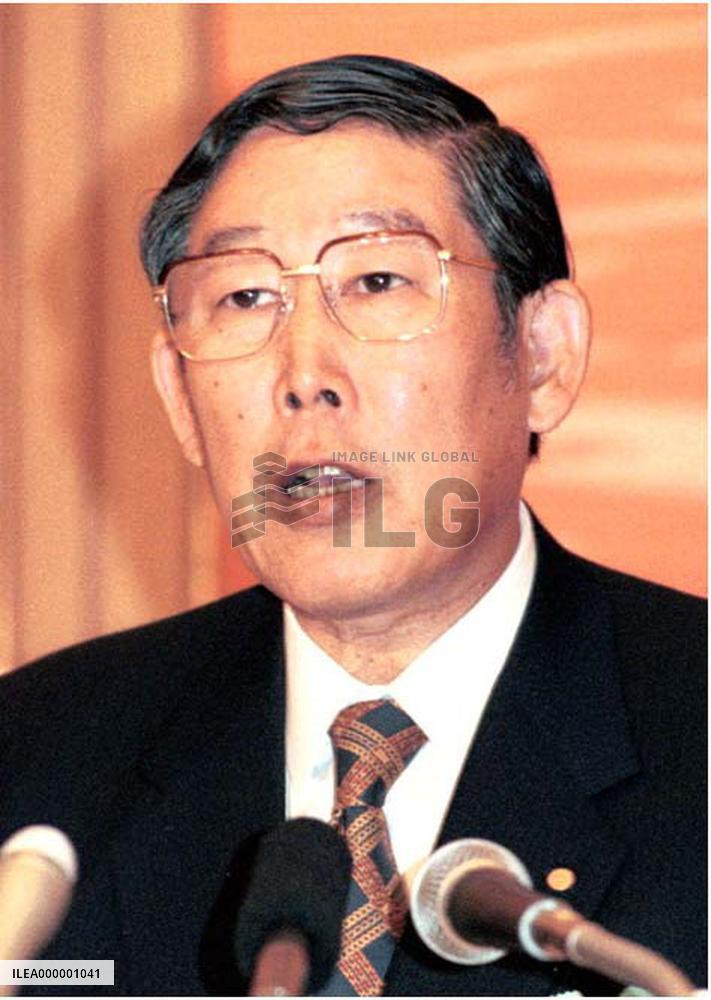 This file photo shows Hiroshi Okuda, president of Toyota Motor Corp., who has been nominated by the Japan Federation of Employers Associations (Nikkeiren) as its next chairman. The appointment will be formalized at the federation's general assembly in May, Nikkeiren officials said Jan. 8. Jiro Nemoto, who will step down as chairman after four years in office, said Okuda, 66, was chosen because of his reputation as an internationally minded business executive. ==Kyodo