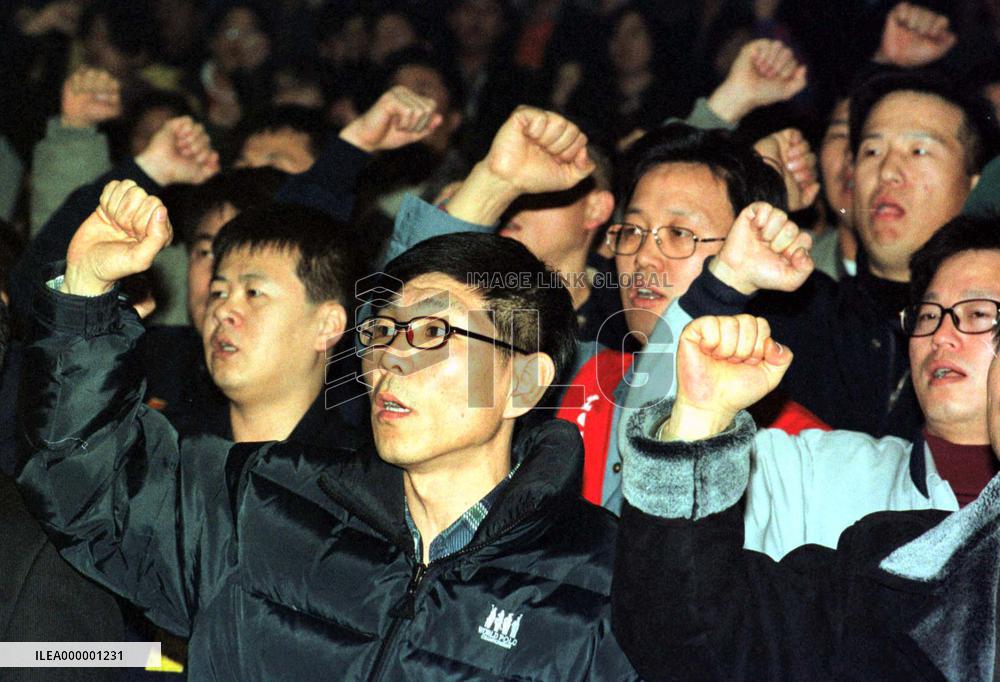 Deputies to a national convention of the Korean Confederation of Trade Unions (KCTU) swing their fits Wednesday Feb. 24 in support of its breakaway from a tripartite committee of government, industry and labor. 'The tripartite committee is meaningless because it has forced only workers to endure pains,' KCTU leader Lee Kap Yong told reporters later.

Tomoko Yoshino became the first-ever female chief of Japan's largest labor organization Rengo on Wednesday after her promotion from vice president was approved at a regular convention. Yoshino, 55, from a labor union mainly representing small and medium-sized manufacturers in Japan, will serve a two-year term, succeeding Rikio Kozu, who led the Japanese Trade Union Confederation, as Rengo is formally known, for six years. It is the first time since the establishment of Rengo in 1989 that a woman has taken the helm of the organization that has around 7 million members.