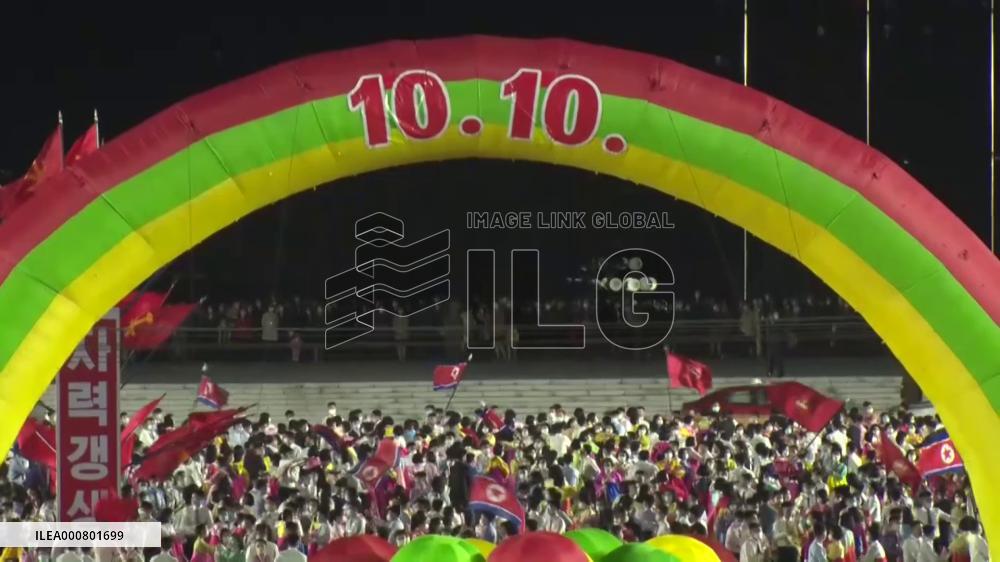 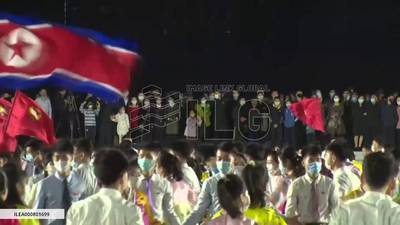 A major outdoor rally is staged in Pyongyang, North Korea, on Jan. 5, 2022, in support of decisions made at a recent policy meeting of the Workers' Party of Korea.

PYONGYANG,North Korea and DANDONG, China, Dec. 28 Kyodo -1) People walk on a street in Pyongyang on Dec. 28, 2021.2)Video taken from the Chinese city of Dandong in late December 2021 shows North Korean soldiers training in a border control force station in their country's Uiju county.

North Korean citizens hold a moment of silence in Pyongyang on Dec. 17, 2021, the 10th anniversary of the death of North Korea's second leader Kim Jong Il. On Mansu Hill in the heart of Pyongyang on Friday, citizens laid flowers and bowed in front of the giant statues of Kim Jong Il and his father and the county's founder Kim Il Sung, who died in 1994.

North Korean soldiers visit Mansu Hill in Pyongyang on Dec. 17, 2021, the 10th anniversary of the death of the country's second leader Kim Jong Il.Statues of North Korea's founder Kim Il Sung (L) and his son Kim Jong Il can be seen in the background.

Clothing items are on display at a trade fair for made-in-North Korea products in Pyongyang on Nov. 29, 2021.