Questions To The Government - Paris

French Junior Minister of Autonomy Brigitte Bourguignon and French Education, Youth and Sports Minister Jean-Michel Blanquer during a session of questions to the government at the National Assembly in Paris, France, on June 8, 2021. Photo by Eliot Blondet/ABACAPRESS.COM

A model walks the runway during the Victoria Tomas Womenswear Spring/Summer 2022 show as part of Paris Fashion Week on September 28, 2021 in Paris, France. Photo by Laurent Zabulon/ABACAPRESS.COM

John Isner (USA) during his quarter final mround match at the Mutua Madrid Open in Madrid , Spain, on May, 7, 2021. Photo by Corinne Dubreuil/ABACAPRESS.COM

Christian Jacob during a session of questions to the government at the National Assembly in Paris on June 22, 2021. Photo By Eliot Blondet / ABACAPRESS.COM

Tiger Woods speaks at a press conference on May 17, 2022, at Southern Hills Country Club in Tulsa, Oklahoma, ahead of the PGA Championship golf tournament starting there two days later. 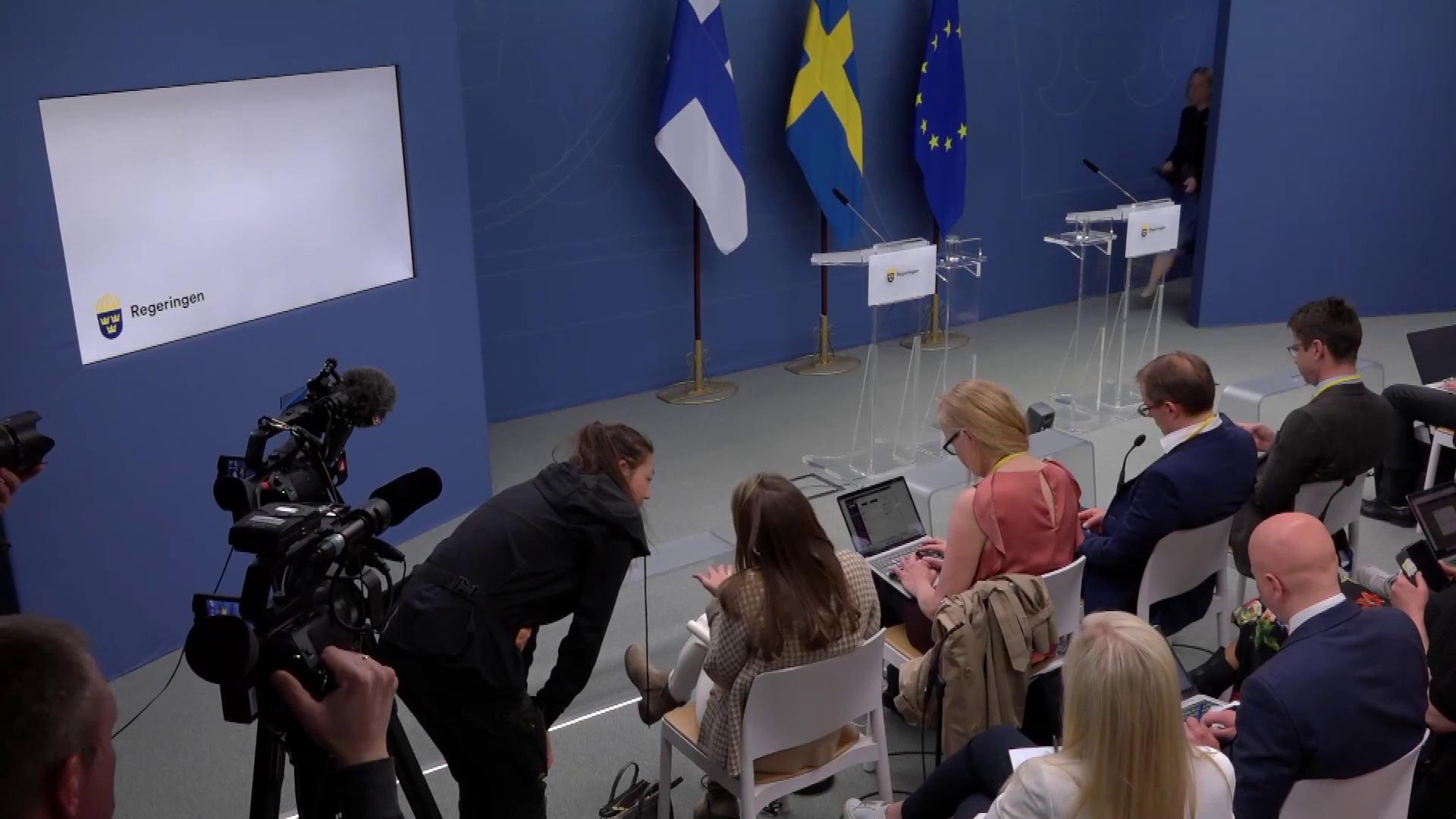 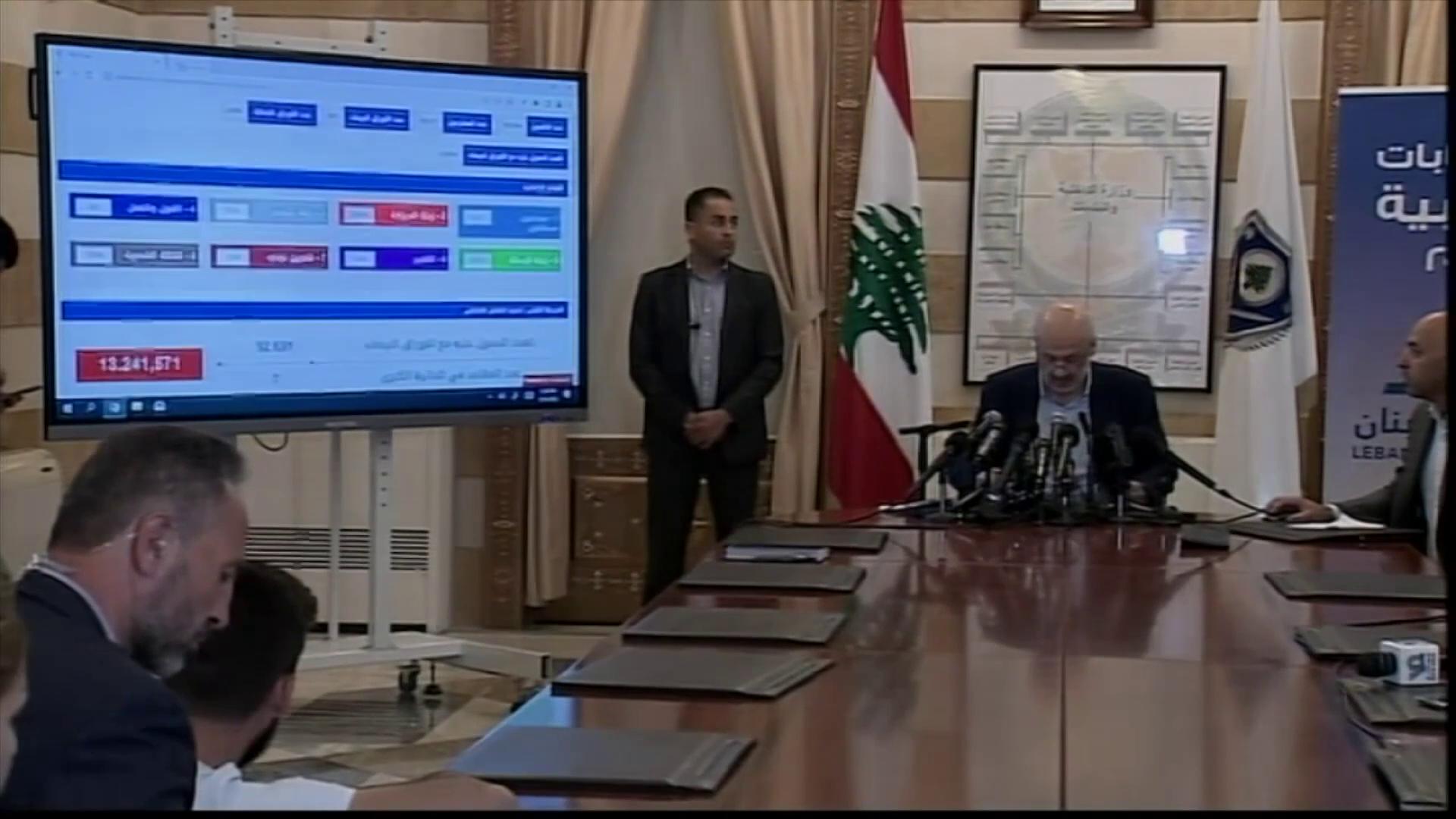 STORY: Lebanon's Hezbollah, allies lose majority in parliamentary elections DATELINE: May 18, 2022 LENGTH: 0:01:49 LOCATION: Beirut CATEGORY: POLITICS SHOTLIST: 1. various of Interior Minister Bassam Mawlawi holding a press conference to announce results of parliamentary elections STORYLINE: Lebanon's Interior Ministry on Tuesday announced the final results of the 2022 parliamentary elections, which showed the loss of majority in the parliament by Hezbollah and its allies. Hezbollah and its allies secured 59 seats, down from 71 in the previous elections in 2018, which are fewer than the 65 seats needed to secure a majority in the 128-seat parliament. The Free Patriotic Movement, a major Hezbollah ally, is no longer the largest Christian parliamentary bloc in the country as it won 18 seats compared to its rival the Lebanese Forces, which won 20 seats. Moreover, Hezbollah lost key allies including Druze leader Talal Arslan and Sunni leader Faysal Karame in Tripoli. The results published by the Ministry o

(220516) -- STOCKHOLM, May 16, 2022 (Xinhua) -- Swedish Prime Minister Magdalena Andersson speaks at a press conference in Stockholm, Sweden, on May 16, 2022. Magdalena Andersson on Monday announced the official decision to start the process of the country's application to become a member of the North Atlantic Treaty Organization (NATO). (Ninni Andersson/Government Offices of Sweden/Handout via Xinhua)

Nomura Holdings Inc. President and group CEO Kentaro Okuda speaks at a press conference in Tokyo on May 17, 2022, wearing a face mask for protection against the coronavirus. 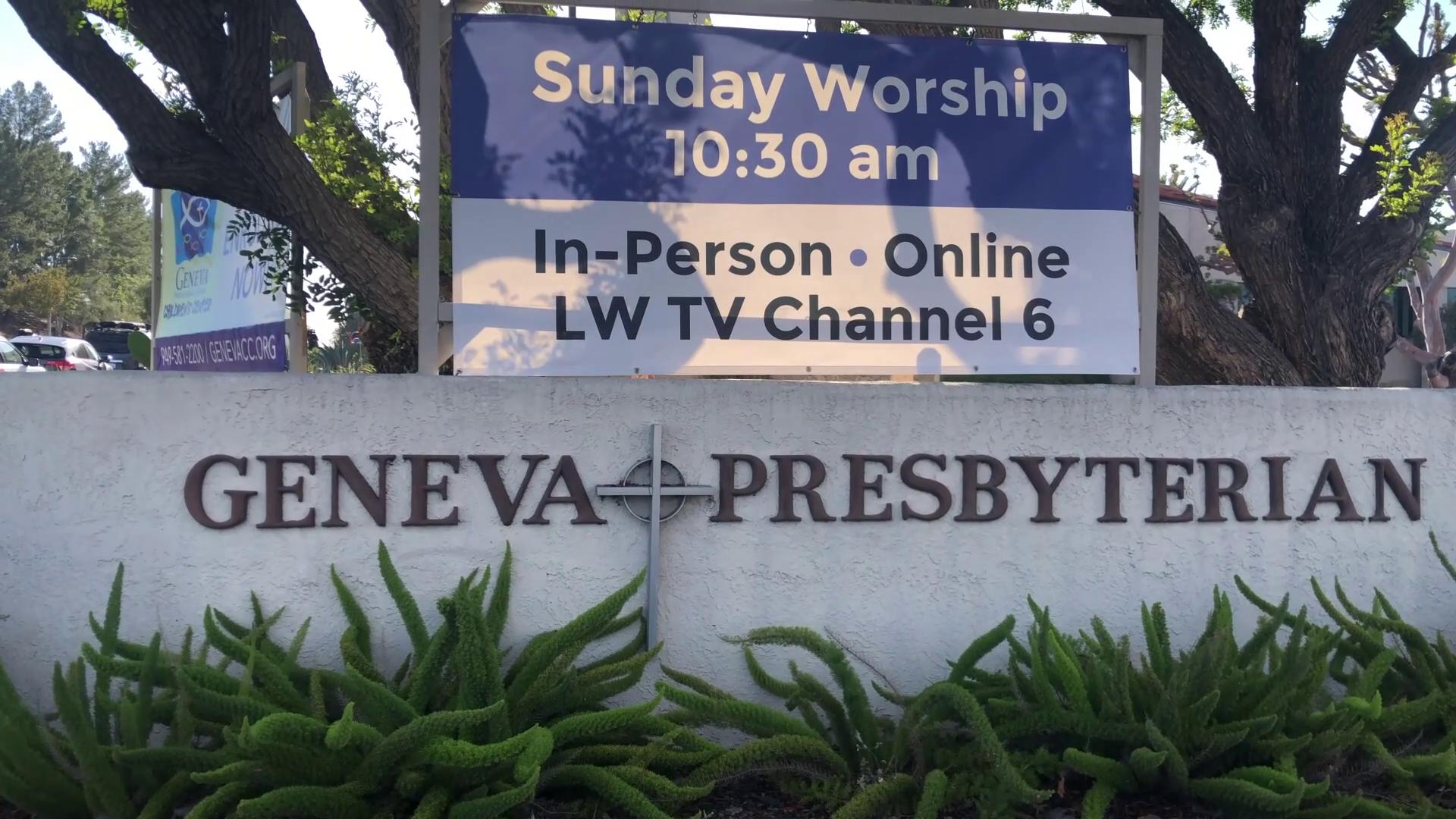 STORY: Suspected gunman identified in deadly California church shooting DATELINE: May 17, 2022 LENGTH: 00:01:35 LOCATION: LOS ANGELES, U.S. CATEGORY: SOCIETY SHOTLIST: 1. various of the exterior of Geneva Presbyterian Church 2. various of local law enforcement officers attending a press briefing on Sunday STORYLINE: Authorities have identified the suspect in a shooting that left one dead and five others injured on Sunday at a church in the western U.S. state of California. The Orange County Sheriff's Department said in a statement Monday morning that the suspect, David Chou, has been booked on one felony count of murder and five felony counts of attempted murder. The 68-year-old Las Vegas man is being held on 1 million U.S. dollars bail. The shooting happened inside Geneva Presbyterian Church in the City of Laguna Woods in Southern California's Orange County around 1:30 p.m. Sunday. The suspect opened fire on an Asian church congregation when the church was hosting a luncheon to honor a former 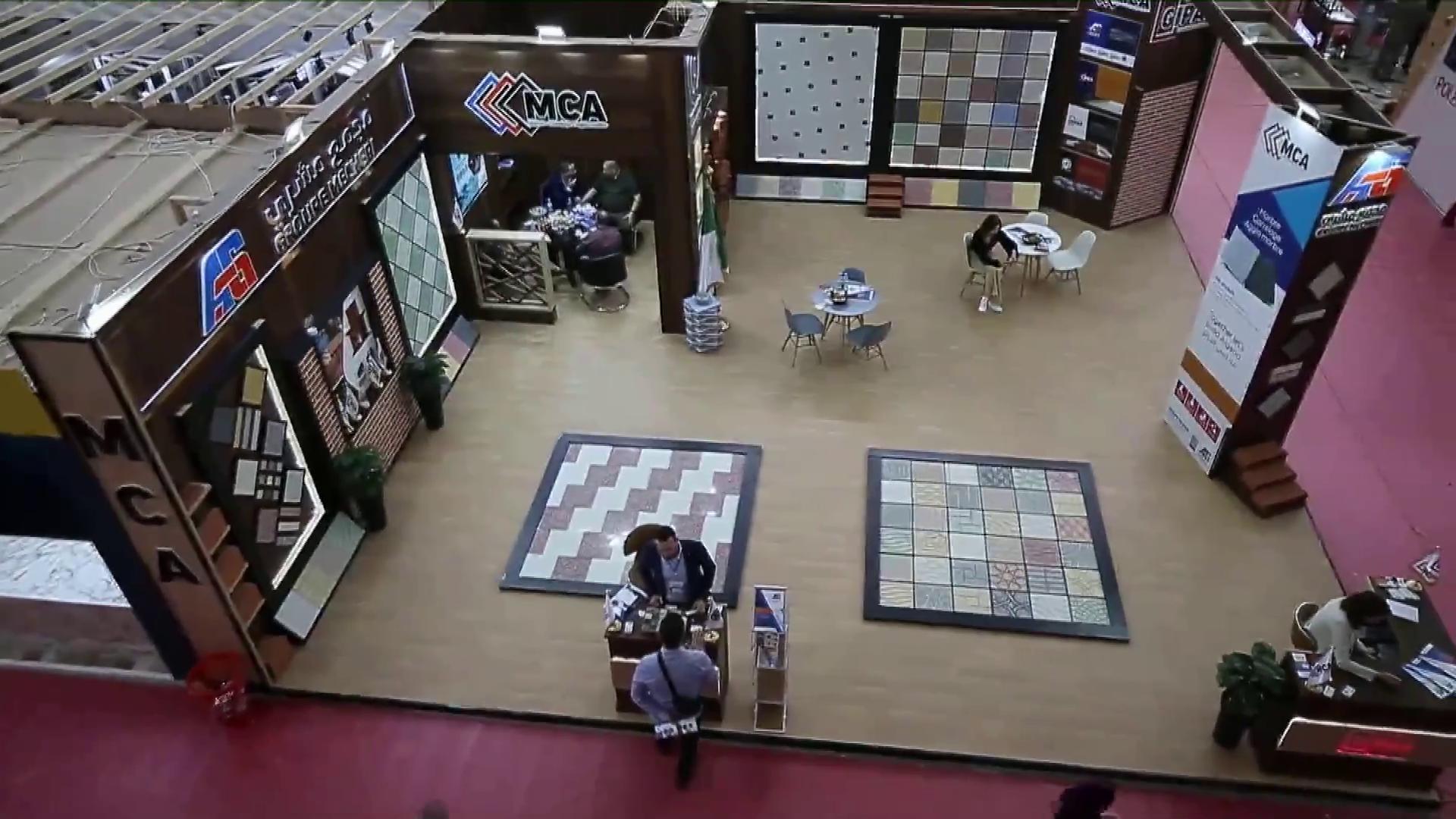 STORY: BATIMATEC 2022 held in Algeria DATELINE: May 17, 2022 LENGTH: 00:00:58 LOCATION: Algiers CATEGORY: ECONOMY SHOTLIST: 1. various of BATIMATEC 2022 exhibition venue STORYLINE: The 24th International Exhibition of Building, Building Materials and Public Works (BATIMATEC 2022) is held in Algiers from May 15 to May 19. According to a press release, this event in the public works and building sector will bring together about 500 Algerian exhibitors and 250 international exhibitors this year. BATIMATEC 2022 is an opportunity for professionals to highlight their know-how, their new products and processes, and forge new business relationships. As part of the exhibition, the organizers planned activities around various themes, including conferences and practical workshops on modern construction techniques. On the sidelines of the exhibition, the organizers planned to hold a competition for young architects, an event that represents an opportunity for students and young professionals to showcase their know 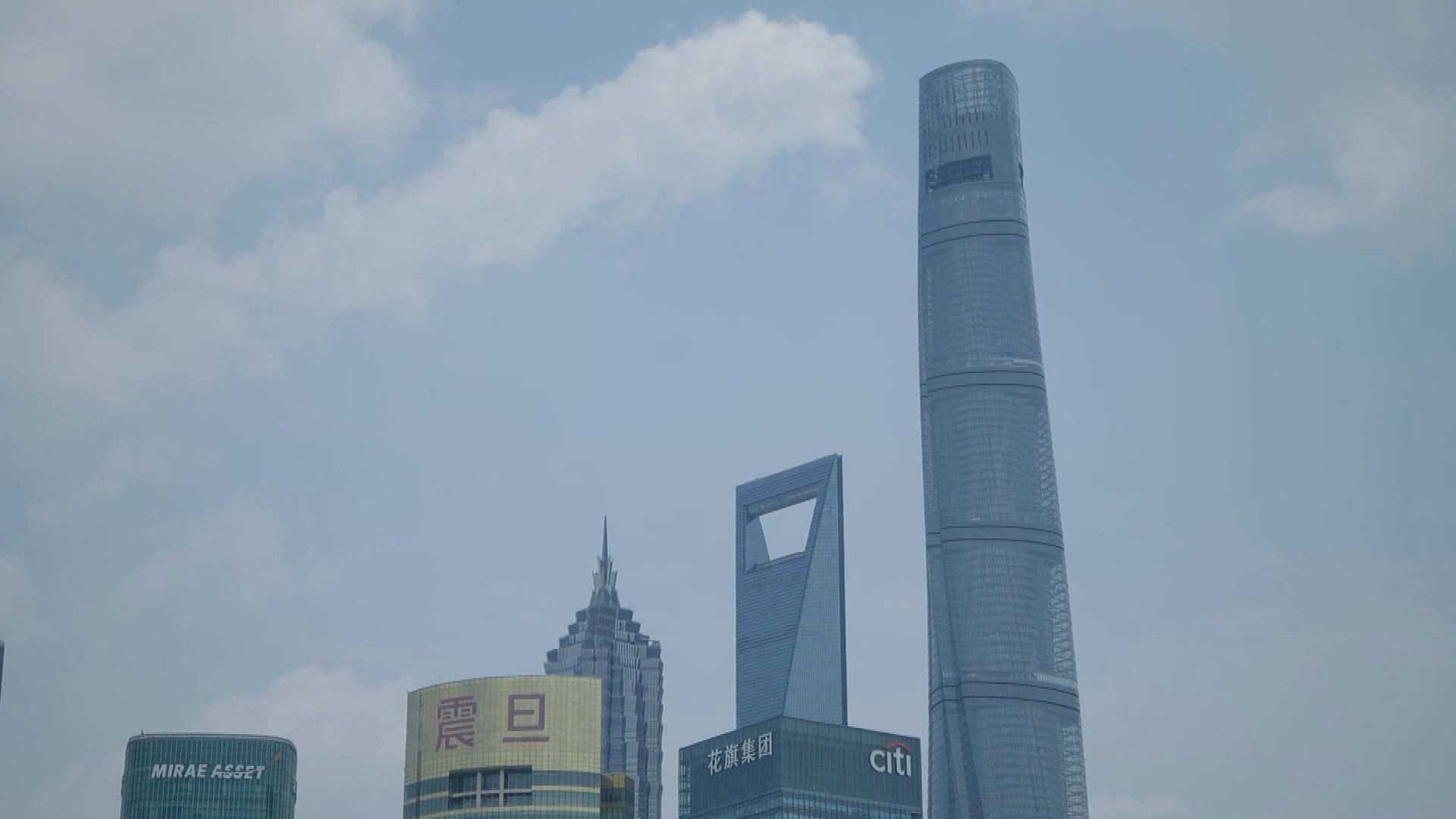 STORY: Shanghai cuts off community transmission of COVID-19 DATELINE: May 17, 2022 LENGTH: 00:01:19 LOCATION: SHANGHAI, China CATEGORY: SOCIETY/HEALTH SHOTLIST: 1. various of Shanghai 2. various of a press conference on Tuesday 3. various of Shanghai reopening commercial outlets 4. various of Shanghai STORYLINE: A municipal official said on Tuesday at a press conference that China's Shanghai has cut off the community transmission of COVID-19 in all its 16 districts. According to Zhao Dandan, deputy director of the Shanghai municipal health commission, the megacity reported 77 confirmed locally transmitted COVID-19 cases and 746 local asymptomatic cases on Monday. All the new cases were from areas under quarantine or closed-off management. Shanghai is gradually reopening commercial outlets such as shopping malls, convenience stores and pharmacies from Monday after weeks of closed management to ward off COVID-19. Many restaurants and coffee shops in the city are also reopening to offer delivery and takeou

International Atomic Energy Agency Director General Rafael Grossi meets the press in Vienna, Austria, on May 16, 2022, ahead of his trip to Japan. 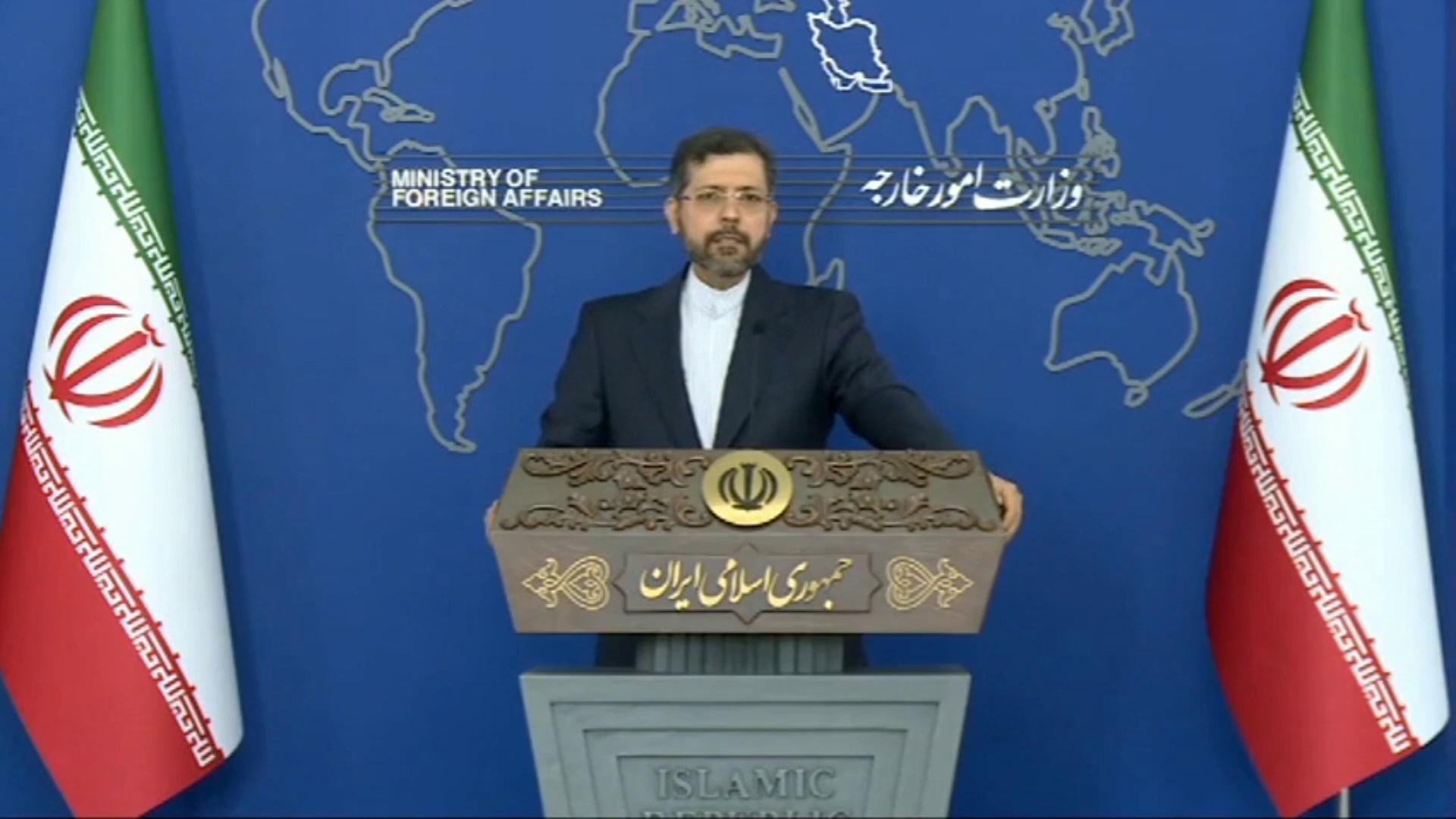 STORY: Iran demands U.S. response to Iran's proposals on stalled Vienna talks DATELINE: May 17, 2022 LENGTH: 00:02:01 LOCATION: Tehran CATEGORY: POLITICS SHOTLIST: 1. various shots of Iranian foreign ministry spokesman 2. various shots of nuclear facilities(file) STORYLINE: The Iranian foreign ministry spokesman on Monday called for a U.S. political decision on the Vienna nuclear talks, saying Iran has already made its own proposals. "If the United States announces its political decision, we can take an important step in this regard," Saeed Khatibzadeh said during his weekly press conference, reaffirming Iran's demands that its legal rights should be respected and all pressures exerted by former U.S. President Donald Trump removed. Referring to the recent visit by Enrique Mora, EU chief coordinator for the Iran nuclear talks, Khatibzadeh said "definite initiatives" and "some solutions" were proposed during Mora's visit and his "long talks" with Ali Bagheri, Iran's chief nuclear negotiator in the

Sweden to apply to join NATO

STORY: Sweden to apply to join NATO DATELINE: May 17, 2022 LENGTH: 0:00:45 LOCATION: Stockholm CATEGORY: POLITICS/MILITARY SHOTLIST: 1 various of Swedish Parliament 2 various of the press conference (courtesy of Swedish government) 3 various of Swedish Parliament 4 various of streets in Stockholm STORYLINE: Swedish Prime Minister Magdalena Andersson on Monday announced the official decision to start the process of the country's application to become a member of the North Atlantic Treaty Organization (NATO). "It is clear that there is a broad majority in Sweden's parliament for Sweden to join NATO," Andersson said during a press conference. According to Andersson, Sweden's NATO ambassador in Brussels will submit the country's NATO application within the next few days. The application will be submitted together with Finland. The government has also decided on a bill that will make it possible for Sweden to receive military support from all European Union (EU) and NATO countries. On Sunday, Sweden's rulin

(220516) -- SHANGHAI, May 16, 2022 (Xinhua) -- A resident receives nucleic acid test at a residential area in Putuo District of east China's Shanghai, May 16, 2022. China's Shanghai has cut off the community transmission of COVID-19 in 15 out of its 16 districts, according to a press conference on epidemic prevention and control held Monday. (Xinhua/Chen Fei)

(220516) -- STOCKHOLM, May 16, 2022 (Xinhua) -- Swedish Prime Minister Magdalena Andersson (R) holds a press conference together with the Moderate Party's leader Ulf Kristersson in Stockholm, Sweden, on May 16, 2022. Magdalena Andersson on Monday announced the official decision to start the process of the country's application to become a member of the North Atlantic Treaty Organization (NATO). (Ninni Andersson/Government Offices of Sweden/Handout via Xinhua) 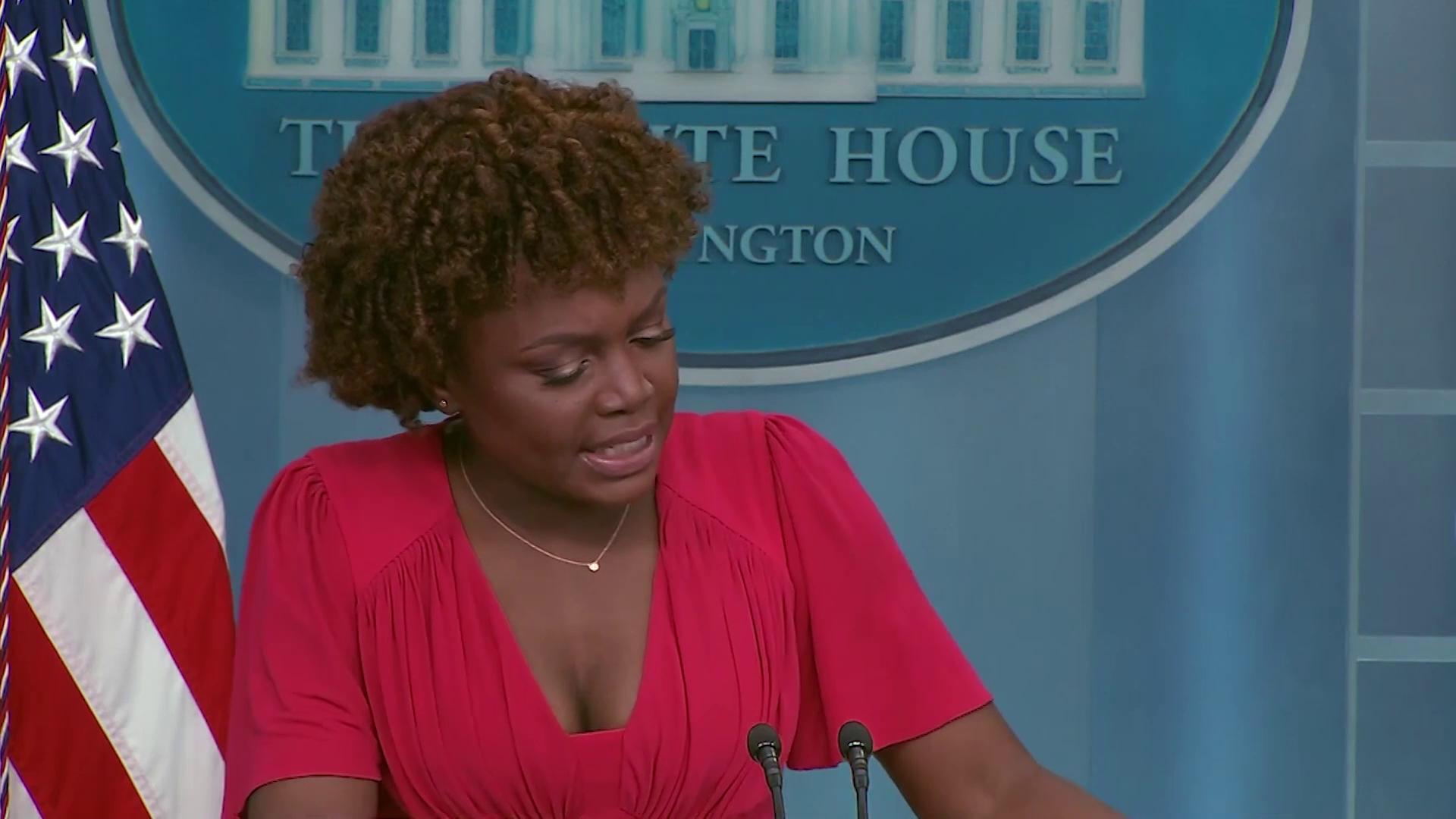 STORY: Biden approves redeployment of U.S. troops to Somalia DATELINE: May 17, 2022 LENGTH: 00:01:36 LOCATION: Washington D.C. CATEGORY: POLITICS/MILITARY SHOTLIST: 1. SOUNDBITE (English): KARINE JEAN-PIERRE, White House Press Secretary 2. various of the White House STORYLINE: U.S. President Joe Biden has approved a plan to redeploy U.S. troops to the eastern African country of Somalia to counter the extremist group al-Shabab, the White House said on Monday. SOUNDBITE (English): KARINE JEAN-PIERRE, White House Press Secretary "The President has approved a request from the Secretary of Defense to reestablish a persistent U.S. military presence in Somalia to enable a more effective fight against al-Shabaab, which has increased in strength and poses a heightened threat. This is a repositioning of forces already in theater who have traveled in and out of Somalia on an episodic basis since the previous administration made the decision to withdraw. That was back in January of 2021, as you might recall. As we've

(220516) -- SHANGHAI, May 16, 2022 (Xinhua) -- Residents are seen at a residential area in Putuo District of east China's Shanghai, May 16, 2022. China's Shanghai has cut off the community transmission of COVID-19 in 15 out of its 16 districts, according to a press conference on epidemic prevention and control held Monday. (Xinhua/Chen Fei)

(220516) -- SHANGHAI, May 16, 2022 (Xinhua) -- Residents are seen at a residential area in Putuo District of east China's Shanghai, May 16, 2022. China's Shanghai has cut off the community transmission of COVID-19 in 15 out of its 16 districts, according to a press conference on epidemic prevention and control held Monday. (Xinhua/Chen Fei)