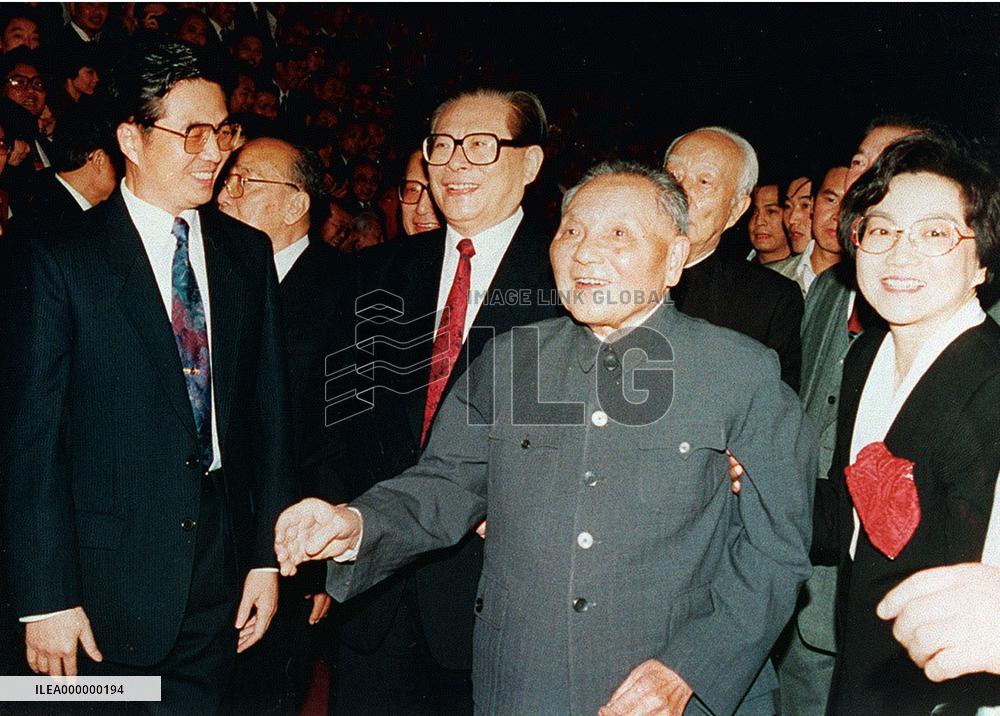 BEIJING, China - U.S. Secretary of State Hillary Clinton (C) and Chinese Vice Premier Wang Qishan (R) prepare to attend a news conference after the two countries' Strategic and Economic Dialogue at the Great Hall of the People in Beijing on May 25, 2010. At left is U.S. Treasury Secretary Timothy Geithner. (Kyodo) 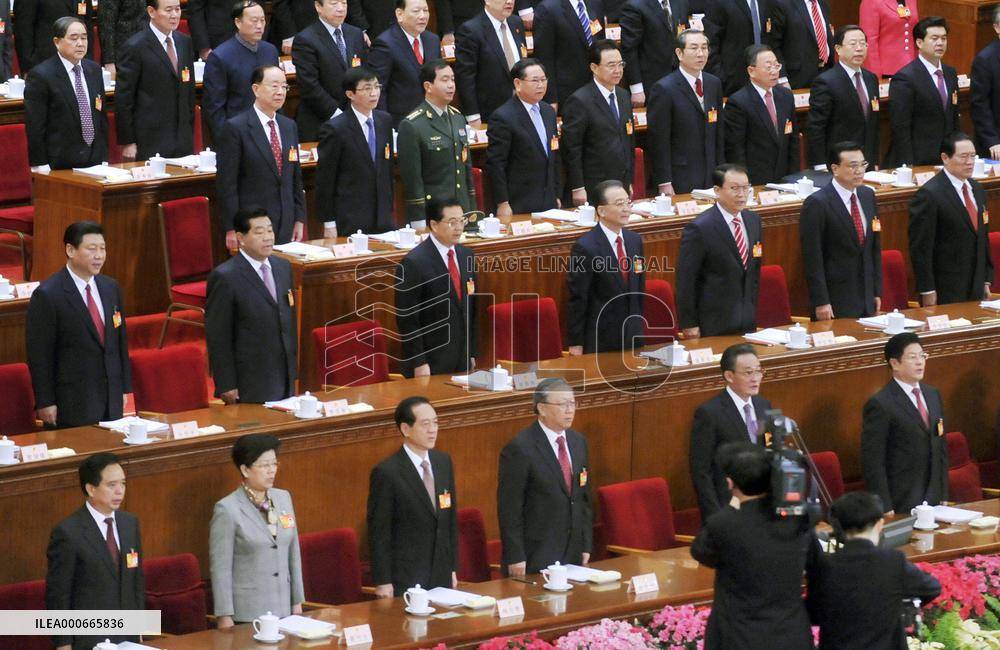 BEIJING, China - Top Chinese government officials including President Hu Jintao (2nd row from below, 3rd from L) and Premier Wen Jiabao (2nd row from below, 4th from L) sing the Chinese national anthem during the opening ceremony of the National People's Congress at the Great Hall of the People in Beijing on March 5, 2010. Wen said it is expected the country's gross domestic product will grow 8 percent and consumer prices will climb about 3 percent in 2010. (Kyodo) 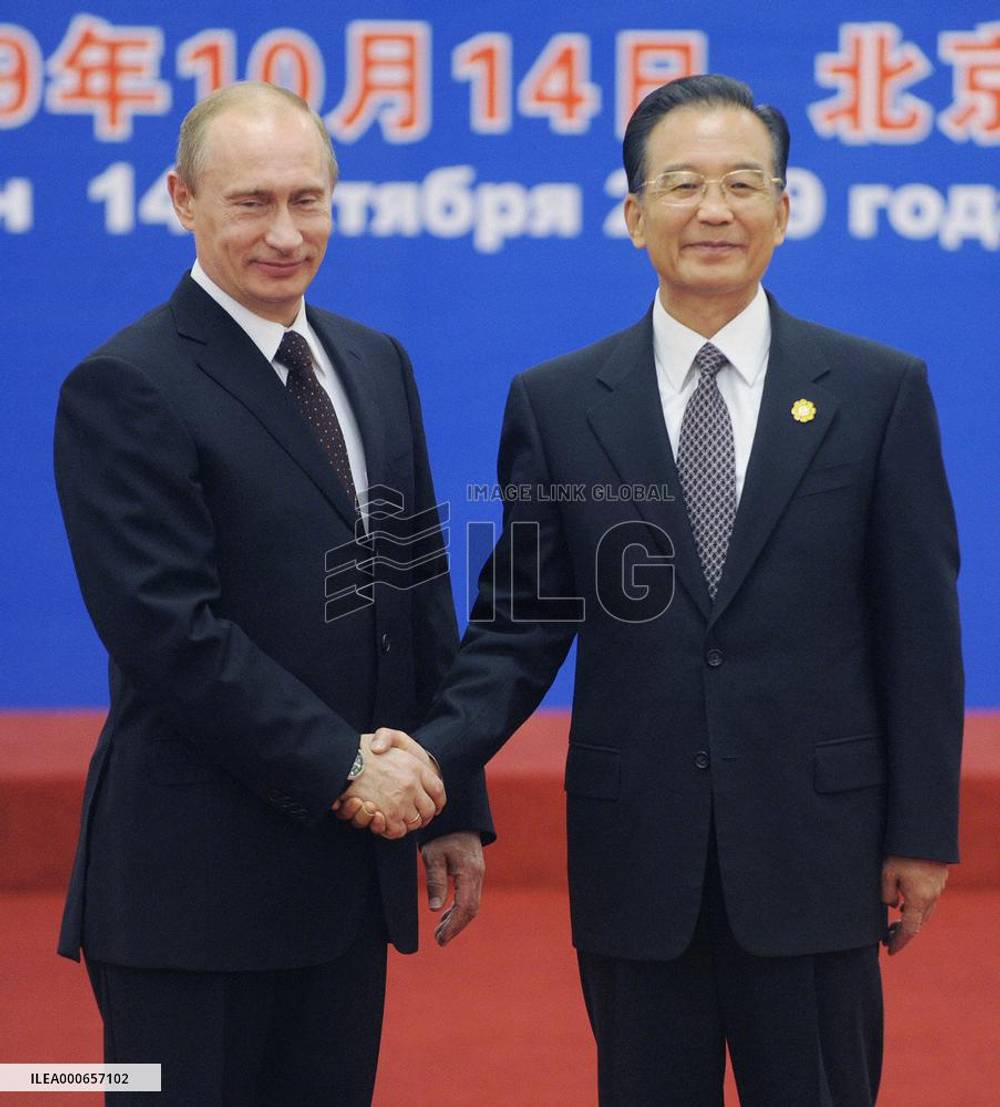 BEIJING, China - Zhou Xiaochuan, governor of the People's Bank of China, speak during a news conference at the Great Hall of the People in Beijing on March 6. The central bank said the same day it will continue a moderately relaxed monetary policy in 2009, in comments believed to be hinting at the possibility of further interest rate reductions. (Kyodo) BEIJING, China - Chinese Premier Wen Jiabao delivers an annual policy speech during the opening session of the National People's Congress at the Great Hall of the People in Beijing on March 5. Wen told delegates that the government will place priority on achieving steady economic growth amid the global financial crisis, with a goal of achieving 8 percent expansion. (Kyodo)