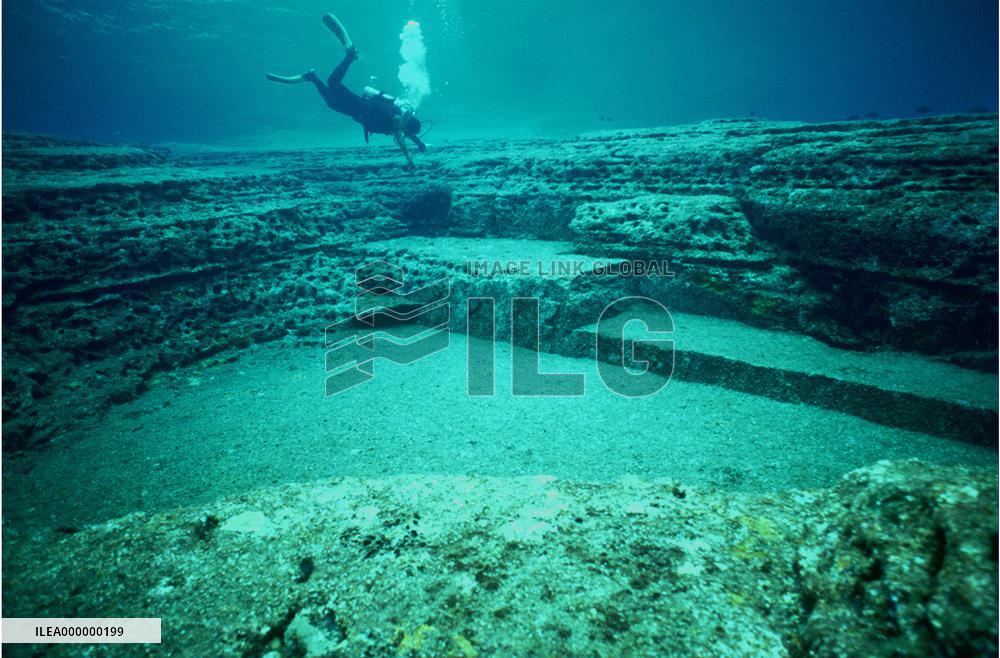 TOKYO, Japan - A diver swims near a bedrock with circular indentation in the upper part of ''ruins point'' off Yonaguni island in Okinawa Prefecture. The photo, taken on April 17, 1997, was provided by Ryukyu University Yonaguni Underwater Ruins Fact-Finding Group. (Kyodo)

A partial lunar eclipse is observed in Japan, with part of the moon falling under the shadow of the earth and apparently waned. According to the National Astronomical Observatory, the latest phenomenon seen on Nov. 19 features the coverage of 97.8% of the moon’s diameter by the earth’s shadow. The waned portion did not turn completely dark but, like in a total eclipse, was afloat shining in copper color in the night sky.Date: Nov. 19, 2021Place: Naruto city, Toshima Prefecture Campaign to end violence against women

Video taken Nov. 12, 2021, from a Kyodo News helicopter shows the Tower of the Sun being lit up in purple at Expo'70 Commemorative Park in Suita, Osaka Prefecture, as part of a campaign to end violence against women.