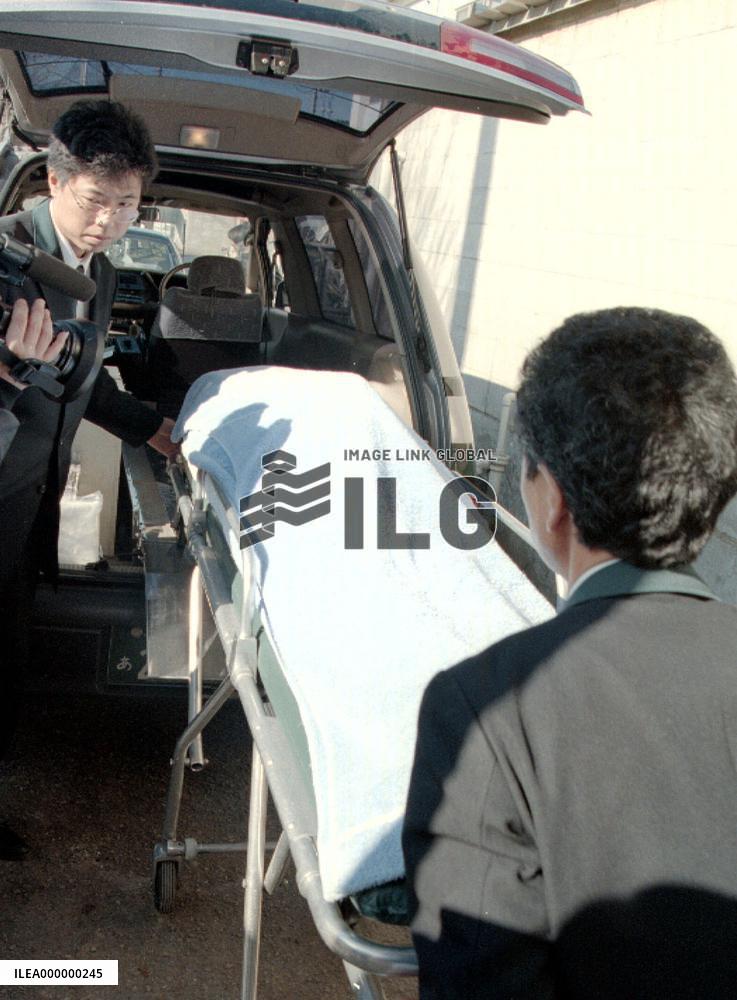 NARITA, Japan, Dec. 29 Kyodo A United Airlines jumbo jet with 393 people aboard hit a massive air turbulence over the Pacific late Sunday, leaving one person dead and more than 60 people injured, some of them seriously. The accident took place over the northern Pacific about two hours after the U.S. airliner took off from the New Tokyo International Airport at Narita at 9:05 p.m. The Boeing 747, flight 826 bound for Honolulu with 374 passengers and 19 crew members aboard, flew back safely to Narita. The United pilot radioed air traffic controllers at Narita after accident, and ambulances and fire engines were on standby as the aircraft touched down at the airport at 2:25 a.m. Monday One Japanese female passenger, Konomi Kataura, 32, was pronounced dead on arrival at a local hospital. The injured passengers and crew members were rushed to local hospitals in Narita and nearby cities. KLM Royal Dutch Airlines Boeing 737-700 aircraft as seen landing at Amsterdam Schiphol Airport. The airplane has the registration PH-BGF and the name Grote Zilverreiger / Great White Heron. The aviation industry and passenger traffic is phasing a difficult period with the Covid-19 coronavirus pandemic having a negative impact on the travel business industry with fears of the worsening situation due to the new Omega variant mutation. Amsterdam, the Netherlands on January 5, 2022 (Photo by Nicolas Economou/NurPhoto) (Credit:Nicolas Economou/NurPhoto/Kyodo News Images) CHIBA, Japan - An American Airlines Boeing 777 from Dallas-Fort Worth airport sits on the tarmac at Narita International Airport, east of Tokyo, on Oct. 26, 2009, after it was hit by air turbulence over the Pacific Ocean about 70 kilometers southeast of the airport. Among 228 passengers and crew members aboard the plane, five passengers were injured and taken to a nearby hospital. (Kyodo)