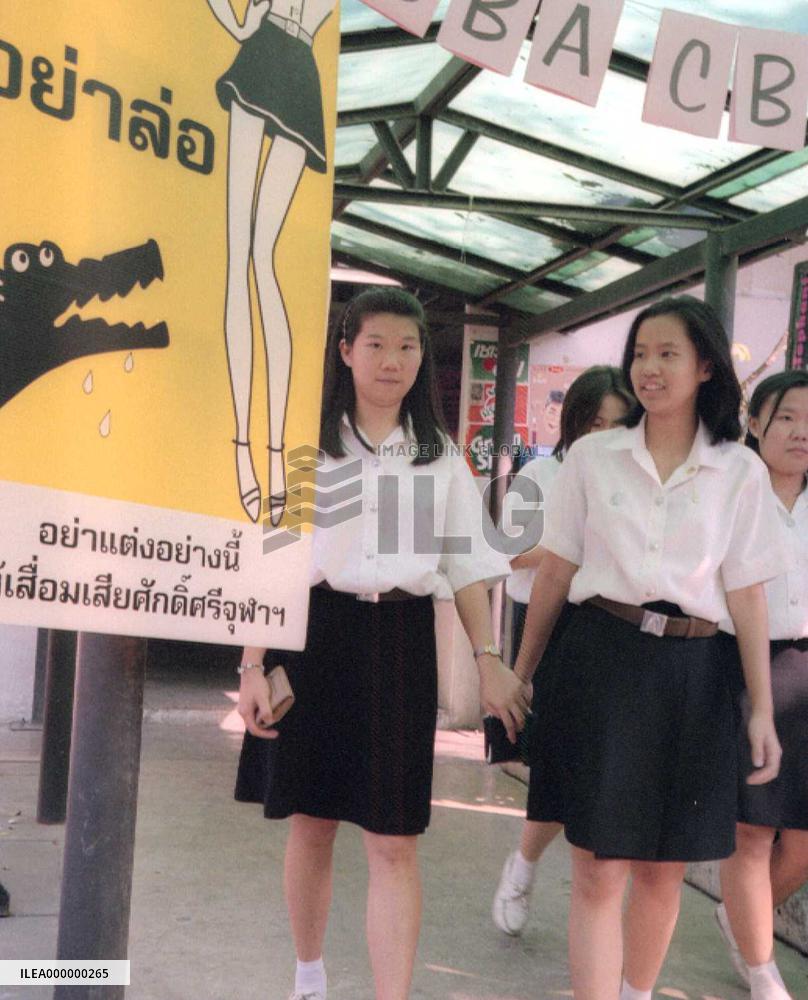 Female students at Chulalongkorn University in Bangkok pass by a poster depicting a female student wearing a miniskirt while a crocodile looks up -- a campaign against miniskirts on the campus. The ban on miniskirts at Thailand's oldest university has triggered controversy among students and teachers. ==Kyodo 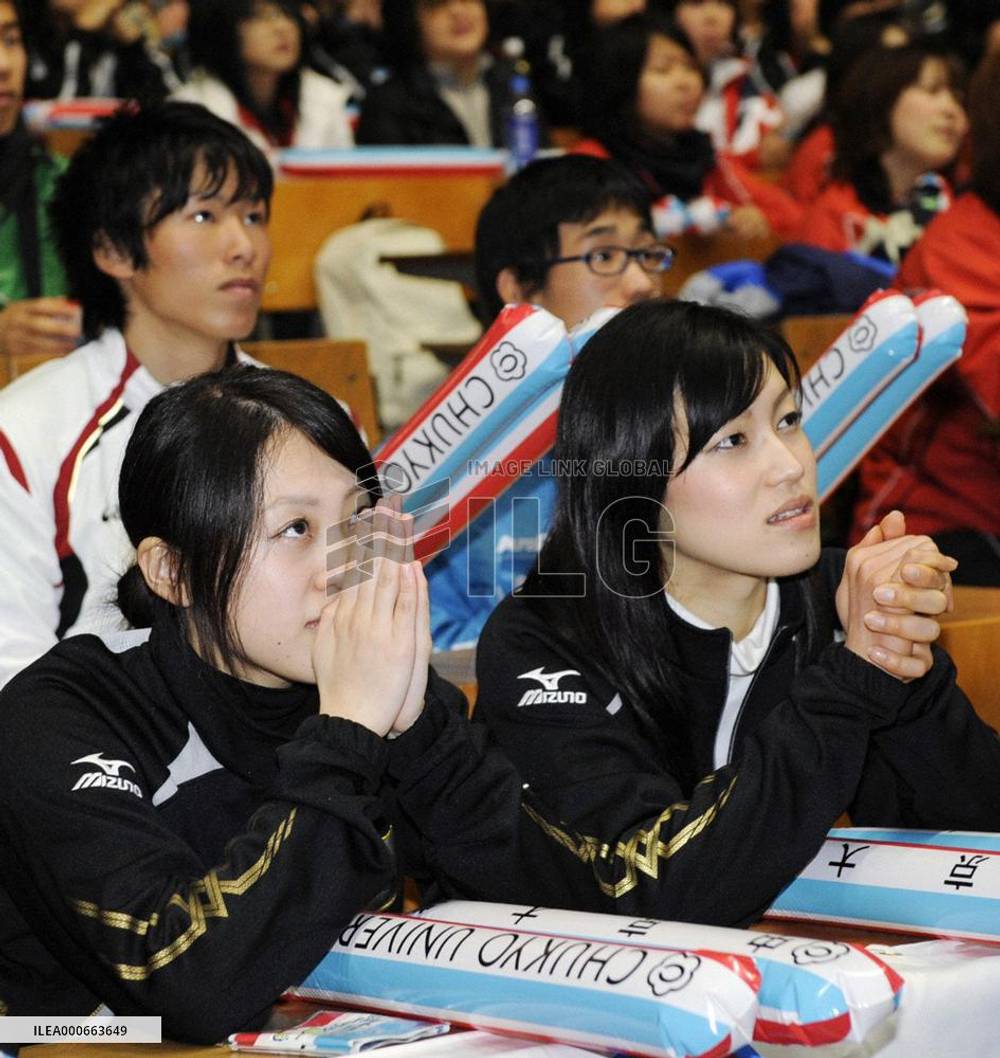 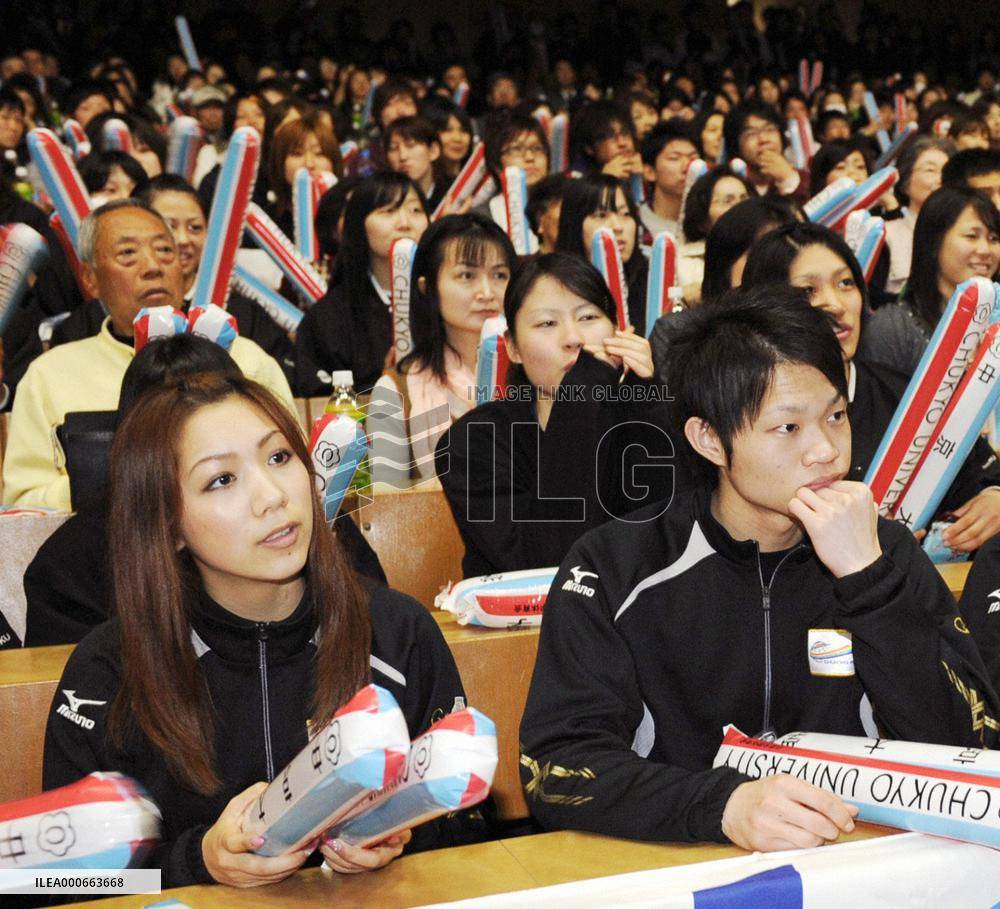 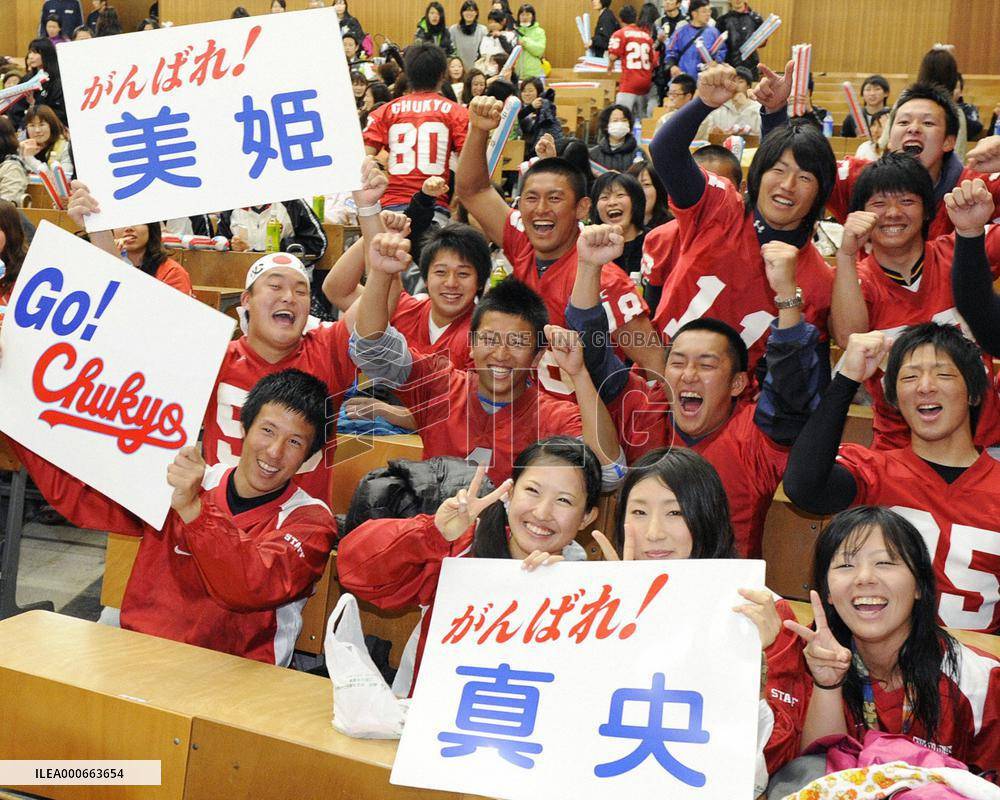 TOYOTA, Japan - Students at Chukyo University root for their schoolmates Mao Asada and Miki Ando competing in the Vancouver Olympic figure skating event at its campus in Toyota, Aichi Prefecture, on Feb. 26, 2010, holding signs which read ''Go for it! Miki'' and ''Go for it! Mao.'' Asada won the silver and Ando placed fifth. (Kyodo) KYOTO, Japan - Muslim students at Kyoto University eat Halal food served at its cafeteria in the western Japan city on Oct. 6, 2009. The university started to offer several kinds of dish permissible under Islamic law the same day against the backdrop of an increase in the number of Muslims on campus. (Kyodo) TOKYO, Japan - A security guard (L) asks a student to show his ID at the main gate of Chuo University's Korakuen Campus in Tokyo's Bunkyo Ward on the morning of Jan. 15. Security has been tightened following the murder of the university's professor Hajime Takakubo on the campus on Jan. 14. Takakubo was found fatally stabbed in a restroom and the suspect is still at large.(Kyodo) TOKYO, Japan - Chuo University students gather outside the university's Korakuen Campus in Tokyo's Bunkyo Ward on Jan. 14 as all afternoon classes were cancelled after an electronics professor died shortly after being stabbed by a man inside the campus building. (Kyodo) OSAKA, Japan - Yuichiro Anzai, president of Keio University, speaks about the arrest of two students on suspicion of dealing cannabis on a university campus at a news conference in Osaka on Oct. 30. (Kyodo) BLACKSBURG, United States - People grieve on April 17 following the killings of Virginia Tech students in an April 16 shooting rampage. Thousands gathered to mourn for the victims with candles on the university campus. (Kyodo) GINOWAN, Japan - Ginowan Mayor Yoichi Iha pastes a sticker on his official car in a bumper sticker campaign he began on Sept. 7 to urge a resolution to the problems associated with having a U.S. military base in the Okinawan city. In August 2004, a U.S. Marine Corps helicopter from Futemma Air Station crashed into a university campus adjacent to the base in Ginowan. (Kyodo)