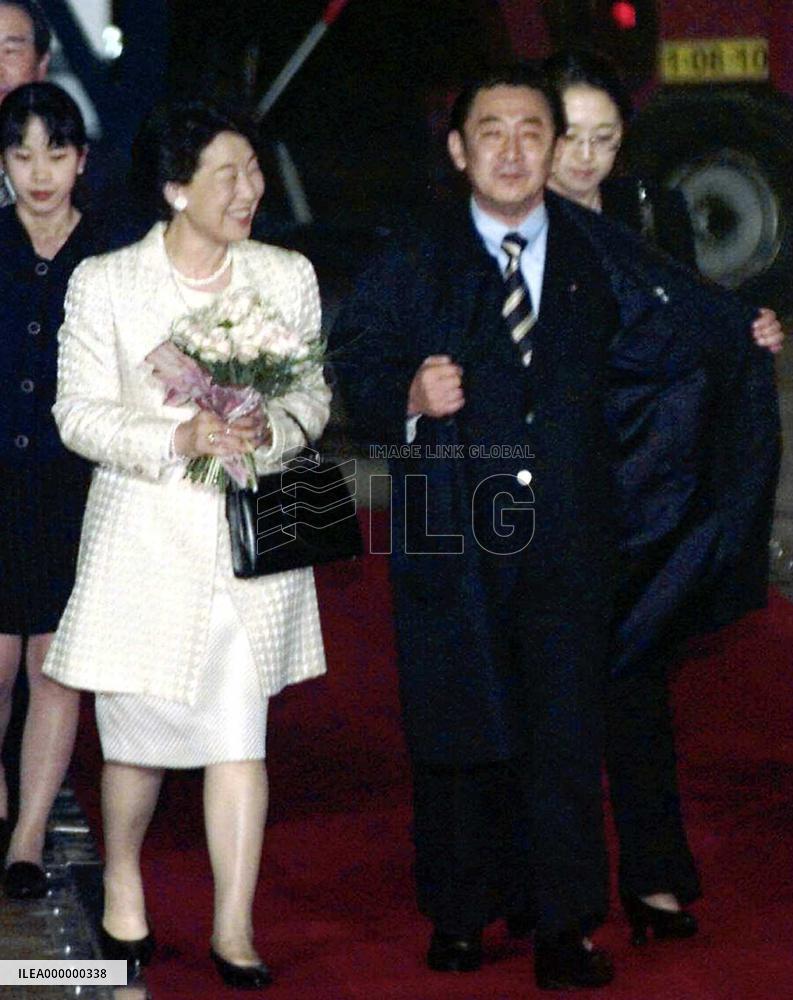 Japanese Prime Minister Ryutaro Hashimoto (R), accompanied by his wife Kumiko, removes his overcoat on arrival at Birmingham, England, on May 14. Hashimoto is in the central England city to attend the annual G-8 summit scheduled for May 15-17. ==Kyodo TOKYO, Japan - Prime Minister Taro Aso (R) addresses a meeting of the government task force on the new influenza at the prime minister's office in Tokyo on May 18. (Kyodo) TOYAKO, Japan - Kiyoko Fukuda (R), the wife of Japanese Prime Minister Yasuo Fukuda, and other wives of the Group of Eight leaders talk to members of the ''Junior 8 Summit'' in Toyako, Hokkaido, on July 9. (Pool photo)(Kyodo) 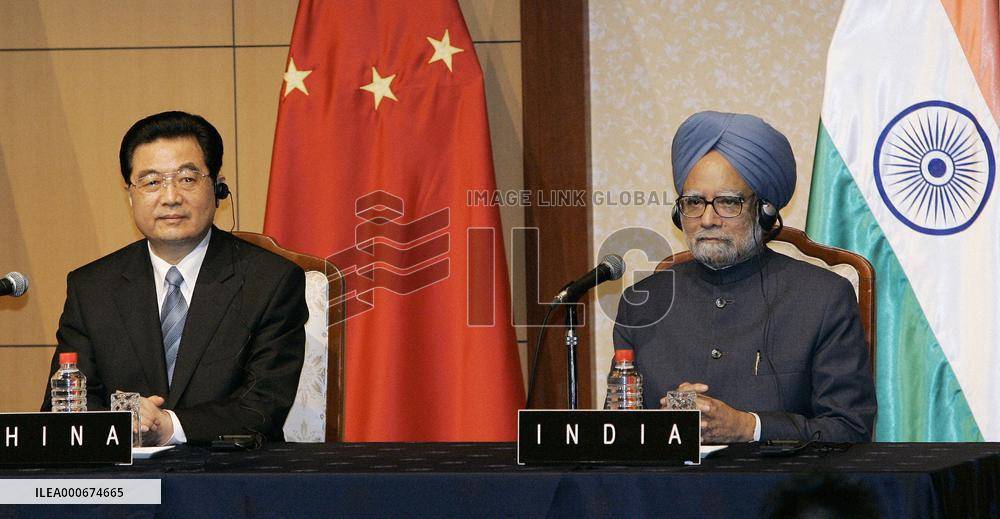 Group of 5 leaders meet in Sapporo

SAPPORO, Japan - Chinese President Hu Jintao (L) and Indian Prime Minister Manmohan Singh at a news conference after attending a meeting of Group of Five leaders in Sapporo on July 8. The leaders of Brazil, China, India, Mexico, South Africa are in Hokkaido for an ''outreach'' meeting with Group of Eight leaders on the third day of the three-day G-8 summit at the Windsor Hotel Toya in Toyako on July 9. (Kyodo)