A royal coach carrying British Queen Elizabeth and Japanese Emperor Akihito proceeds in a one-kilometer parade from The Mall to the Buckingham Palace in central London on Wednesday. Emperor Akihito and Empress Michiko arrived in London on Tuesday from Lisbon on the second leg of their European tour. They will proceed to Denmark on Sunday.

STORY: Queen Elizabeth II's coffin arrives in London DATELINE: Sept. 14, 2022 LENGTH: 00:01:14 LOCATION: London CATEGORY: POLITICS SHOTLIST: 1. The Queen's coffin arriving in London 2. various of Buckingham Palace 3. various of people paying tribute to the Queen along the route STORYLINE: Queen Elizabeth II's coffin left Edinburgh and arrived in London on Tuesday night. Thousands of people lined up through the night to pay their respects to the Queen, as Britain continued its 10 days of mourning for its longest-reigning monarch. Buckingham Palace released the arrangement for the funeral of Queen Elizabeth II on Saturday, saying the State Funeral of the Queen will take place at Westminster Abbey on Sept. 19. The Queen's coffin, resting at Buckingham Palace until the afternoon of Wednesday, will be conveyed to the Palace of Westminster, where the Queen will lie-in-state in Westminster Hall until the morning of the State Funeral. Meanwhile, King Charles III, after his first visit to Scotland as Britain's n 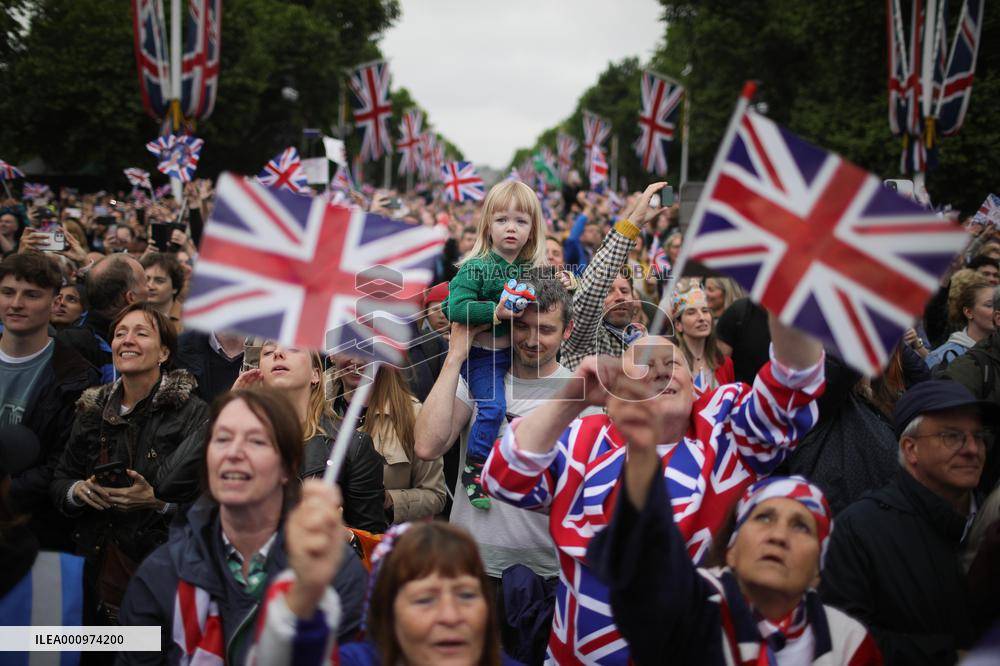 (220606) -- LONDON, June 6, 2022 (Xinhua) -- Photo taken on June 5, 2022 shows people gathering at the Mall towards Buckingham Palace at the end of the Platinum Pageant, a day-long pageant marking the end of the celebrations of Britain's Queen Elizabeth II's Platinum Jubilee, in London, Britain. (Photo by Tim Ireland/Xinhua) 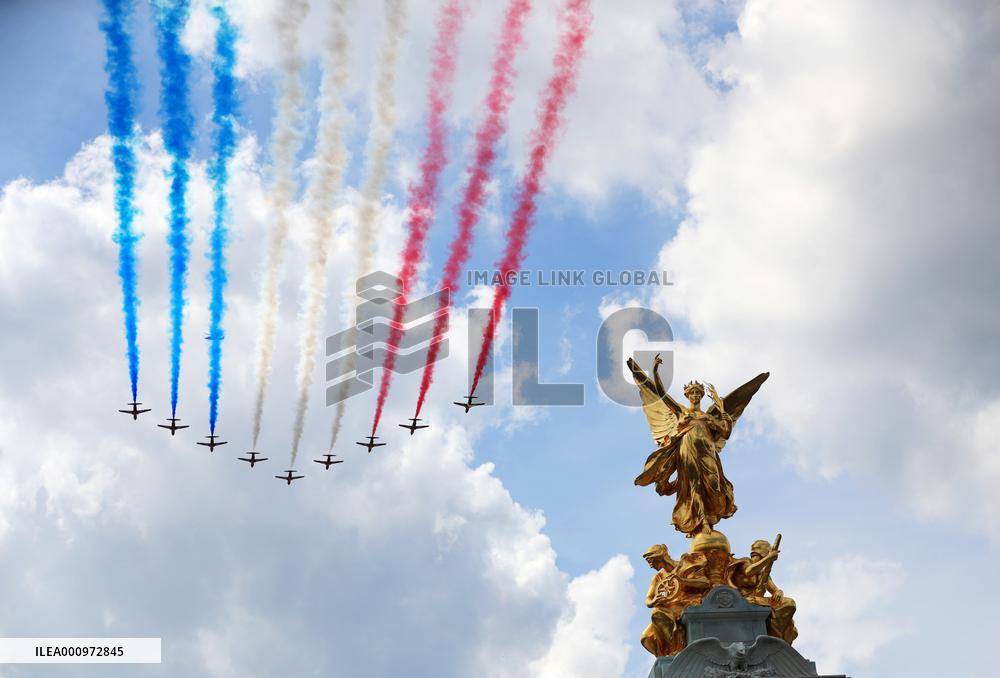 STORY: Platinum Jubilee celebrations for Britain's Queen starts with parade DATELINE: June 3, 2022 LENGTH: 00:05:51 LOCATION: London CATEGORY: POLITICS SHOTLIST: 1. various of Britain's royal family during the parade 2. various of the parade 3. various of flypast 4. various of Britain's Queen Elizabeth II on the Buckingham Palace balcony with her cousin, the Duke of Kent (clip from social media) 5. various of crowds at The Mall and Trafalgar Square STORYLINE: The Platinum Jubilee Celebrations to mark the 70-year reign of Britain's Queen Elizabeth II started with a parade on Thursday. Tens of thousands of people gathered around Trafalgar Square and The Mall in central London to watch the annual military ceremony. The parade was performed by 1,500 officers and soldiers, 350 horses and more than 400 musicians from the Household Division, joined by soldiers from Commonwealth nations. The 96-year-old Queen made an appearance on the Buckingham Palace balcony alongside members of the royal family at the end of