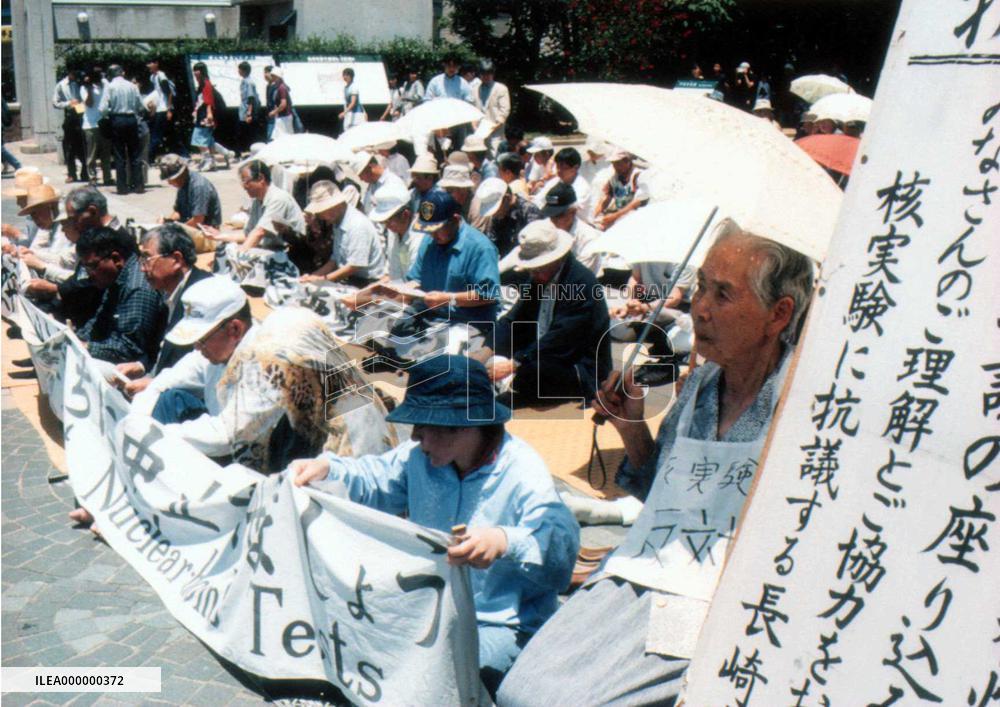 A group of 80 people held a sit-in at Nagasaki's Peace Park May 31 to denounce Pakistan's second round of nuclear tests this week. Participants include Japanese and Korean survivors from the 1945 atomic bomb that flattened the southern Kyushu city in the closing days of World War II. ==Kyodo ITOMAN, Japan - People give a silent prayer June 23 at a memorial service hosted by the Okinawa prefectural government, marking the 60th anniversary of the end of the Battle of Okinawa in the closing stages of World War II, at the Peace Memorial Park in the city of Itoman, Okinawa Prefecture. (Kyodo) OSAKA, Japan - The picture shows the cover of a book published by Junko Ichiba depicting the histories and hardships of 50,000 South Koreans who entered Hiroshima before and during World War II and lived through the atomic bombing of the city in 1945. In the 368-page book titled ''People Who Returned Home With 'Hiroshima','' she details attempts by many such survivors to seek compensation from the Japanese government since the 1960s.