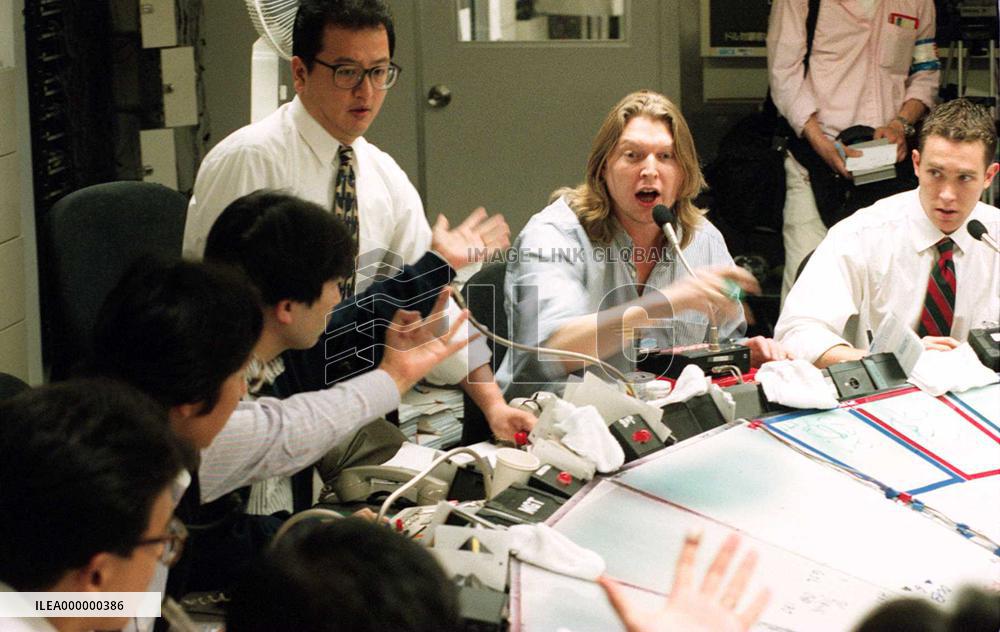 The dollar surges above the 141 yen line in early trading Tuesday June 9, hitting 141.11 yen at one point, the highest level in Tokyo since June 19, 1991. Dealers active at Tokyo's Ueda Harlow Ltd. ==Kyodo 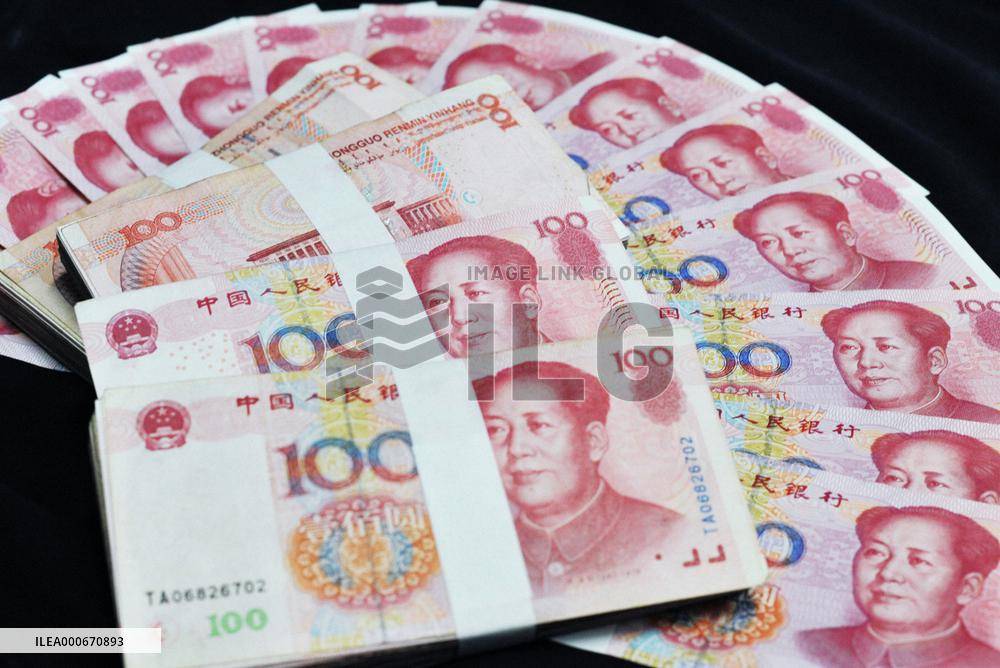 BEIJING, China - The Chinese currency, the yuan, temporarily rose to 6.7969 per dollar in Shanghai on June 21, 2010, its highest level since its reevaluation five years ago. China's central bank decided June 19 to let the yuan's exchange rate move more flexibly. (Kyodo) NEW YORK, United States - Christian Pinto (L), 16, and his brother Elijah, 9, from Pennsylvania point to a poster for the animated film ''Ponyo on the Cliff by the Sea'' at the AMX Empire 25 theater in Times Square, New York, on Aug. 14. They were the first in line for the 10:15 show for the movie that opened the same day. (Kyodo) TOKYO, Japan - An artist's impression of a super deluxe ''Green Car'' cabin of a new shinkansen super-express train that East Japan Railway Co. plans to introduce on the extended Tohoku Shinkansen line by the end of fiscal 2010. According to JR East, the super deluxe ''Green Car'' will seat up to 18 passengers and will boast the same level of comfort as a first-class cabin on an airliner. The new Tohoku Shinkansen line, to be extended to Shin-Aomori station in Aomori Prefecture, will allow a maximum speed of 320 kilometers per hour when in commercial operation. (Kyodo) TOKYO, Japan - Yamada Corp. President Yoshihiko Yonezu, speaking as an unsworn witness, tells a House of Councillors panel on Nov. 15 that a former executive of the scandal-tainted defense equipment trading house entertained former Vice Defense Minister Takemasa Moriya by golfing with him more than 300 times between 1998 and 2006, costing more than 15 million yen for the company. (Kyodo) TAKAMATSU, Japan - Police agents carry away boxes of evidence from the home of a former executive of major frozen food company Katokichi Co. in Mitoyo, Kagawa Prefecture on Nov. 12, after a search on suspicion that the former executive used falsified seals in documents of transactions between a Katokichi subsidiary and an Osaka-based trading house. Katokichi has allegedly been involved in so-called circular trading totaling more than 100 billion yen on fake invoices. (Kyodo) TOKYO, Japan - Former investment fund manager Yoshiaki Murakami (far right), accompanied by his lawyers, walks into the Tokyo District Court to attend his trial on July 19. The court sentenced him to two years in prison, without suspension, and imposed a record 1.15 billion yen surcharge for insider stock trading in 2004 and 2005. (Kyodo)