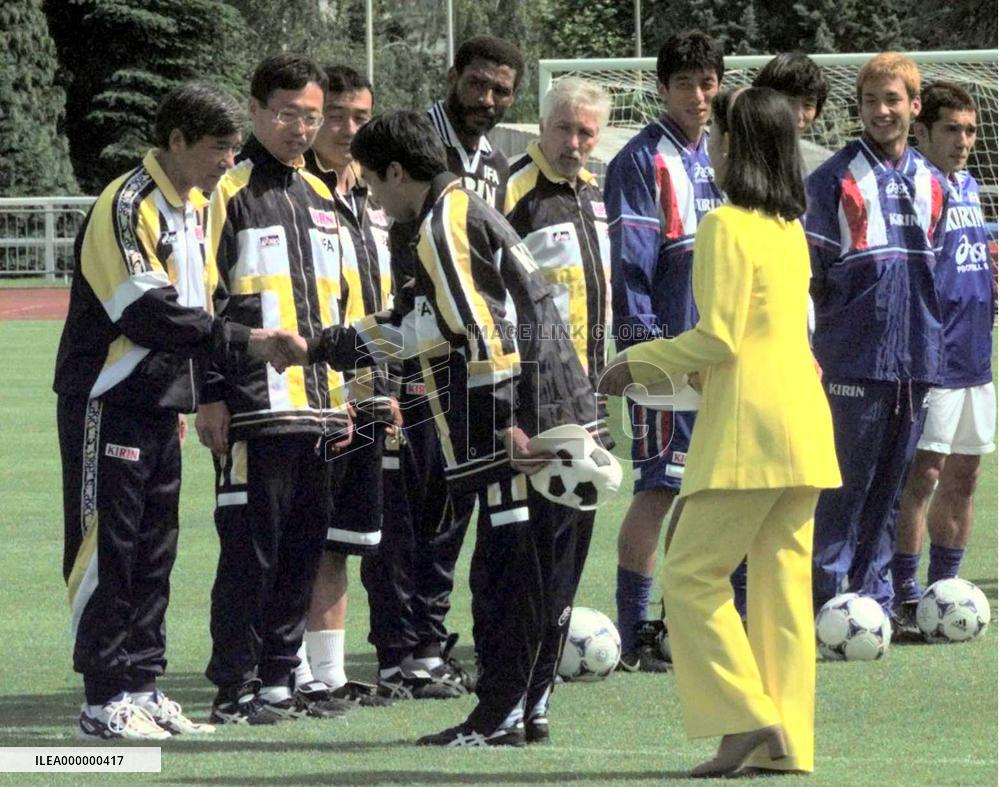 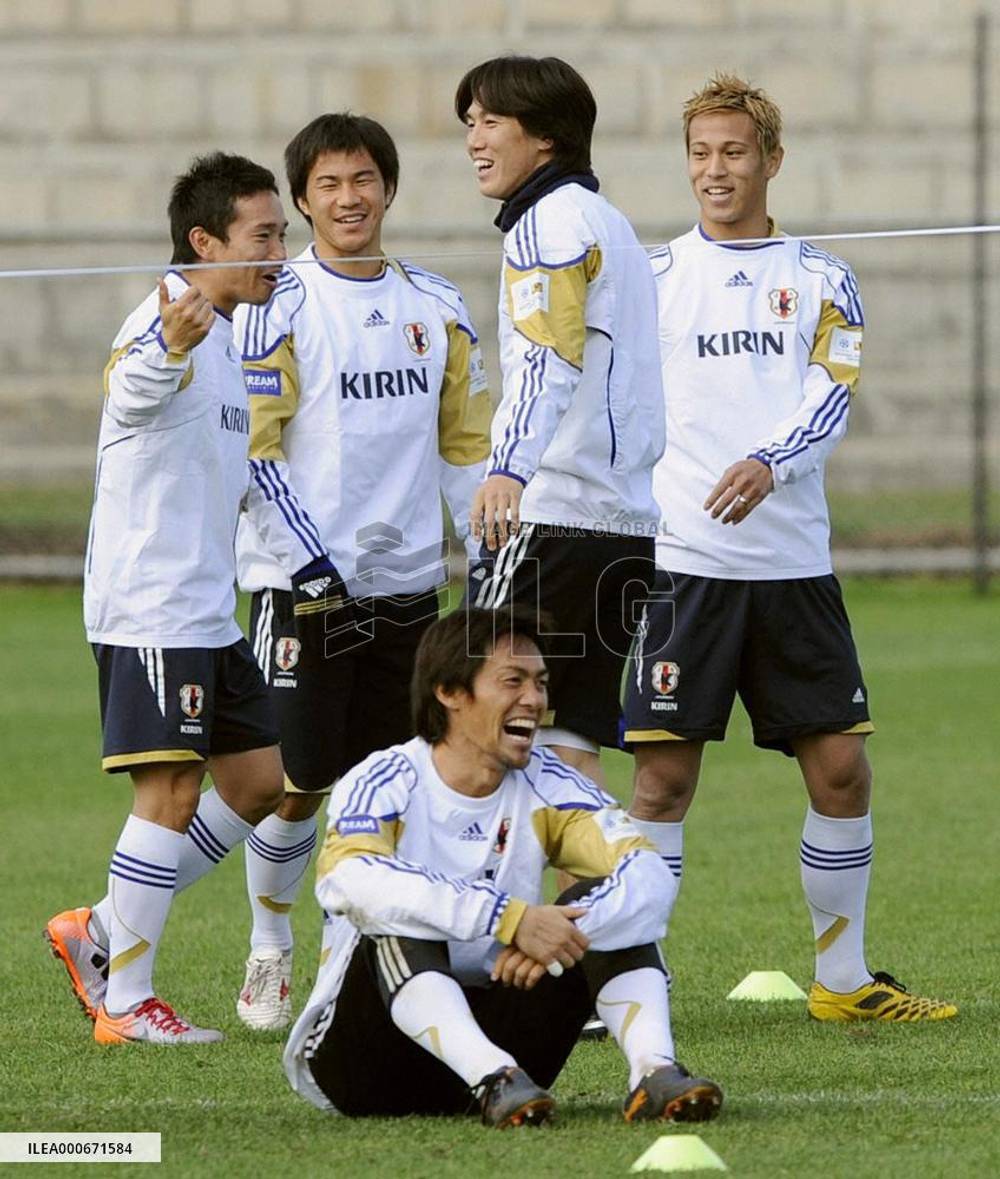 Japan brace for Paraguay match in round of 16

GEORGE, South Africa - Japan goalkeeper Seigo Narazaki (sitting), midfielder Keisuke Honda (R) and teammates take it easy during a practice session in George, South Africa, on June 26, 2010, to prepare for a World Cup round of 16 match against Paraguay. (Kyodo) 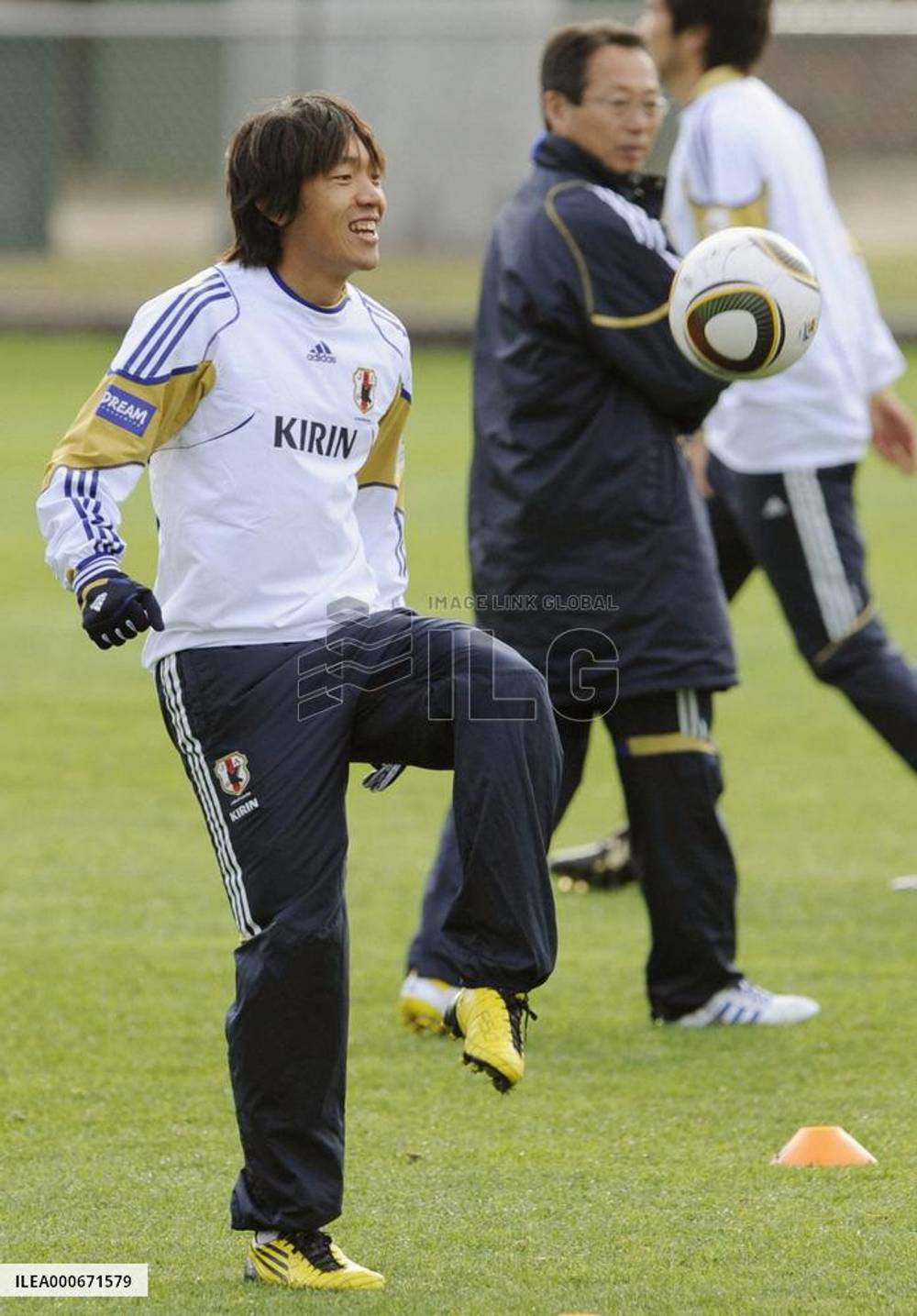 Japan brace for Paraguay match in round of 16

GEORGE, South Africa - Japan midfielder Shunsuke Nakamura bounces the ball during a practice session in George, South Africa, on June 26, 2010, to prepare for a World Cup round of 16 match against Paraguay. Looking on behind him is coach Takeshi Okada. (Kyodo) 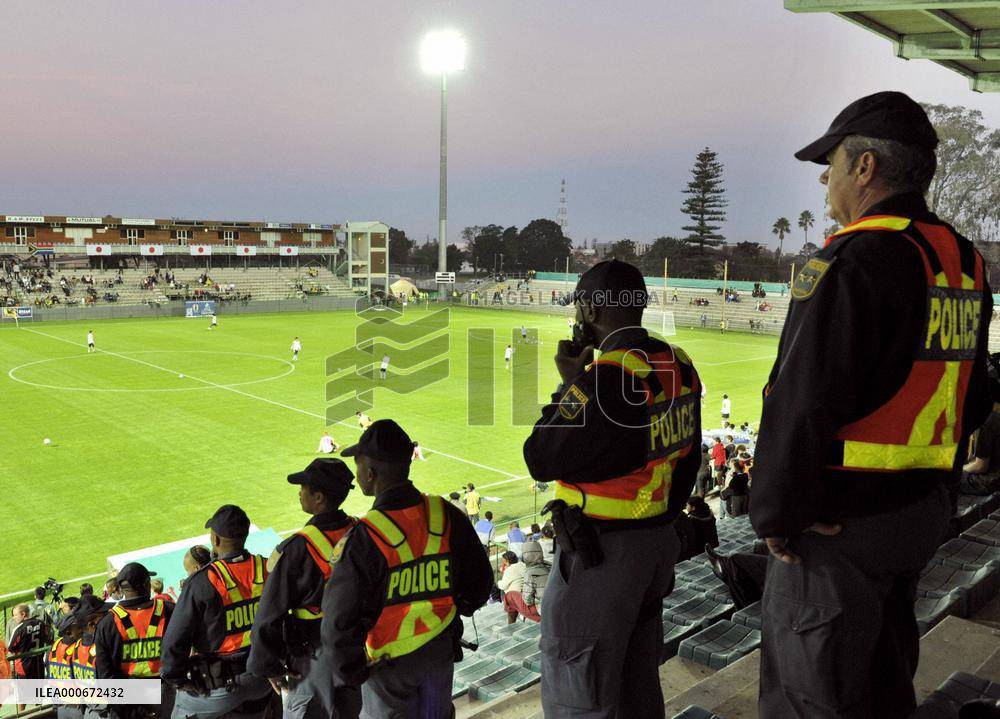 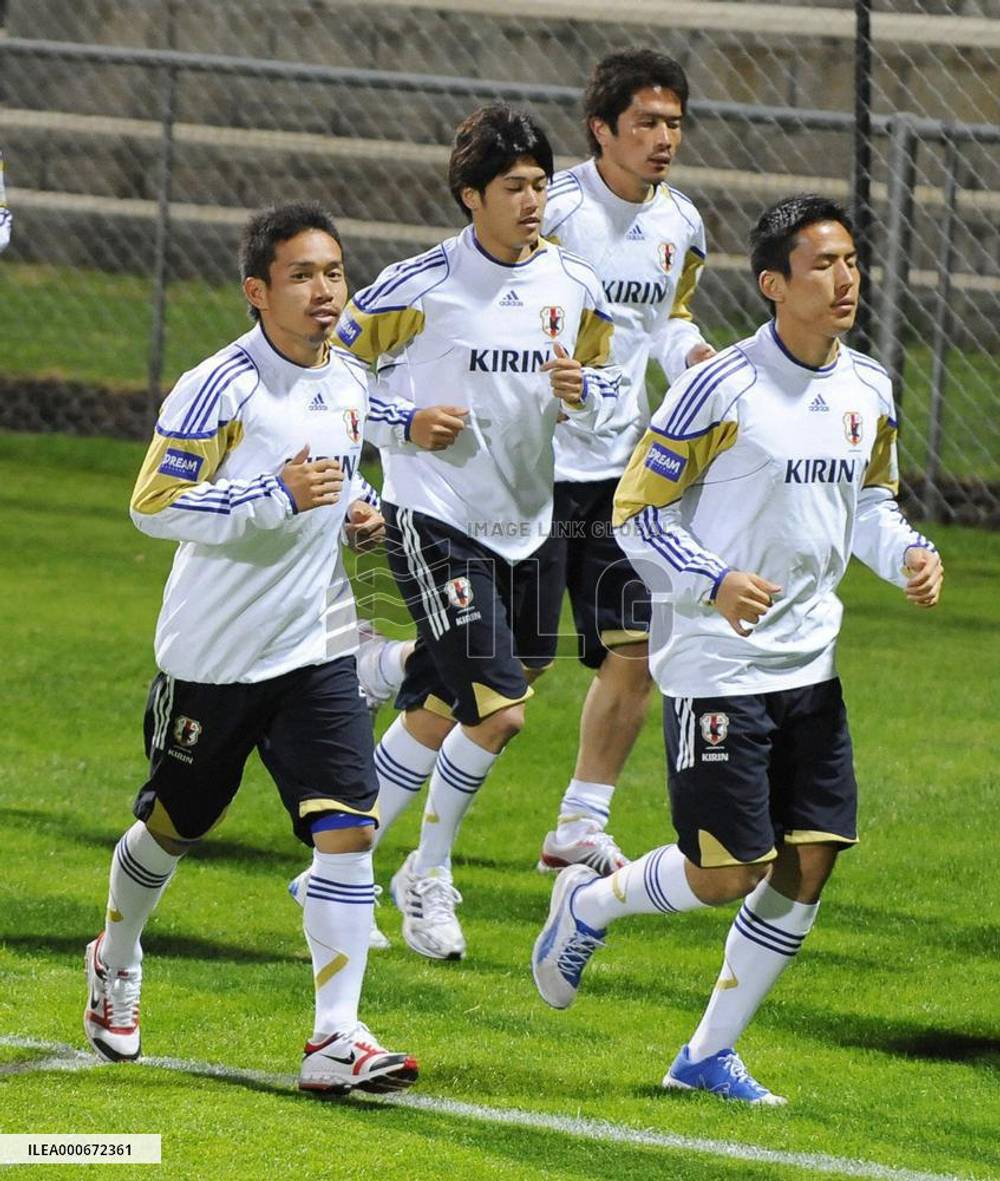 GEORGE, South Africa - Members of Japan's squad for the World Cup finals -- (from L to R) Yuto Nagatomo, Atsuto Uchida, Daiki Iwamasa and Makoto Hasebe -- jog during their first practice session in George, South Africa, on June 6, 2010, after arriving at their base camp on a chartered flight from Geneva. (Kyodo) 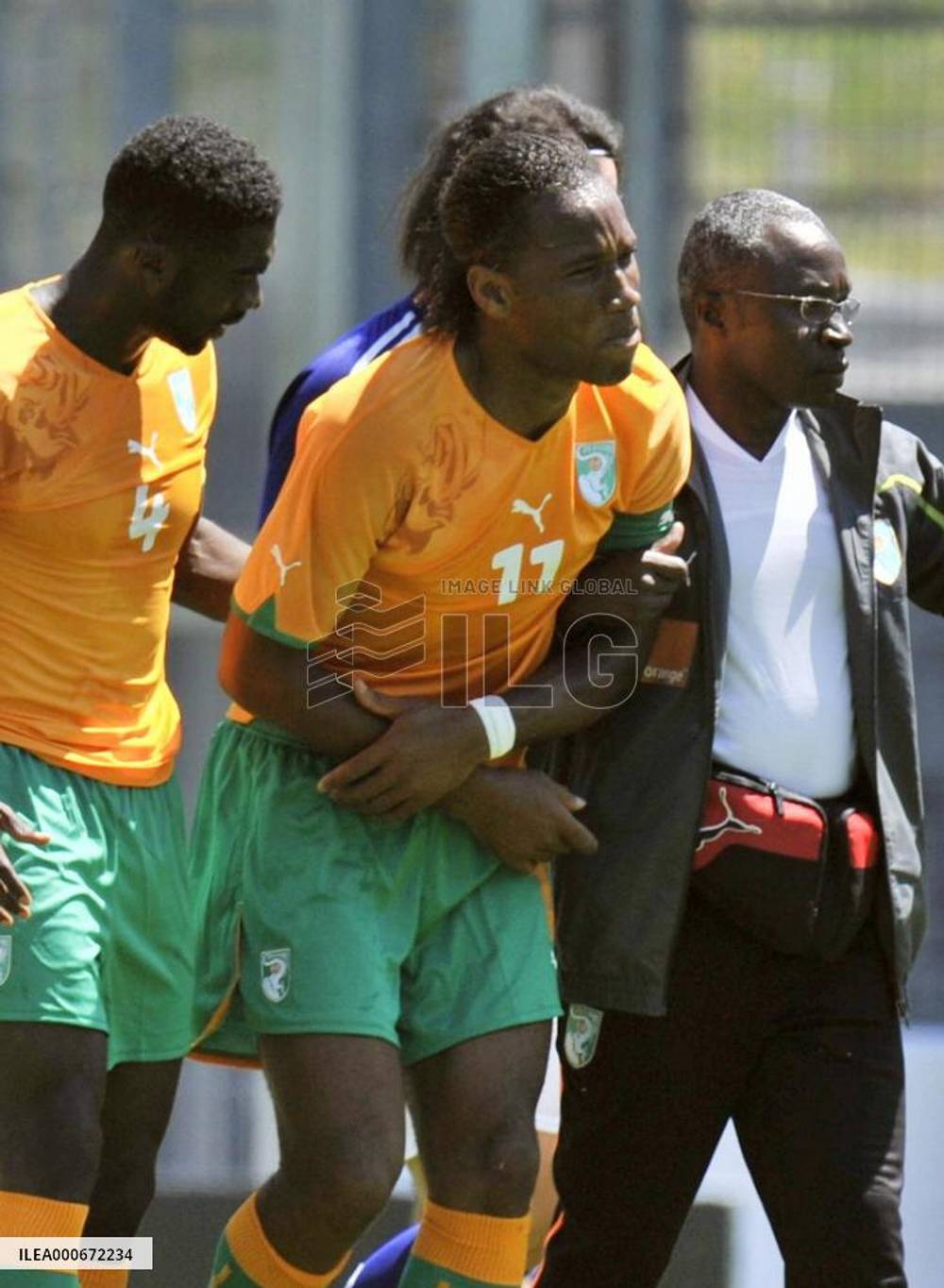 SION, Switzerland - Ivory Coast forward Didier Drogba (C) hobbles off the field after being injured in a collision with Japan defender Marcus Tulio Tanaka during the first half of a warm-up match in Sion, Switzerland, on June 4, 2010, before the start of the FIFA World Cup finals in South Africa on June 11. Ivory Coast won 2-0. (Kyodo) 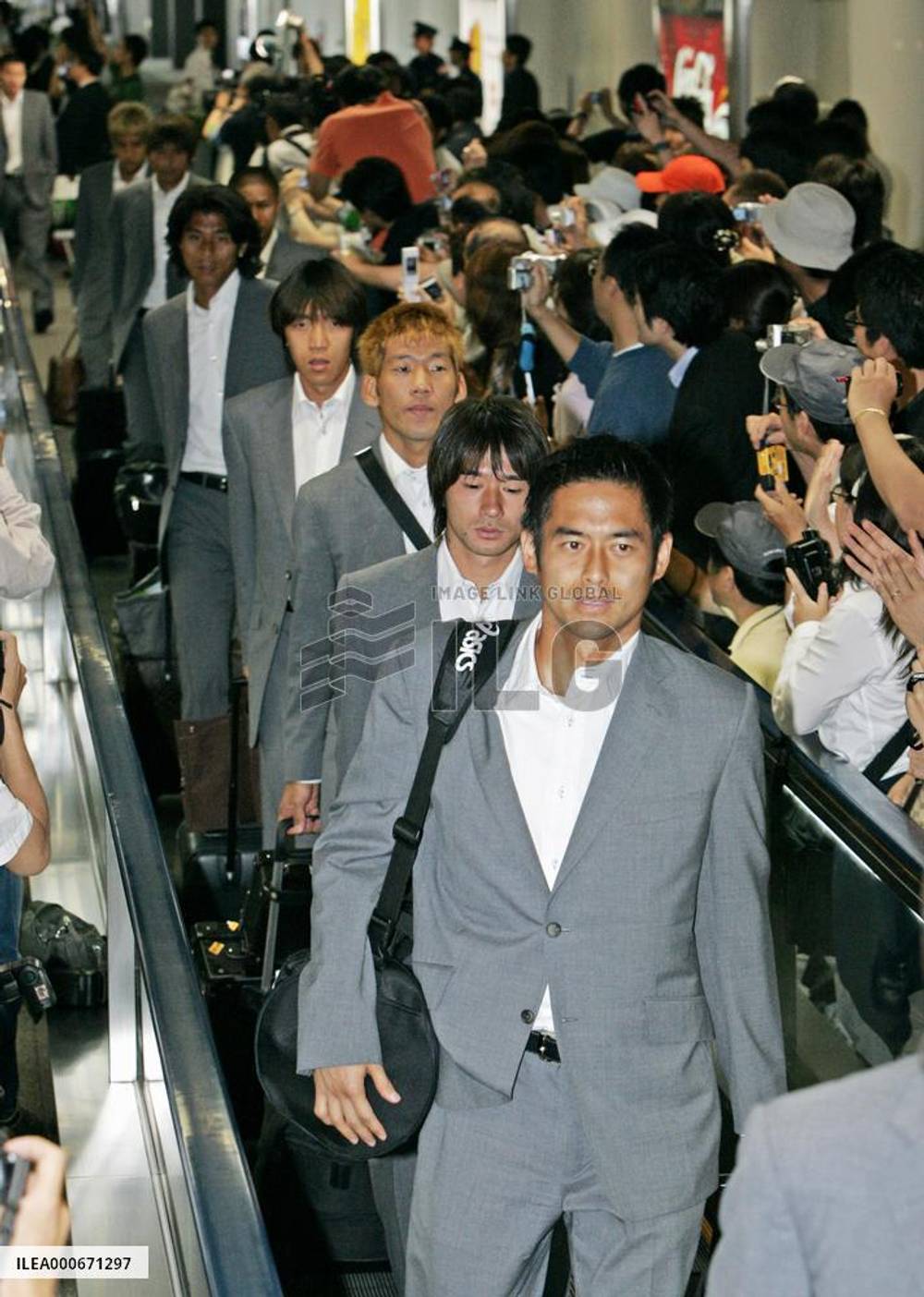 NARITA, Japan - Japanese soccer players are greeted by fans at Narita International Airport, northeast of Tokyo, June 24 as they arrive from Germany after their early exit from the soccer World Cup. (Kyodo) 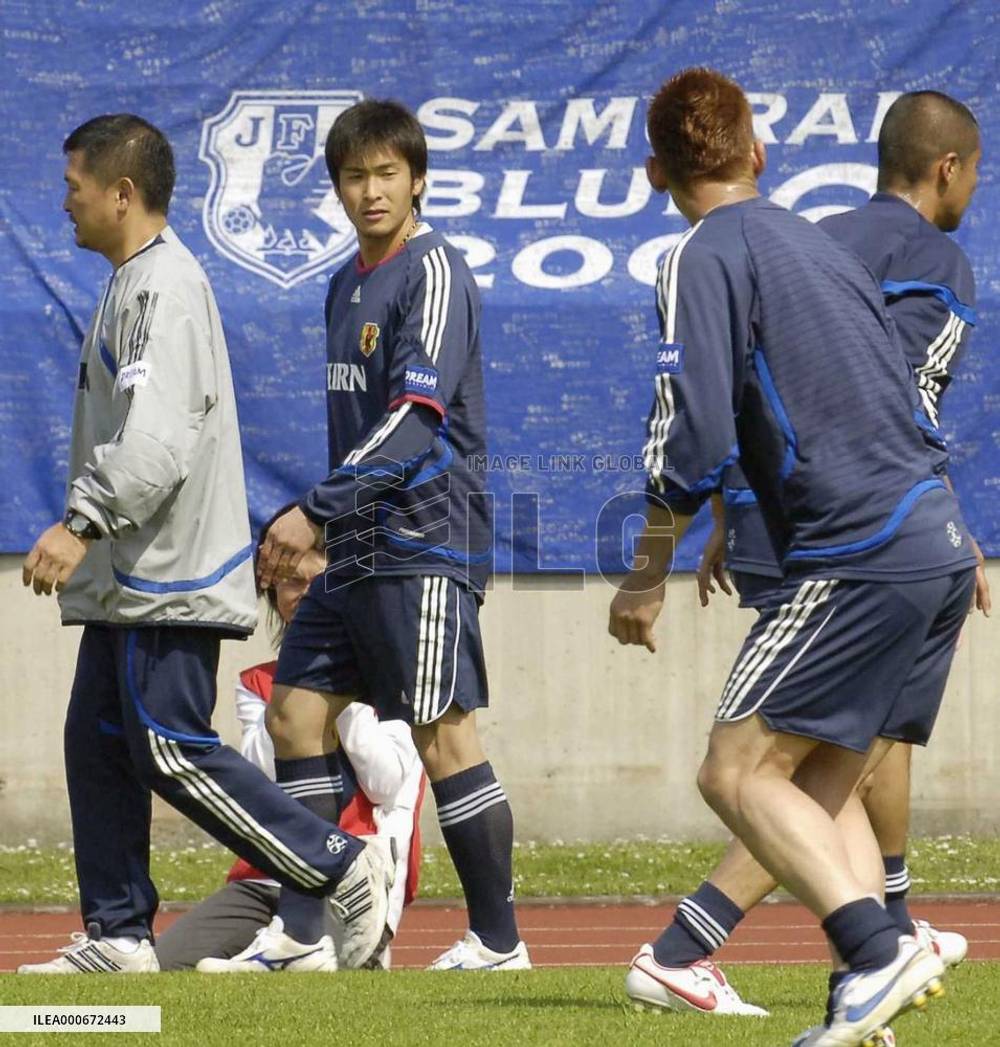 BONN, Germany - Japan winger Akira Kaji (2nd from left), who suffered a badly bruised foot during a warm-up match against Germany, walks with his physical trainer during the team's practice in Bonn on June 7. (Kyodo) 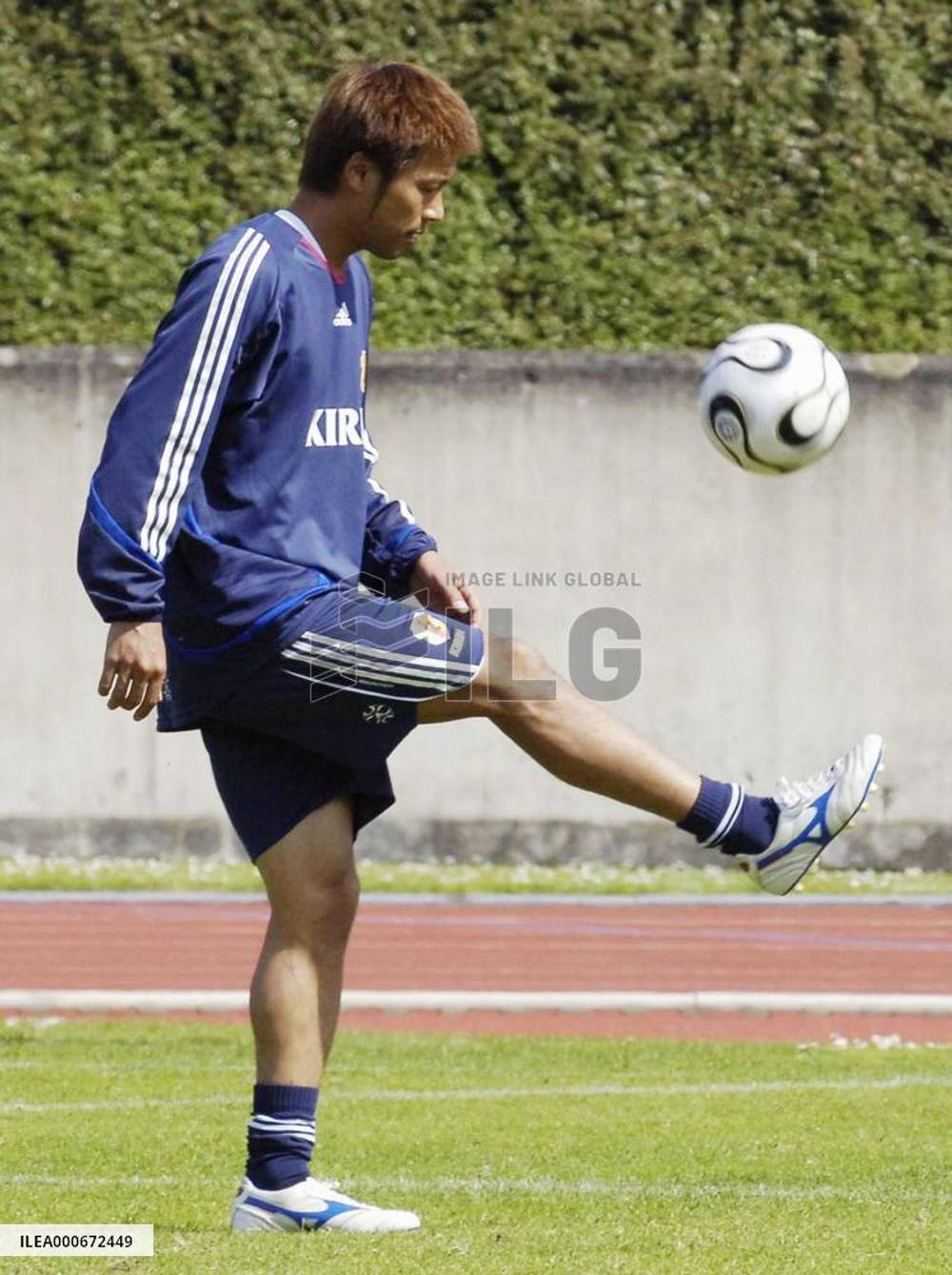 BONN, Germany - Japan striker Atsushi Yanagisawa warms up with a ball during a practice in Bonn on June 7 as the team tunes up for the FIFA 2006 World Cup finals opening on June 9. (Kyodo) 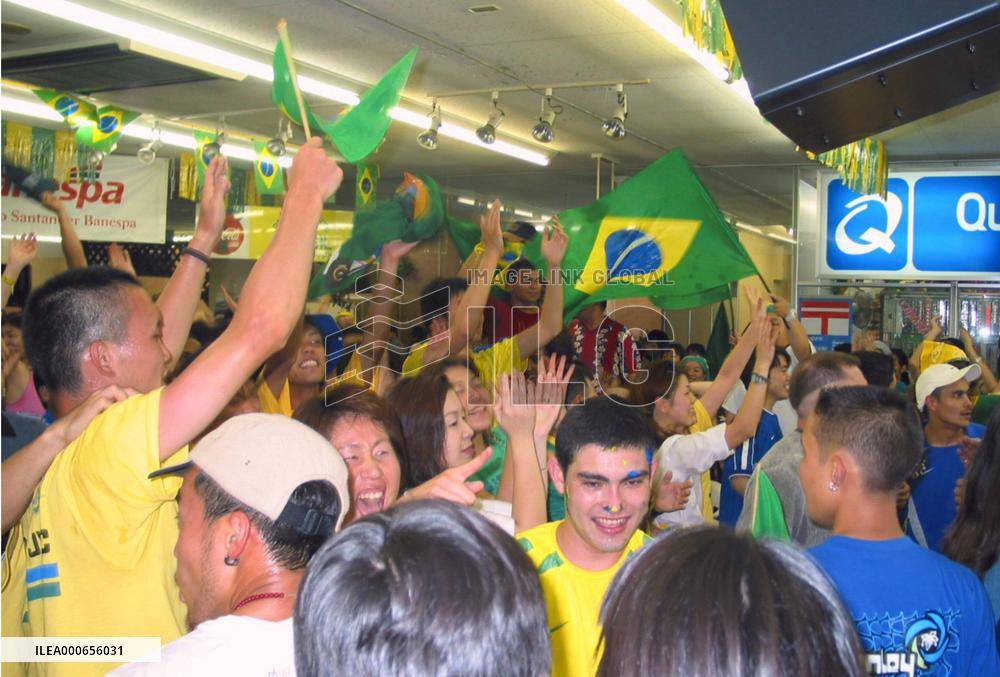 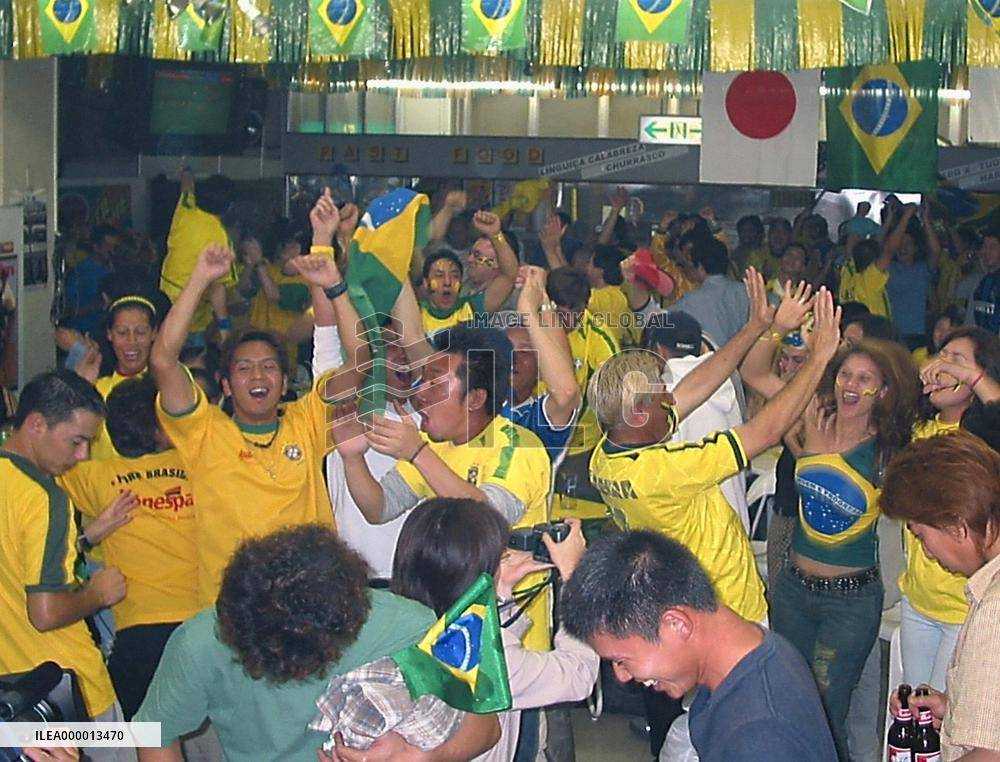 OIZUMI, Japan - Japanese-Brazilians cheer wildly in a shopping mall in Oizumi, Gunma Prefecture, on June 26, 2002 after Brazil scored in the World Cup semifinal against Turkey at the International Stadium Yokohama. (Kyodo)