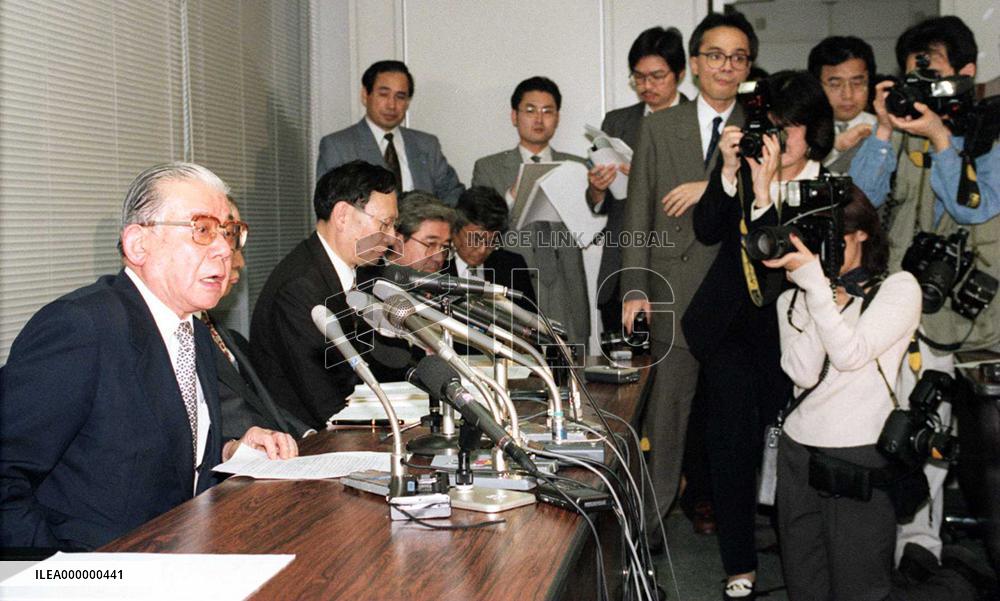 Sanyo Securities to fold if no t

Sanyo Securities Co. will shut down operations by the end of August if it cannot find a corporate partner, domestic or foreign, to rescue the second-tier Japanese brokerage. ''Sanyo has not given up on restructuring,'' Akira Fujishima (far L), the court-appointed provisional trustee to the brokerage, tells a news conference at the Tokyo Stock Exchange in downtown Tokyo on June 24. ==Kyodo TOKYO, Japan - Koichi Enomoto (L), president of Akai Electric Co., a leading producer of audio equipment and videocassette recorders, speaks at a news conference at the Tokyo Stock Exchange on Nov. 2 after the company filed for court protection from creditors, with 47 billion yen in debt. TOKYO, Japan - Kohei Nishi, president of Snow Brand Milk Products Co., involved in a massive food poisoning scandal, meets the press at the Tokyo Stock Exchange building in Tokyo on Sept. 26. He unveiled a restructuring plan that includes cutting the company's workforce by 1,300 to 5,500 by the end of fiscal 2002.