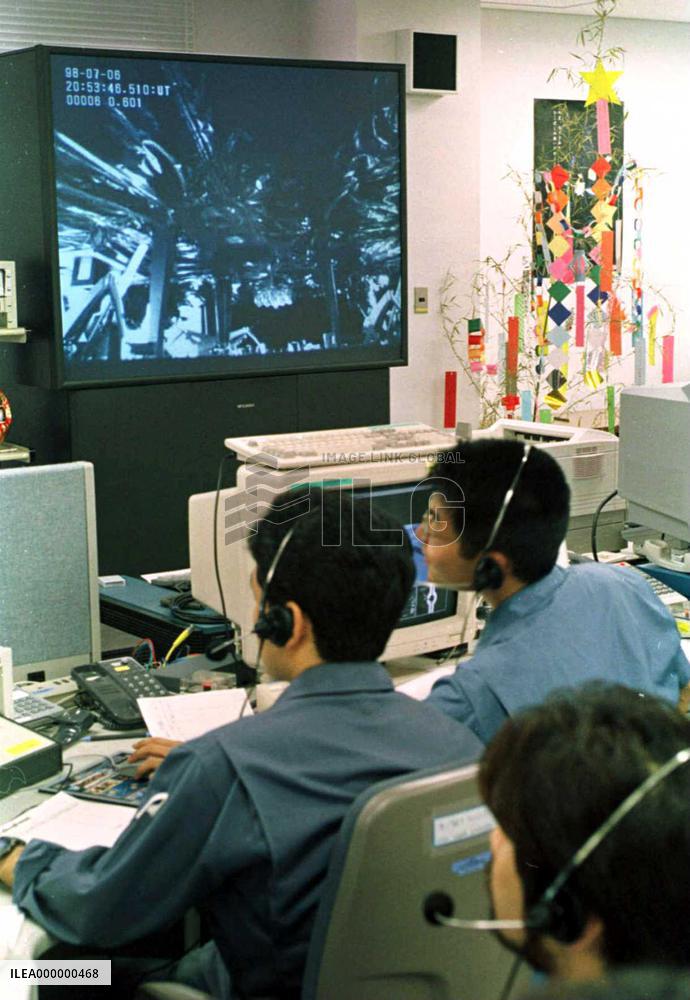 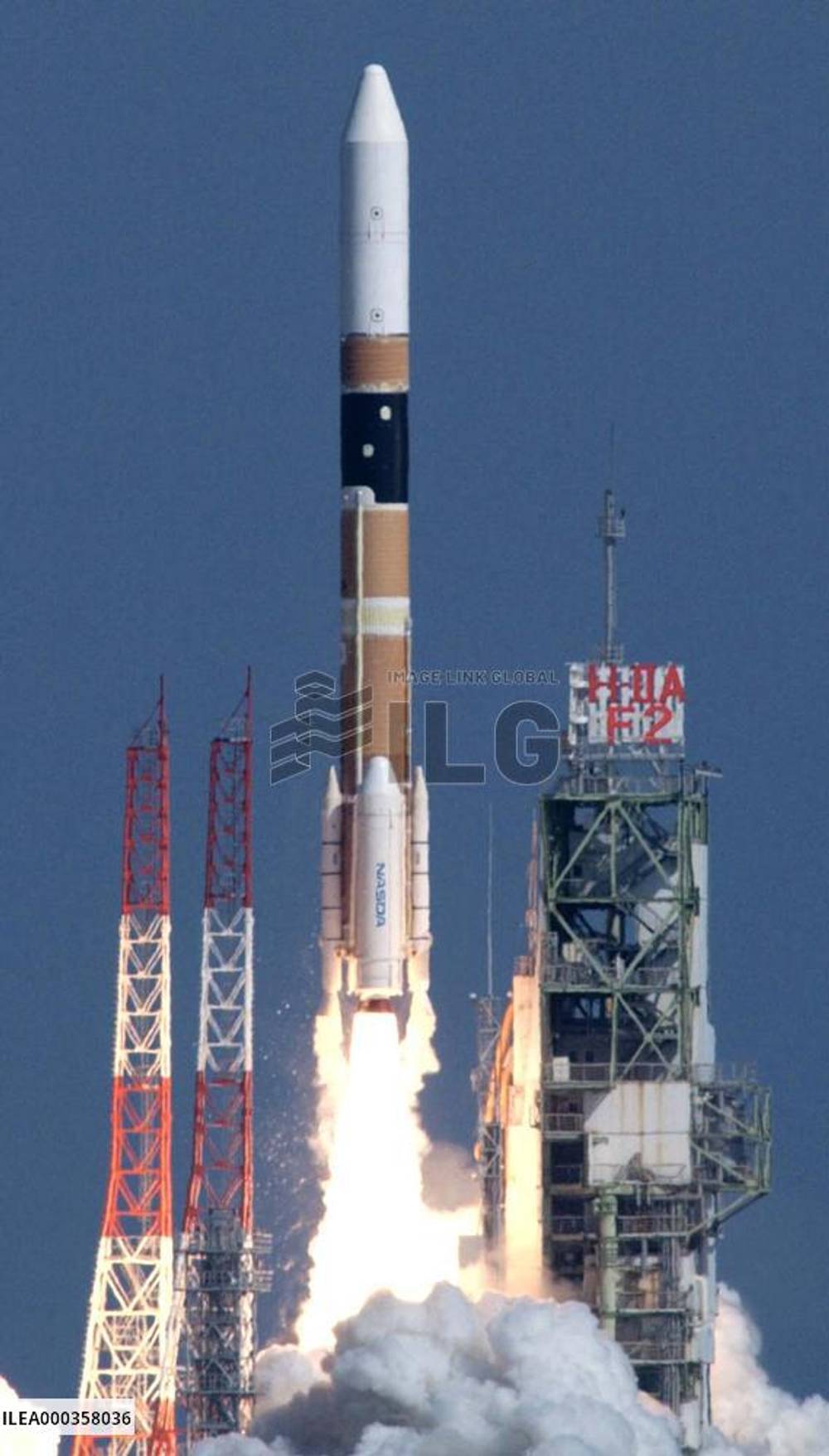 TANEGASHIMA, Japan - Japan's second H-2A rocket lifts off at 11:45 a.m. on Feb. 4 from the Tanegashima Space Center of the National Space Development Agency of Japan (NASDA) in Kagoshima Prefecture, southwestern Japan, carrying experimental equipment to pave the way for commercial launching of satellites. Japan's H-2A rocket stands on the launching pad at Tanegashima Space Center of the National Space Development Agency of Japan (NASDA) on the morning of Aug. 29. NASDA said later the launch of the rocket, originally scheduled at 1 p.m. Aug. 29 has now been rescheduled to 4 p.m. because of a delay in loading fuel. TOKYO, Japan - Representatives from the Center for Research and Documentation on Japan's War Responsibility, Women's Active Museum on War and Peace, and Violence Against Women in War-Network Japan meet the press in Tokyo on July 31, after submitting a joint proposal to the government urging Prime Minister Shinzo Abe to clearly apologize and compensate the victims of Japan's sexual enslavement during World War II. The move came a day after the U.S. House of Representatives passed a resolution urging Japan to ''formally acknowledge, apologize and accept historical responsibility in a clear and unequivocal manner'' over the sex slave issue. (Kyodo) 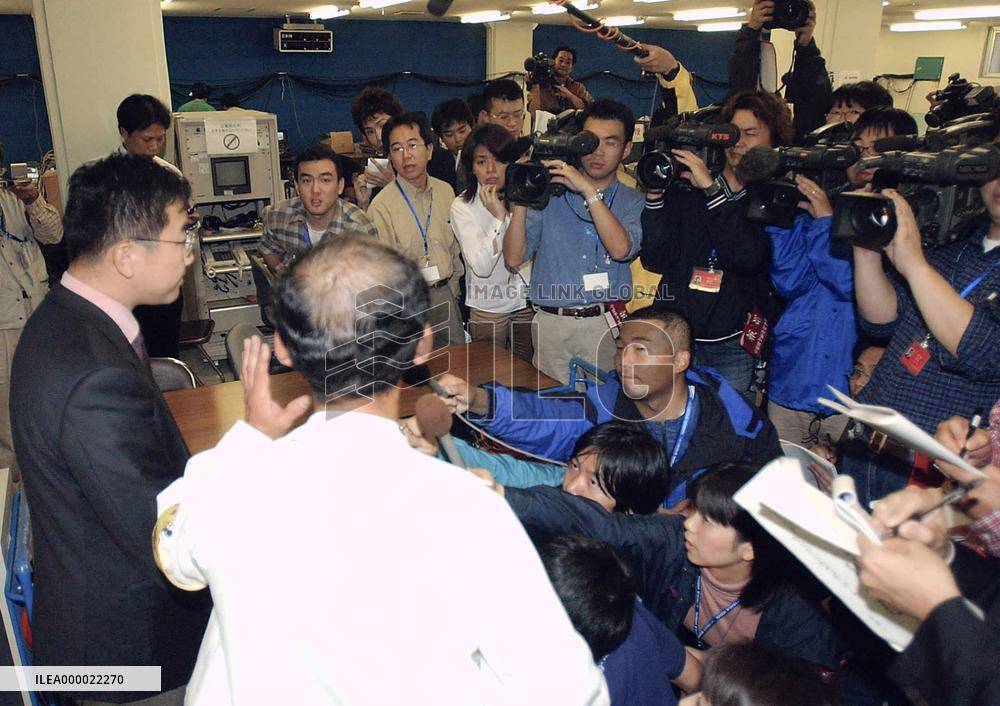 TANEGASHIMA, Japan - Japan Aerospace Exploration Agency officials are surrounded by reporters at Tanegashima Space Center on Tanegashima Island in Kagoshima Prefecture on Nov. 29. The agency deliberately destroyed an H-2A rocket and its payload of spy satellites 10 minutes after liftoff due to an unspecified failure. (Kyodo) TOKYO, Japan - The National Police Agency (NPA) has equipped about 8,600 teams at police headquarters nationwide with new riot gear (photo) to deal with hooligans and other security issues during the upcoming World Cup soccer finals, NPA officials said Thursday. The new gear is a three-item set comprised of a helmet, protective body gear and transparent shield, which weighs a total of 10.6 kilograms, 1.3 kg lighter than the current set. TOKYO, Japan - Satoshi Furukawa (R), 36, and Hoshide Akihiko (L), 32, smile for photographers at the National Space Development Agency of Japan (NASDA) in Tokyo on Jan. 24 after NASDA official recognized them as astronauts now eligible to take part in the International Space Station (ISS) project. At center is Mamoru Mohri, who participated in U.S. space shuttle missions in 1992 and in 2000. TOKYO, Japan - Japanese and U.S. officials on July 10 resume talks in Tokyo on telecommunications deregulation in a bid to resolve their longstanding dispute over Japan's telephone interconnection rates before the July 21-23 Group of Eight summit in Okinawa Prefecture. The two countries are at odds over how to reduce the hookup fees that Nippon Telegraph and Telephone Corp. charges its competitors for use of its local networks. The previous round of talks was held in March. OARAIMACHI, Japan - Police arrest Koji Takahashi , 61,(C), leader of the ''Life Space'' cult, in Oaraimachi in Ibaraki Prefecture, northeast of Tokyo, on Feb. 22 on suspicion of leaving a seriously ill man to die without medical treatment. Five cult members were also arrested. The cultists took the victim, then 66, from a hospital where he was being treated for a brain hemorrhage in Itami, Hyogo Prefecture in western Japan, to a hotel in Narita, east of Tokyo, on July 2 last year. TANEGASHIMA, Japan - Photo shows a rocket carrying a multipurpose satellite owned by the Japanese government as it takes off on Nov. 15 from the National Space Development Agency's Tanegashima Space Center in Kagoshima Prefecture, southwestern Japan. The rocket, however, crashed some 4 minutes after the 4:29 p.m. launch due to main engine trouble.