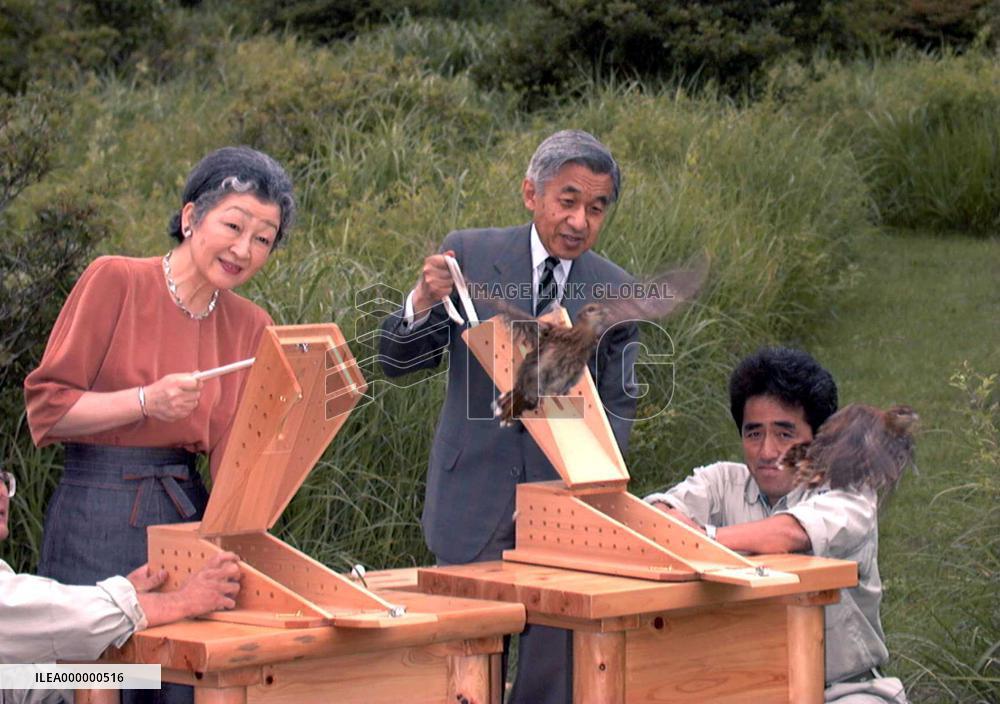 Emperor Akihito (C) and Empress Michiko (L) unleash birds in the garden of their summer resort villa at Nasu, Tochigi Prefecture, north of Tokyo, on Tuesday July 21. They have been observing the annual practice in hopes of promoting wild bird breeding. ==Kyodo Stunning view of ice and sea in north China

STORY: Global population of crested ibises exceeds 9,000 DATELINE: Dec. 7, 2022 LENGTH: 0:01:05 LOCATION: XI'AN, China CATEGORY: ENVIRONMENT SHOTLIST: 1. various of crested ibises STORYLINE: The global population of crested ibises, a rare bird species, has increased from seven in 1981 to more than 9,000 at present. This is according to the forestry authorities of northwest China's Shaanxi Province. Official figures show the species' habitat area has expanded from under 5 square kilometers to about 16,000 square kilometers. The crested ibis, with its iconic red crest and long black beak, was in the past widely distributed across East Asia and Russia's Siberia. It was thought to be extinct in China until seven wild birds were observed in Yangxian County, Shaanxi, in 1981, a discovery that prompted captive breeding and enhanced the protection of the species. Currently, about 7,000 crested ibises live in Shaanxi. Xinhua News Agency correspondents reporting from Xi'an, China. (XHTV)