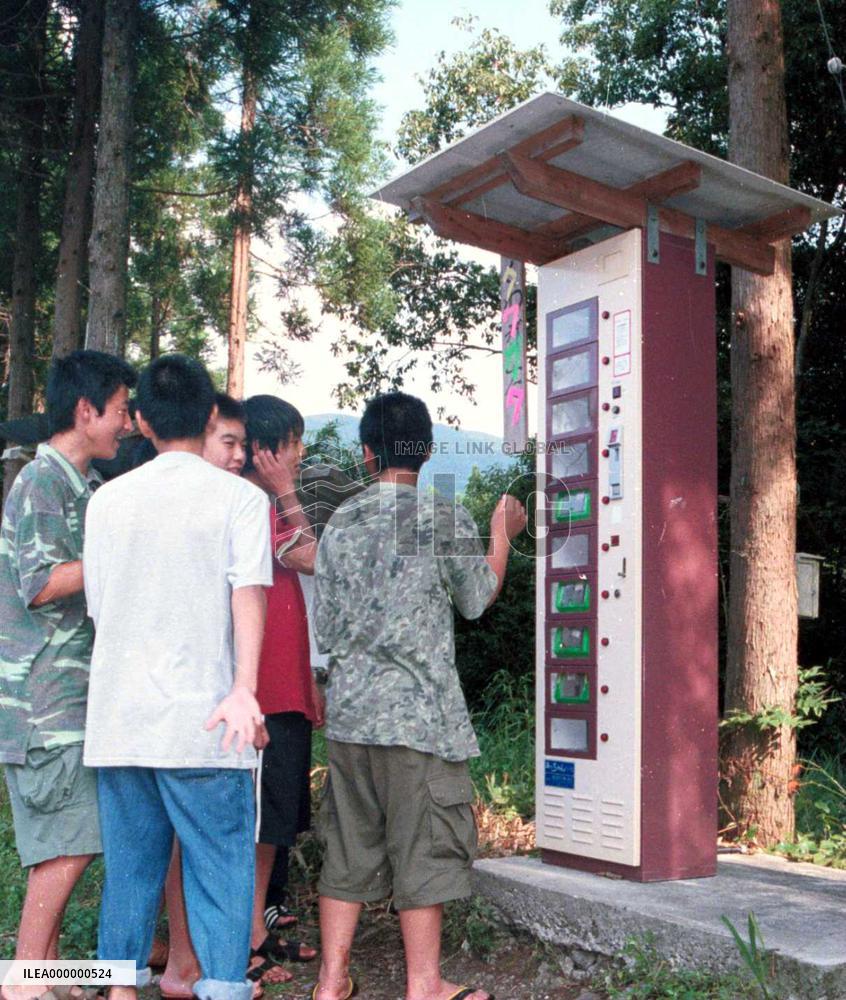 The latest addition to the country that abounds in all sorts of vending machines is a ''beetle vendor'' installed in the town of Yamanokuchi in Miyazaki Prefecture on Friday July 24. The owner of the machine reckons it will have good customers among school children.

STORY: New energy vehicles gaining popularity in China's Xinjiang DATELINE: July 1, 2022 LENGTH: 0:01:20 LOCATION: URUMQI, China CATEGORY: ECONOMY/SOCIETY SHOTLIST: STORYLINE: New energy vehicles (NEV) are gaining popularity in China's Xinjiang Uygur Autonomous Region. Official figures show that from January to May this year, nearly 1,800 NEVs were sold in Urumqi, the regional capital, an increase of over 380 percent year on year. In Ili Kazak Autonomous Prefecture, 2,200 NEVs were sold in the first half of this year, up 64 percent year on year. SOUNDBITE 1 (Chinese): GU MAOGUO, New energy vehicle owner in Xinjiang "We are answering the call of the country for peaking carbon dioxide emissions before 2030 and achieving carbon neutrality before 2060. In addition, global oil prices have kept rising, and we can easily find charging stations around here, so we have decided to buy a new energy vehicle. China has taken measures to bolster the NEV industry, including extending the preferential policy for NEV p Boys checking a pair of beetles they bought from an automatic vending machine in Ogaki, Gifu Prefecture that dispenses the insects, at 400 yen a pair. Developed by a local machinery maker, the automatic beetle dispenser has caught the fancy of local kids, who, the owners say, empty the stock every day. Beetles are kept as pets by children in Japan.