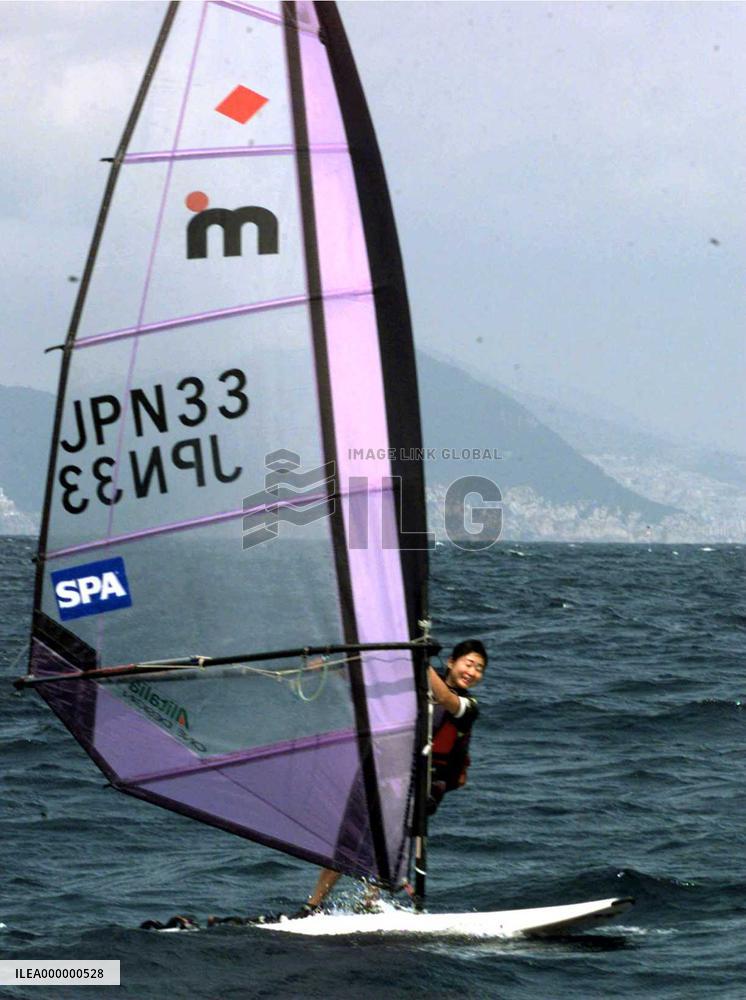 Mie Tajima, a 29-year-old Japanese woman, arrives at the southern South Korean port of Pusan on July 23 after crossing the Korean Strait from the southwestern Japan island of Tsushima aboard a sailboard to mark the co-hosting of succer's World Cup finals by Japan and South Korea in 2002. Two other Japanese also arrived in Pusan after completing a 50-kilometer trip with Tajima. 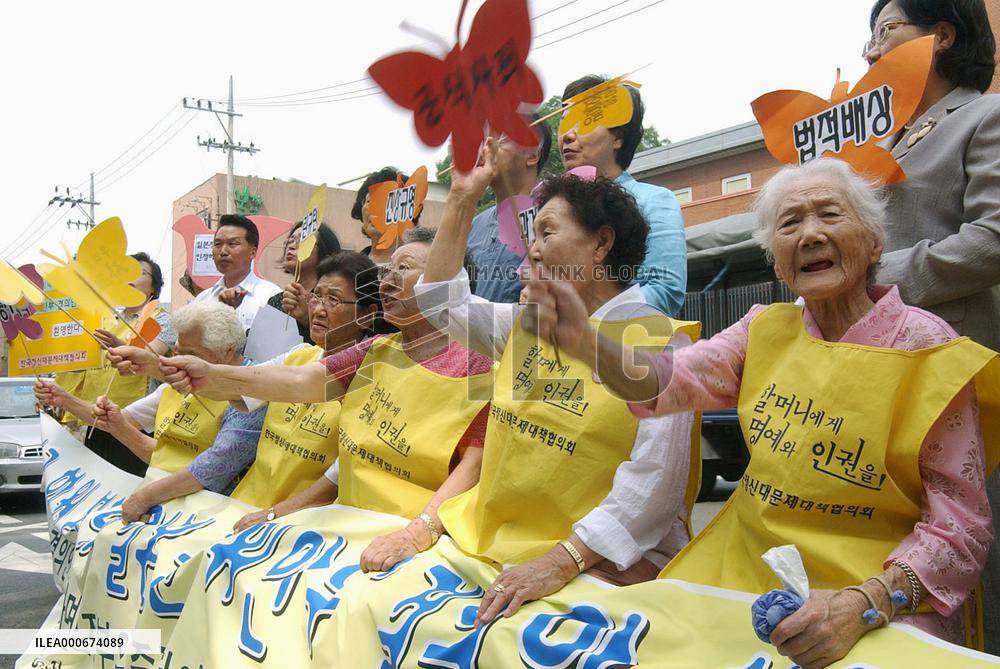 SEOUL, South Korea - A South Korean man on Wednesday climbed onto the roof of a guard post at the Japanese Embassy in Seoul on March 21 to protest Prime Minister Shinzo Abe's remarks disputing the Imperial Japanese Army forced foreign women into sexual slavery during World War II. The man scaled the guard post at around 11:50 a.m. wearing around his body a cloth with Abe's picture. He then trampled on the Japanese flag. JEONJU, South Korea - Kim Young Ja, sister of Kim Young Nam, the South Korean man believed to have been abducted to North Korea nearly three decades ago, speaks at a press conference in Jeonju on July 2. She quoted her brother as saying at their recent reunion that Japan is making false claims about his former wife, Japanese abductee Megumi Yokota. ''Please leave me alone and tell them (the Japanese) so,'' she quoted him as saying. SEOUL, South Korea - South Korean civic group members clash with police in their rally near the Japanese Embassy protesting Japan ahead of the Japanese-designated ''Takeshima Day.'' Japan's Shimane Prefecture will mark the first ''Takeshima Day'' on Feb. 22, which the western Japan local government designated in March last year to claim the disputed group of S. Korean-controlled islets in the Sea of Japan. SEOUL, South Korea - Members of Korean civic groups burn a Japanese national flag outside the Japanese Embassy in Seoul on March 14 in protest over a series of moves in Japan related to the uninhabited island called Takeshima in Japanese and Tokto in Korean. YOKOHAMA, Japan - FIFA president Sepp Blatter speaks at a news conference in Yokohama on June 15. He said FIFA will investigate a ticket fiasco that left swaths of seats empty during the World Cup soccer finals co-hosted by Japan and South Korea. (World Cup 2002)