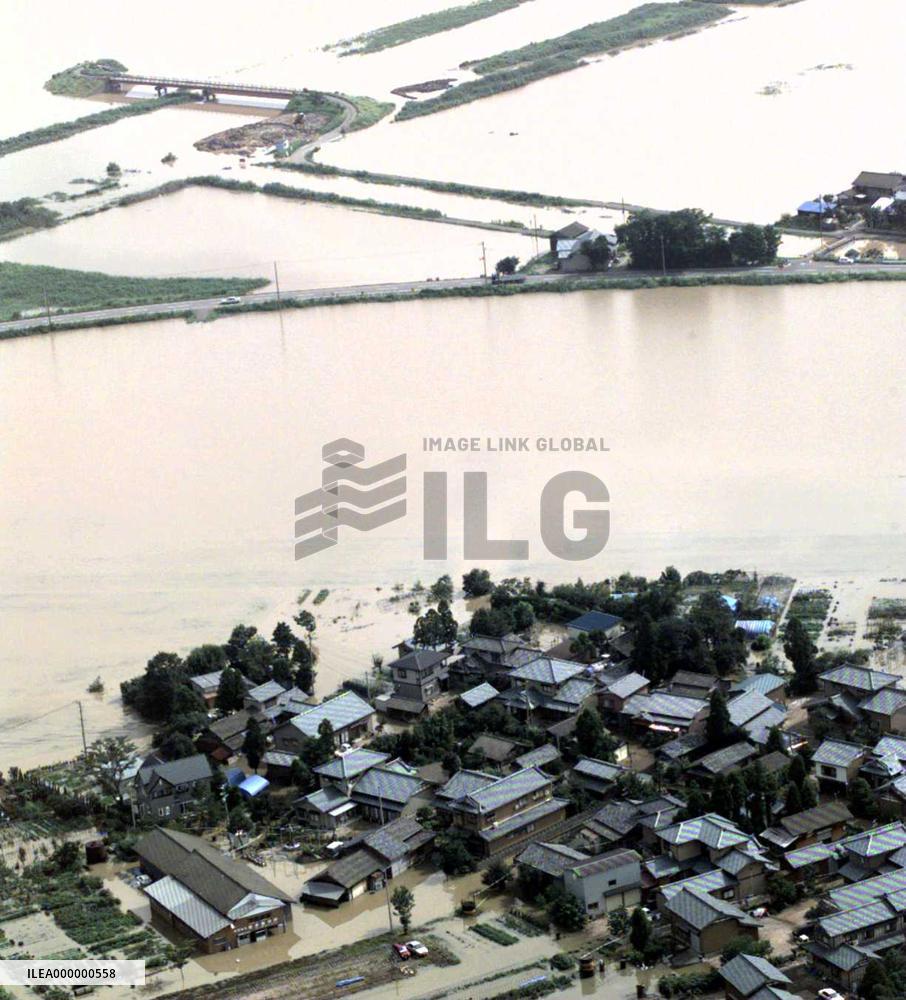 Torrential rains in northern Niigata Prefecture flood more than 14,000 homes and cut the electricity in some 29,000 homes in the city of Niigata on Aug. 4. Hourly rainfall measured 97 millimeters, the heaviest since the Meteorological Agency started compiling data in 1886. The photo taken Wednesday morning shows the farming village of Sasakami sitting under water after a river overflowed and broke a dike the previous day. Strong rains increased the water level of rivers in the eastern parts of Czechia, with several locations reporting the third degree of flooding during the day, according to the flood service. Pictured river Olse in Karvina, Czech Republic, June 19, 2020. (CTK Photo/Drahoslav Ramik) TOKYO, Japan - Photo, taken at 6:05 p.m. Aug. 7 at Tokyo Heliport in the Shinkiba district, Koto Ward, shows a tornado forming in Tokyo Bay near Haneda airport. The tornado disappeared soon after with no casualties or damage reported, the Meteorological Agency said. The tornado, quite rare for Tokyo Bay, formed above the water about 25 kilometers east of Haneda airport, off Ichihara in Chiba Prefecture, around 5:50 p.m.