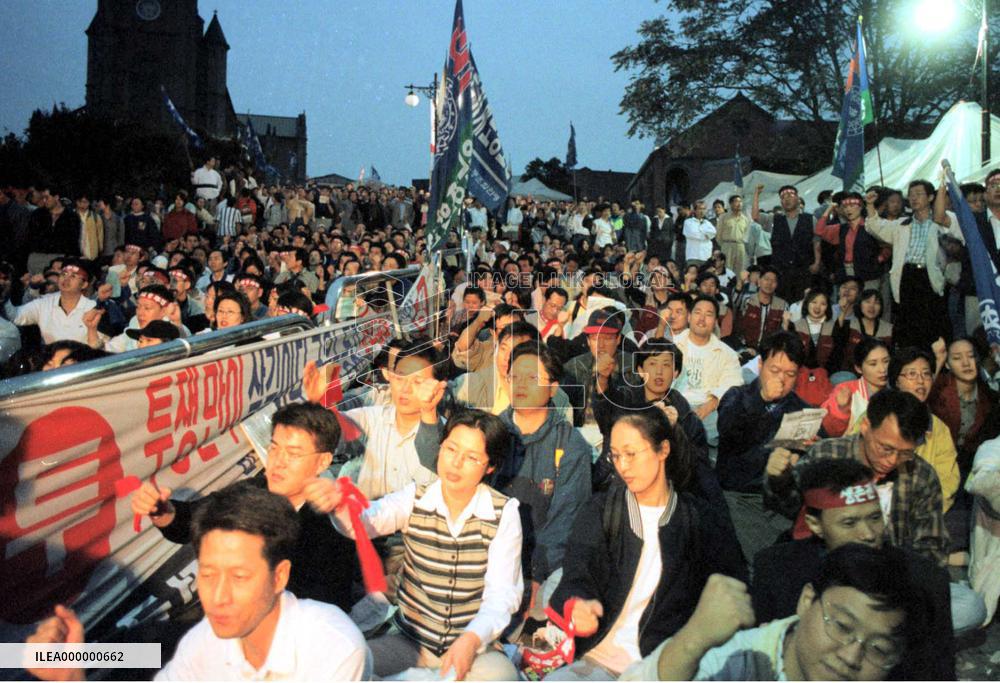 Employees of South Korean banks and other financial institutions call for withdrawal of management-proposed layoff scheme in a rally held in Seoul on Tuesday Sept. 29.