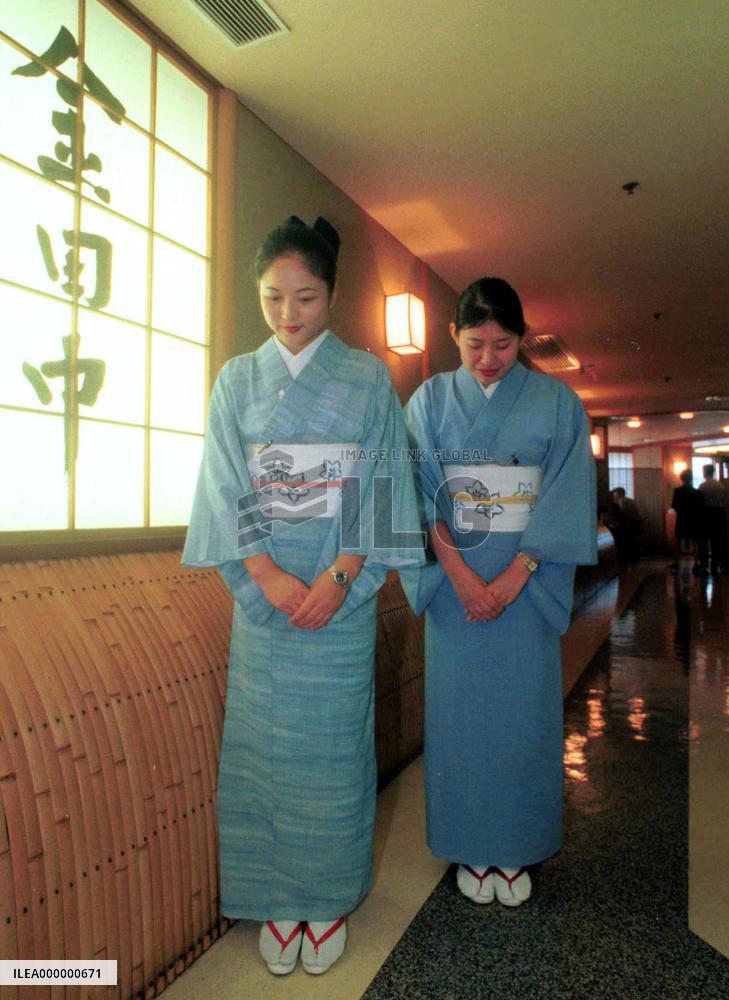 Hong Kong Kanetanaka, a branch of prestigious Japanese restaurant Kanetanaka based in Shimbashi, Tokyo, closes its doors Sept. 30 after 34 years of operation. The restaurant, located inside the Sogo Department Store in Causeway Bay since 1964 and frequented by Japanese businesspeople in Hong Kong, had faced a business slump triggered by the Asian currency crisis. ==Kyodo KITAKYUSHU, Japan - Mitsuko Katagishi, 60, of Fukuoka, who has been charged of killing her brother Shunichi Koga, 58, in 2004 and torching his house, speaks to reporters in Kitakyushu, Fukuoka Prefecture, on March 5 after the Kokura branch of the Fukuoka District Court acquitted her of the murder and arson charges. The court sentenced her to one year and six months in prison, suspended for three years, on separate charges of theft and forcible obstruction of business. (Kyodo)