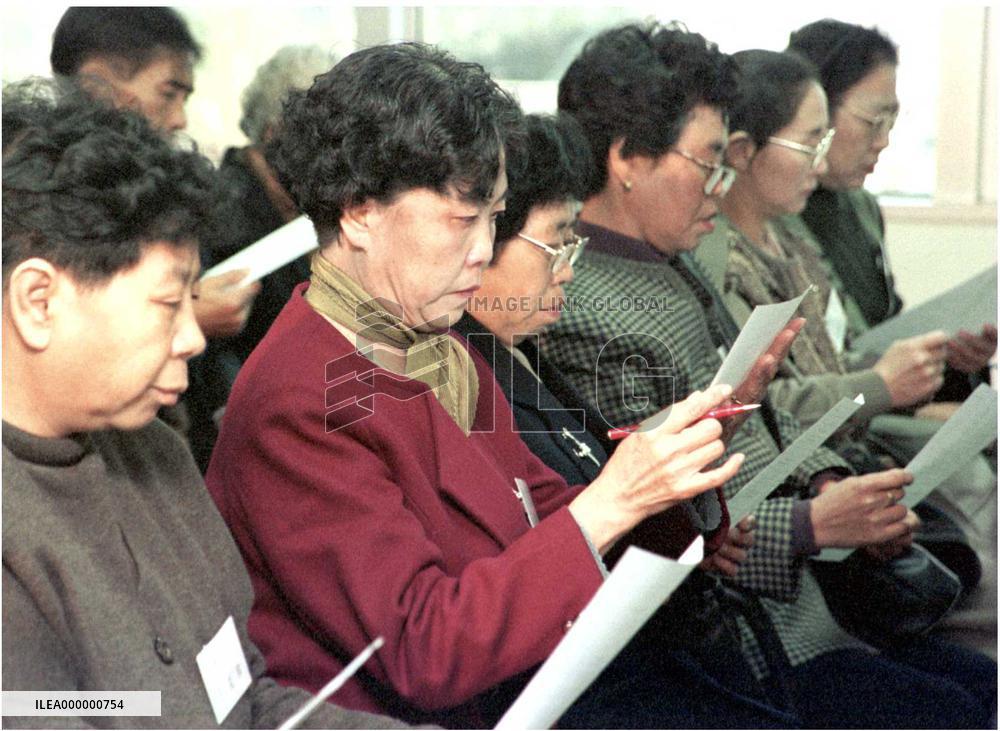 -- A group of 27 war-displaced Japanese in China are preparing for their visit to Japan to search their relatives. The photo shows the group listening to briefings at the Japanese Embassy in Beijing on Nov. 2 prior to their departure for Japan on Nov. 5. They are Japanese who had been left behind in China in the chaotic final days of World War II.

STORY: S. Korea, U.S. launch joint maritime drills involving U.S. aircraft carrier DATELINE: Sept. 26, 2022 LENGTH: 0:01:23 LOCATION: Seoul CATEGORY: MILITARY SHOTLIST: 1. various of S. Korea-U.S. joint naval exercise (Yonhap TV) (file) 2. various of jet flights and sailors on deck (Xinhua, shot on Sept. 23, 2022) STORYLINE: South Korea and the United States on Monday launched their joint maritime drills near the Korean Peninsula, involving a U.S. aircraft carrier and over 20 warships from the two sides. The South Korean defense ministry said the combined naval exercise was scheduled to continue for four days from Monday in the South Korean eastern waters. Mobilized for the exercise will be more than 20 battleships, including a 7,600-ton Aegis destroyer and a 4,400-ton destroyer from the South Korean side as well as the USS Ronald Reagan carrier strike group that arrived in the South Korean southeastern port city of Busan on Friday. The strike group consists of the Nimitz-class nuclear-powered (220926) -- CAIRO, Sept. 26, 2022 (Xinhua) -- Photo shows the scene of the launching ceremony of a pilot program for teaching the Chinese language in Egyptian middle schools and a training program for Egyptian teachers at the Confucius Institute of Cairo University in Cairo, Egypt, Sept. 25, 2022. The training program for teachers will last 10 days and provide courses on teaching methods, language learning, and the use of electronic textbooks and applications. A total of 12 teachers will take up posts as Chinese language instructors after the training. (Xinhua/Sui Xiankai) (220925) -- SAN FRANCISCO, Sept. 25, 2022 (Xinhua) -- Photo taken on Sept. 24, 2022 shows a scene of the commemorative event to mark the fifth anniversary of the "comfort women" statue at the St. Mary's Square in San Francisco, the United States. The statue was built in remembrance of females of different countries who were sexually enslaved by the Japanese military during World War II. (Photo by Liu Yilin/Xinhua)