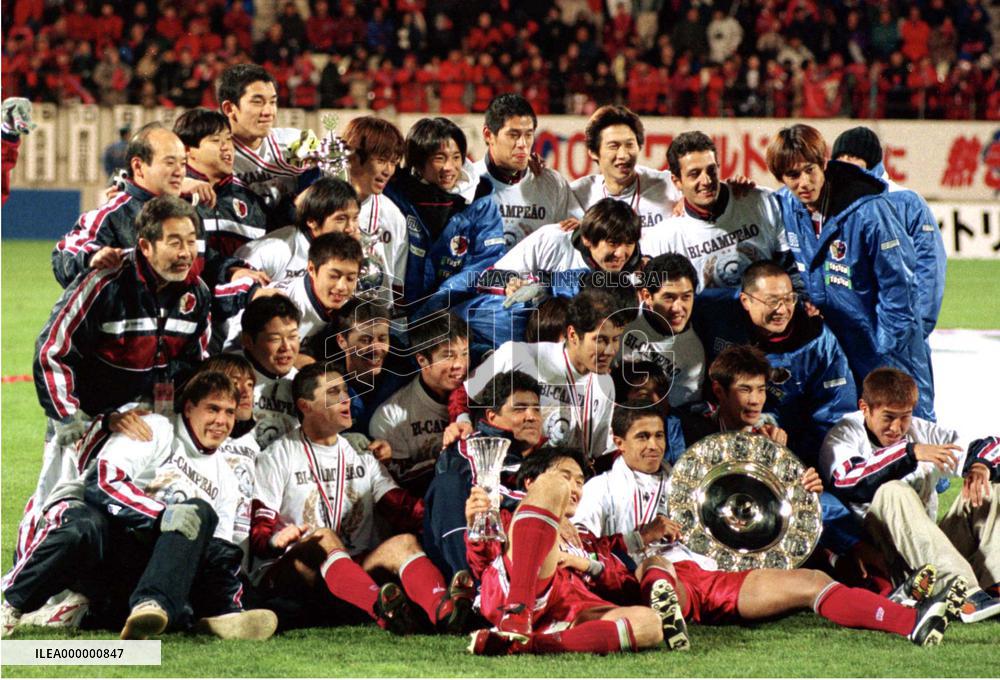 The Kashima Antlers score twice in the first half to defeat defending champion Jubilo Iwata 2-1 on Nov. 28 and claim the J-League crown. ''I'm happy that we were able to give the fans such a wonderful game. We played well in the first half to take the lead and then controlled the match in the second half,'' Kashima manager Ze Mario said after the match at Kashima stadium in Ibaraki Prefecture. ==Kyodo

STORY: Chinese shuttlers win two titles at Indonesia Masters DATELINE: Jan. 30, 2023 LENGTH: 00:01:54 LOCATION: Jakarta CATEGORY: SPORTS SHOTLIST: 1. various of the games 2. SOUNDBITE (Chinese): ZHANG SHUXIAN, Women's doubles player STORYLINE: Chinese shuttlers collected two gold medals on Sunday at the 2023 Indonesia Masters. Women's doubles pair Liu Shengshu and Zhang Shuxian beat the Japanese duo of Yuki Fukushima and Sayaka Hirota 22-20, 21-19 in a match full of long rallies, which tested the nerves and stamina of both pairs. SOUNDBITE (Chinese): ZHANG SHUXIAN, China's Women's doubles player "The result is surprising. It's the first time for us to compete as a pair. We wanted to learn from other players through this competition. We didn't think we would win. We just tried to do our best." Zhang was formerly paired with Zheng Yu, with the duo reaching No. 4 in the world. Her current partner Liu, 18, is the reigning world junior champion in both women's and mixed doubles categories. In the mixed doub 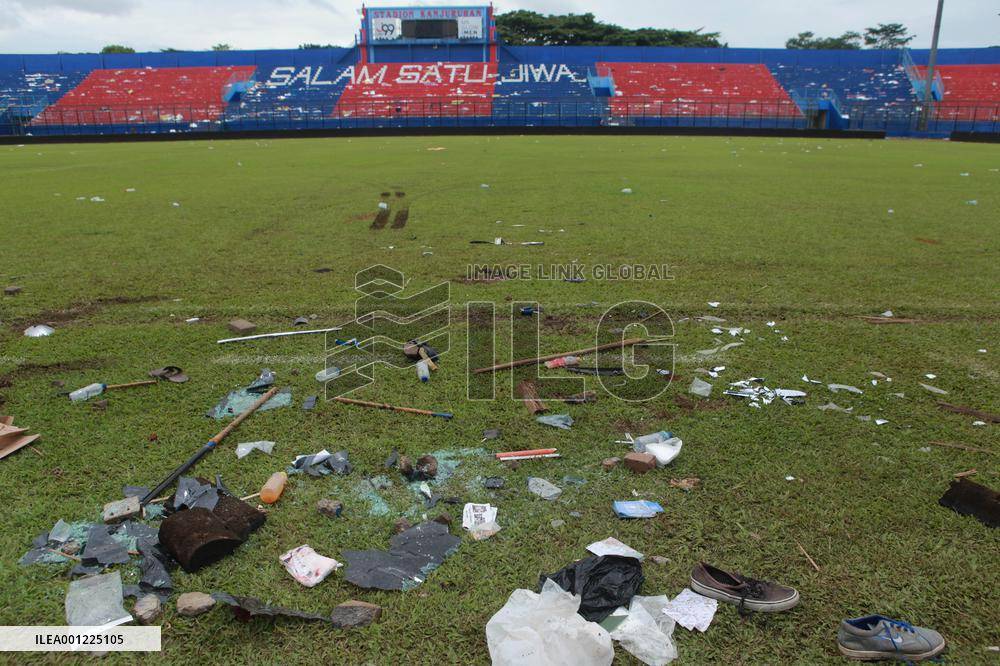 XINHUA-PICTURES OF THE YEAR 2022-WORLD NEWS

(230110) -- BEIJING, Jan. 10, 2023 (Xinhua) -- This photo taken on Oct. 3, 2022 shows a view of the Kanjuruhan Stadium in Malang, East Java, Indonesia. The stampede occurred on Oct. 1, 2022 at the Kanjuruhan Stadium in Malang regency after Arema Malang club lost to Persebaya Surabaya in an Indonesian league football match. (Photo by Bayu Novanta/Xinhua) XINHUA-PICTURES OF THE YEAR 2022-WORLD NEWS

STORY: Algeria inaugurates its first stadium to meet FIFA criteria for hosting events DATELINE: Jan. 8, 2023 LENGTH: 00:01:05 LOCATION: Algiers CATEGORY: SPORTS SHOTLIST: 1. various of the Nelson Mandela Stadium STORYLINE: Algeria's Nelson Mandela Stadium, its first stadium that meets all the FIFA criteria for hosting events, including the FIFA World Cup, was put into use on Saturday with a men's friendly football match between Algeria and Ghana. Located on the outskirts of Algiers, the capital of Algeria, the stadium was built by China Railway Construction Engineering Group with an area of about 68 hectares and a capacity of 40,000 seats in the shape of a saddle. The stadium will host the opening and closing ceremonies and the final of the 2022 African Nations Championship, which is scheduled from Jan. 13 to Feb. 4. Xinhua News Agency correspondents reporting from Algiers. (XHTV)

STORY: Thousands in Brazil bid final farewell to football legend Pele DATELINE: Jan. 4, 2023 LENGTH: 00:01:50 LOCATION: SAO PAULO, Brazil CATEGORY: SPORTS SHOTLIST: 1. STANDUP 1 (English): CHEN HAOQUAN, Xinhua correspondent 2. various of Pele's wake 3. SOUNDBITE 2 (Portuguese): RENATO SOUZA DOS SANTOS, Fan 4. SOUNDBITE 3 (Portuguese): COSME DAMIAO FREITAS, Founder of Torcida Jovem do Santos STORYLINE: STANDUP 1 (English): CHEN HAOQUAN, Xinhua correspondent "Now I am in Santos, a port city in southeastern Brazil. Behind me is the Vila Belmiro Stadium, which is also the home field of Santos Football Club. Earlier today (Monday), Pele's coffin arrived at the stadium, so that the fans can pay their last tribute to the most prominent figure of the Santos FC or even Brazil's football history. After that, the 'King' will start his last journey and be buried in a cemetery next to the stadium." Thousands of fans waited more than three hours to view the casket, with the line at one point stretching some two kilomete