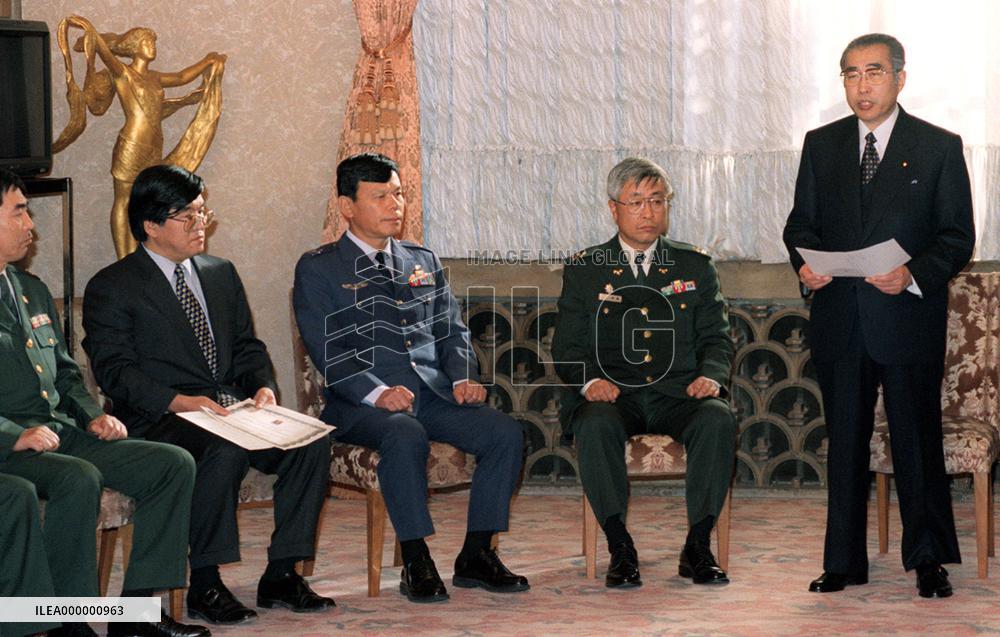 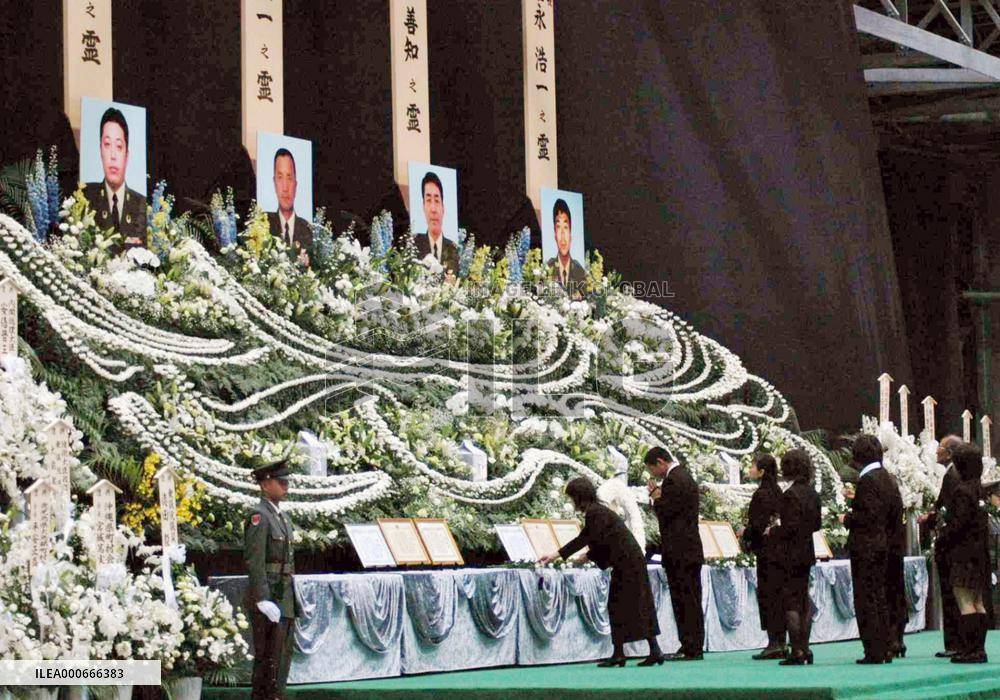 NAHA, Japan - Relatives, friends and others offer a floral tribute at a funeral for the four crew members of a Ground Self-Defense Force helicopter killed in a crash last month while on a mission to pick up a patient. Prime Minister Shinzo Abe and Defense Minister Fumio Kyuma also attended the funeral. (Kyodo) Japan to send about 100 more troops to quake-hit Indonesia SAPPORO, Japan - About 120 members of the Ground Self-Defense Force board a government plane at an Air Self-Defense base in Chitose, Hokkaido, on Oct. 14 to head for Pakistan to take part in relief activities in the quake-devastated country. TOKYO, Japan - Prime Minister Keizo Obuchi (R) receives a hanging scroll depicting a traditional Okinawan dyed pattern from an Okinawa dance troupe in Tokyo on March 2. The 28-member group of Ryukyu dancers will visit Los Angeles, New York, Washington and other places in the United States later this month to promote Okinawan culture prior to the Group of Eight summit in the prefecture in July. TOKYO, Japan - Prime Minister Keizo Obuchi (R) expresses thanks to Air Self-Defense Force (ASDF) members on Feb. 15 at his official residence after their mission to airlift relief goods to East Timorese refugess. The ASDF contingent returned home on Feb. 9 after completing the 10-week mission to transport relief goods to refugee camps in Kupang, West Timor, which adjoins East Timor, from Surabaya in Indonesia. TOKYO, Japan - The Japanese House of Councillors approves a 6.79 tril. yen extra budget on Dec. 9. Photo shows Prime Minister Keizo Obuchi (R front) and Finance Minister Kiichi Miyazawa bowing to the upper house's plenary session. The bill was passed by a vote of 136 to 101. The budget has already passed through the lower house. 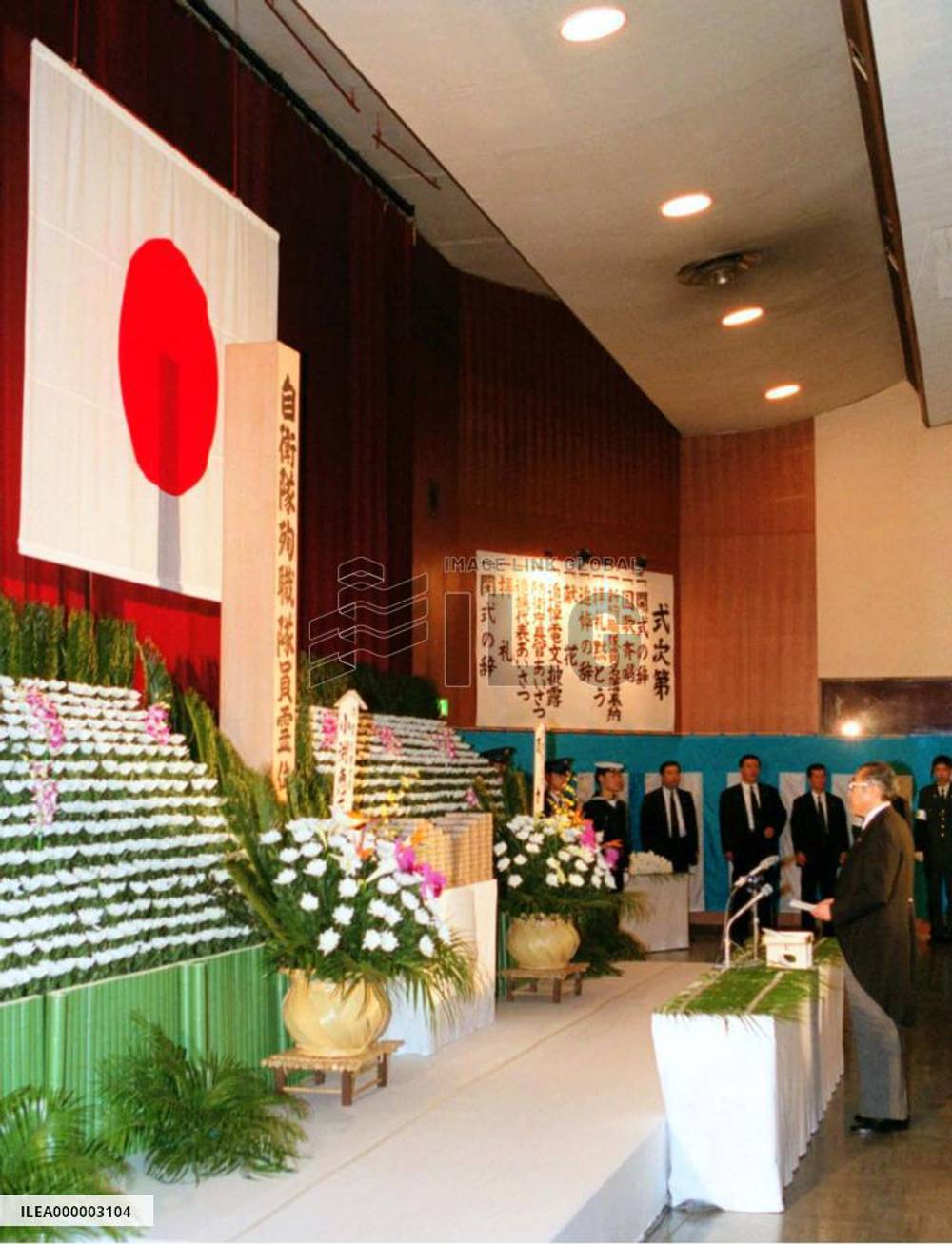