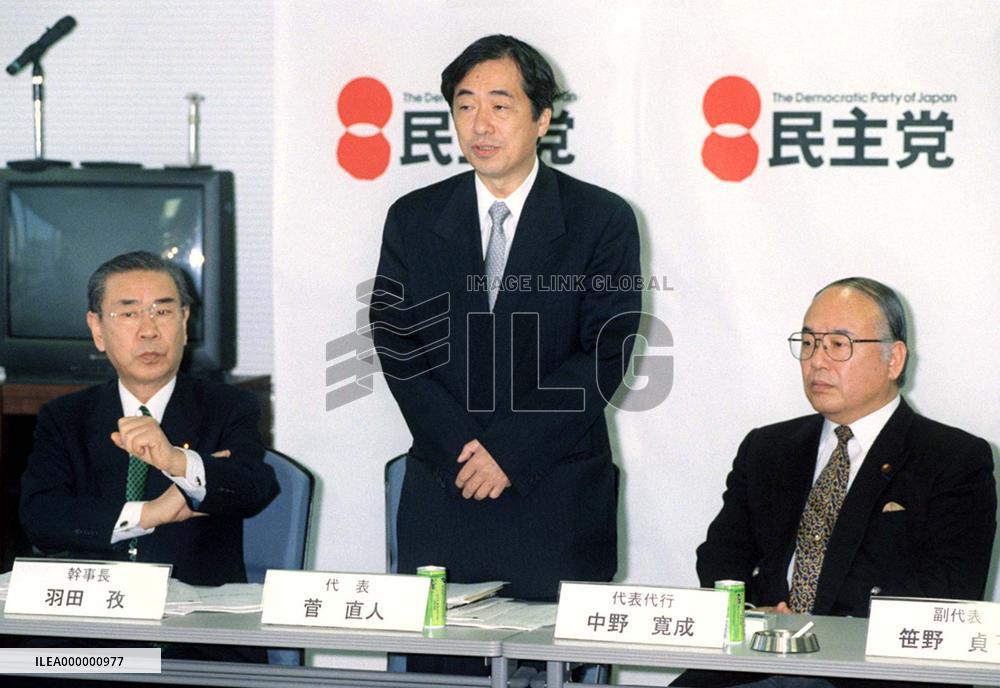 KITAMI, Japan - Tsutomu Takebe, a former secretary general of the Liberal Democratic Party, bows to supporters in Kitami, Hokkaido, on Aug. 30 after losing in the No. 12 single-seat constituency of Hokkaido in the House of Representatives election. But Takebe regained a lower house seat in the proportional representation block. (Kyodo) TOKYO, Japan - Japanese opposition camp leader Yukio Hatoyama (R), president of the Democratic Party of Japan, speaks at a debate with the leaders of five other major parties including Prime Minister Taro Aso (L), who doubles as president of the ruling Liberal Democratic Party, at the Japan National Press Club in Tokyo on Aug. 17, on the eve of the start of official campaigning for the Aug. 30 general election. (Kyodo) TOKYO, Japan - Yukio Hatoyama, secretary general of the main opposition Democratic Party of Japan, is photographed at DPJ headquarters in Tokyo on May 11. Hatoyama said he will leave the post following the abrupt announcement by Ichiro Ozawa the same day to resign as DPJ president, while Hatoyama's name has been floated as Ozawa's successor as party chief. (Kyodo) Cabinet resigns en masse ahead of election of Fukuda as premier 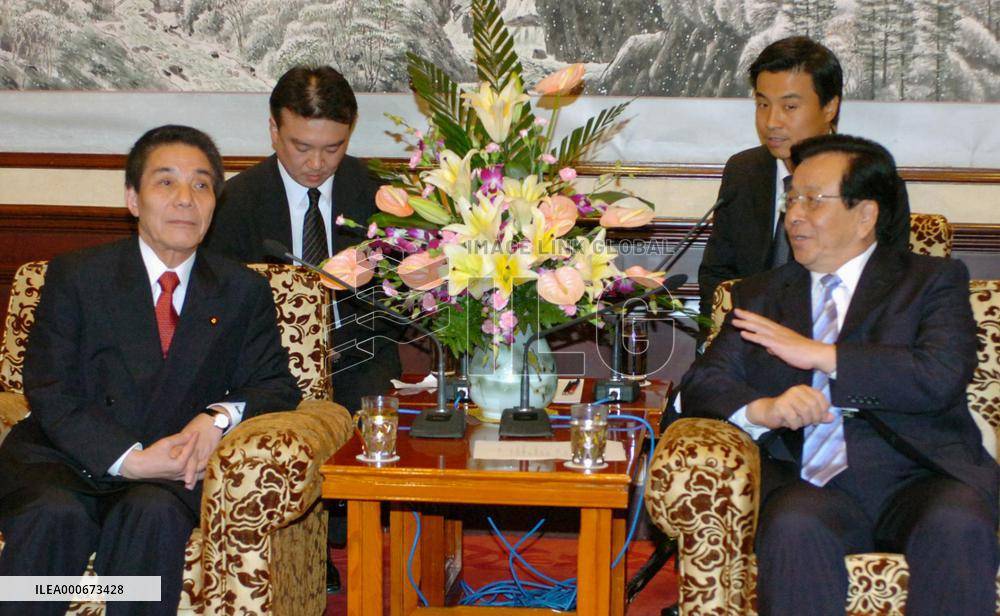 BEIJING, China - Makoto Koga (L), former Liberal Democratic Party secretary general, is in talks with Chinese Vice President Zeng Qinghong at the Diaoyutai State Guesthouse in Beijing on July 19. Koga, who met Wang Jiarui, head of the International Department of the Chinese Communist Party's Central Committee, earlier in the day, quoted Wang as telling him that the idea of separating Japan's Class-A war criminals from the war dead enshrined at Tokyo's Yasukuni Shrine ''is one good direction if it is acceptable in Japan.'' (Kyodo)