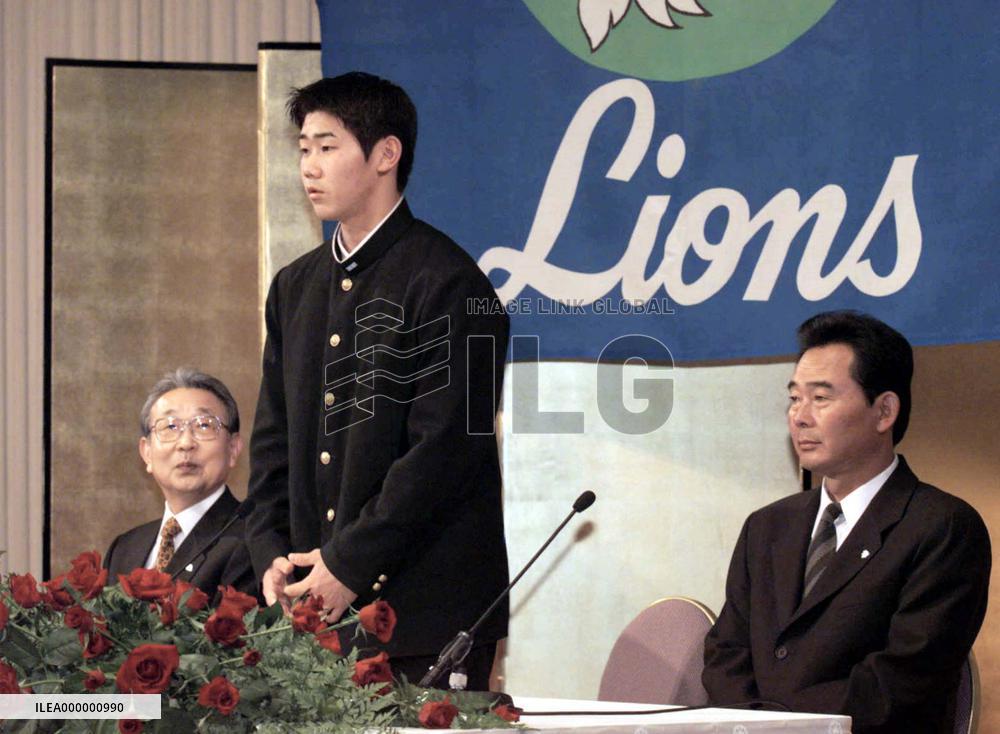 Top high school pitcher Daisuke Matsuzaka (C) announces in Tokyo on Dec. 28 he will join this year's Pacific League champion the Seibu Lions next season. The 18-year-old led Yokohama High School to the national invitational crown in the spring and the national championship in August, pitching a no-hitter in the final of the tournament. ==Kyodo NARITA, Japan - Japanese pitcher Hideki Okajima speaks with reporters at Narita airport prior to departure for the United States on Feb. 14 to join the Boston Red Sox's spring training in Florida. ''My ultimate goal is to become a world champion,'' said Okajima, a 31-year-old left-hander the Red Sox acquired on a two-year contract with an option for 2009. (Kyodo) TOKYO, Japan - A Tokyo doll maker unveils dolls depicting people in the news in 2006 at a hall in Tokyo. At front left is high-school pitcher Yuki Saito, who endeared himself to fans by wiping his face with a blue handkerchief during a summer baseball tournament at Koshien Stadium; at front right are Prince Akishino and Princess Kiko, proud parents of a new prince. (Kyodo)