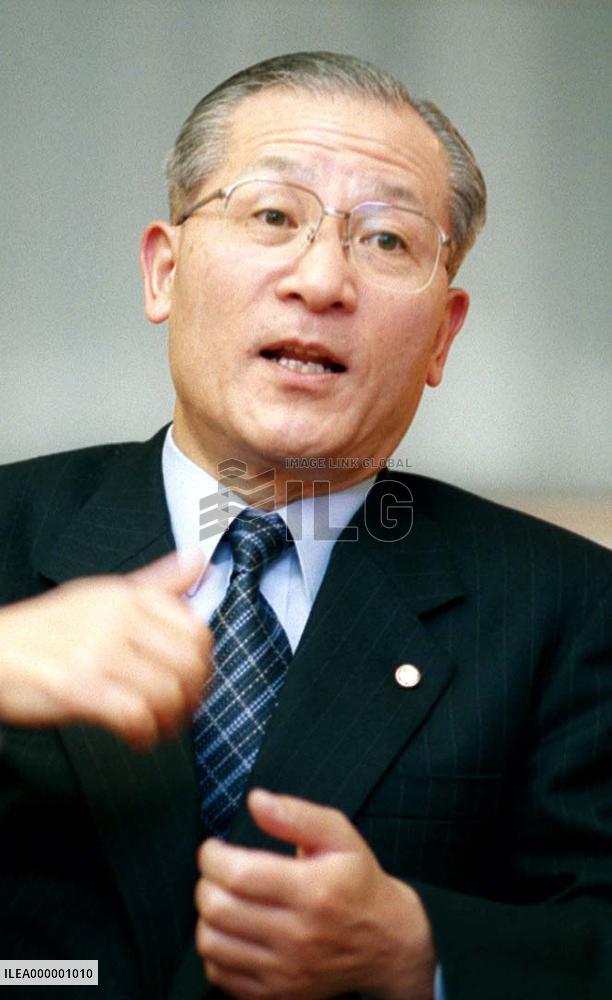 Nikko to boost info gathering via tie-up with Citigroup

Nikko Securities Co. President Masashi Kaneko says his company will improve its capacity to gather overseas corporate and market information as a result of its tie-up with Citigroup Inc. of the United States in a recent interview with Kyodo News. ==Kyodo TOKYO, Japan - Michael Gould, director of higher education and industry solutions at Environment Systems Research Institute Inc., speaks during an interview with Kyodo News at a hotel in Tokyo on Jan. 19, 2010. Gould said the geographic information system should be utilized to tackle environmental challenges and respond to major disasters in the world. (Kyodo) TOKYO, Japan - A woman shows one of the new mobile phones KDDI Corp. rolled out on April 7 under its new ''iida'' brand name. The handbag-shaped handset is one of three hand-painted models designed by internationally renowned Japanese artist Yayoi Kusama, featuring patterns of her brightly colored polka dot motif. The handset is expected to hit the market this summer for over 40,000 yen. (Kyodo) TOKYO, Japan - Fumio Sudo, new president of Kawasaki Steel Corp., speaks in an interview with Kyodo News on June 28. Sudo said his company's decision to integrate operations with NKK Corp. is aimed at acquiring ''physical and brain power'' to survive ''the law of the jungle'' that will arise from further liberalization of the global steel market. TOKYO, Japan - Nissan Motor Co. President Carlos Ghosn poses besides the Bluebird Sylphy, the company's first new-model release since its tie-up with Renault SA of France, at a news conference in Tokyo on Aug. 30. Sony in talks with Fuji TV on capital tie-up

TOKYO, Japan - The file photos show Hisashi Hieda (L), president of Fuji Television Network Inc., and Nobuyuki Idei, president of Sony Corp. Sony said April 24 it has been in talks with Fuji Television on a business tie-up, including obtaining an equity stake in the broadcaster. A senior official at Fuji TV, a core member company of the Fuji-Sankei business group, said his company would have no objection to a tie-up if Sony is willing.