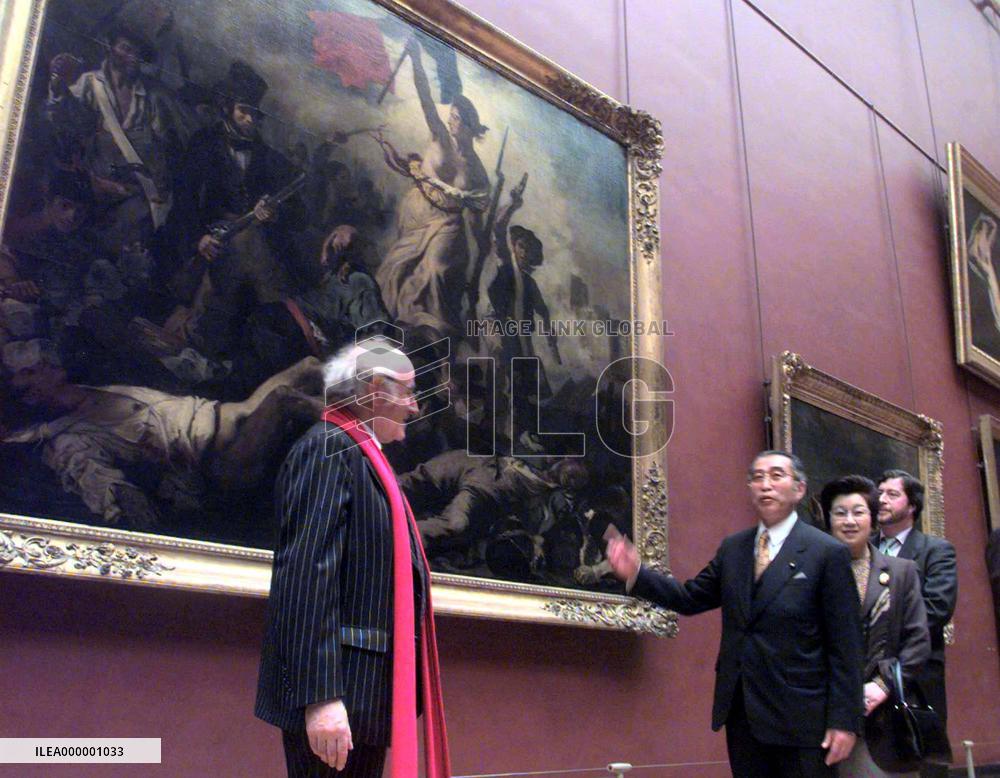 Japanese Prime Minister Keizo Obuchi (third from R) and his wife Chizuko (R of Obuchi) visit the Louvre Museum in Paris on Jan. 7. Obuchi was in Paris on the first leg of an eight-day European tour, which also takes him to Italy and Germany. ==Kyodo STORY: Police detain suspected jihadist in northern Spain DATELINE: Jan. 29, 2023 LENGTH: 0:01:25 LOCATION: BARCELONA, Spain CATEGORY: SOCIETY SHOTLIST: 1. various of the suspected jihadist detained by agents of the Spanish National Police and Civil Guard in Girona, northern Spain (courtesy of Spanish National Police and Civil Guard) 2. various of the victim together with the emergency and police services in the suspected jihadist attack in Algeciras, southern Spain STORYLINE: Spanish police on Friday detained a man suspected to be a jihadist in the northern Spanish city of Girona. The Spanish Interior Ministry said the suspect was of Moroccan origin but had Spanish nationality. It said the suspect had a profile of "great violence and aggressiveness." The suspect had obtained manuals to train in weapons and explosives before his arrest. On the day of his arrest, he searched for instructions on how to carry out an attack with a bladed weapon, according to the Interior Ministry. The arrest came just 48 ho (230128) -- BERLIN, Jan. 28, 2023 (Xinhua) -- A woman presents a flower to the Memorial to the Murdered Jews of Europe in Berlin, Germany, Jan. 27, 2023. The memorial, located in the center of Berlin, was built to remember about 6 million Jews killed by the Nazis during World War II. In 2005, the UN General Assembly adopted a resolution which designated Jan. 27 as the International Day of Commemoration in Memory of the Victims of the Holocaust. (Xinhua/Ren Pengfei)