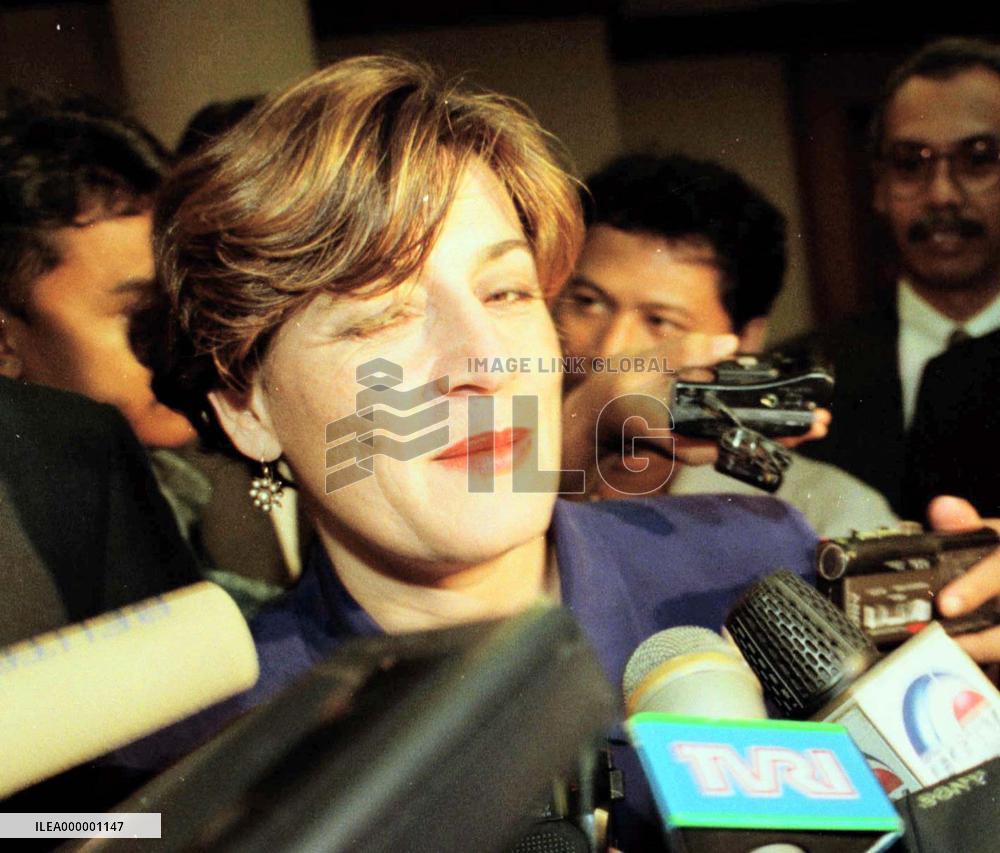 Envoy says E. Timorese should decide their own future

Ana Gomes, head of a Portuguese interest section in the Dutch Embassy in Jakarta, tells reporters Feb. 2 people in East Timor should be allowed to freely decide their own future, praising the latest move by Indonesia to consider independence for the region. She disclosed the Portuguese position after paying a courtesy call on Indonesian Foreign Minister Ali Alatas to inform him of the opening of the diplomatic post at the embassy. ==Kyodo

STORY: Earthquake kills 6, injures 9 in Afghanistan's Kunar province DATELINE: Sept. 6, 2022 LENGTH: 0:01:53 LOCATION: Kabul CATEGORY: OTHERS SHOTLIST: 1. various of destroyed areas by the earthquake in Kunar province and local residents STORYLINE: At least six people were killed and nine others injured as an earthquake struck eastern Kunar province early on Monday, provincial head of Natural Disaster Management and Humanitarian Affairs Ehsanullah Ehsan said. "The tremor jolted the region at around 02:30 a.m. local time and based on preliminary reports, six persons were killed and nine others injured in Mazar Dara area of Norgal district," Ehsan told reporters. Scores of houses were destroyed by the quake in the mountainous province, the official said, adding a survey has been launched to determine the exact figure of loss of life and property damages. The epicenter of the earthquake with a magnitude of 5.3, according to reports, was 38 km northeast of Jalalabad city, capital of neighboring Nangar

STORY: 22 reportedly injured in rocket attack in west Ukraine DATELINE: June 13, 2022 LENGTH: 00:01:17 LOCATION: Kiev and Moscow CATEGORY: POLITICS/SOCIETY SHOTLIST: 1. various of Ukraine and Russia-related footage (file) STORYLINE: The government-run Ukrinform news agency reported that 22 people were injured in a rocket attack on the Ukrainian city of Chortkiv in the country's western Ternopil region on Saturday. According to Volodymyr Trush, head of the Ternopil regional military administration, four rockets, presumably fired from the Black Sea, hit Chortkiv at about 9:46 p.m. local time (1846 GMT) on Saturday. Trush told reporters that a military facility was partially destroyed in the attack, while four apartment blocks were damaged, adding that most of the injured were in stable condition. On Sunday, Russia said it has asked the United States to explain its military biological activities in some post-Soviet countries. Russian Foreign Ministry spokesperson Maria Zakharova said the United States mus

Exhibition of photos, paintings on Beijing Winter Olympics kicks off in Mongolia's capital (220309) -- BEIJING, March 9, 2022 (Xinhua) -- Wang Mengmeng attends the opening meeting of the fifth session of the 13th National People's Congress (NPC) at the Great Hall of the People in Beijing, capital of China, March 5, 2022. Wang Mengmeng, a village official in east China's Anhui Province since 2013 when she began serving in her post after graduating from university, led the village in developing specialty agriculture to cash in on the region's transport and location advantages. After taking on her duties as a deputy to the National People's Congress in 2018, Wang has carried out multiple surveys on the methods of rural vitalization. The suggestions Wang put forward at China's ongoing "two sessions" focus on the long-term development pattern of rural collective economy. (Xinhua/Xing Guangli)