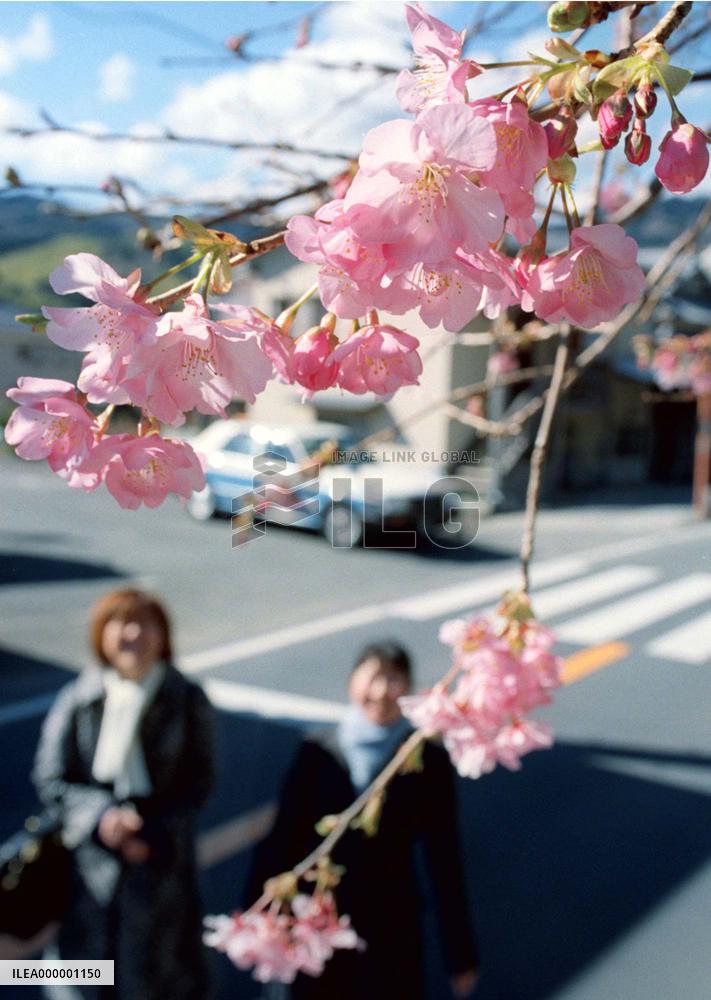 Cherry trees bloom at Kawazu, Shizuoka Prefecture, on Thursday Feb. 4, the first day of spring under the lunar calendar when wide areas along the Japan Sea coast were hit by heavy snowfall. Kawazu, located in the southern part of Izu Peninsula, is known as the place to witness the season's first cherry blossom in mainland Japan. ==Kyodo

STORY: Malaysia plants 7 million trees to protect coastal forests DATELINE: July 27, 2022 LENGTH: 00:01:30 LOCATION: Kuala Lumpur CATEGORY: ENVIRONMENT SHOTLIST: 1. various of mangrove swamps along the coast 2. various of mangroves 3. various creatures in the mangrove ecosystem 4. various of mangrove plantation and mangrove saplings STORYLINE: Over 7 million mangrove trees and selected coastal forest species had been planted as part of the sea swamp forest ecosystem conservation and protection efforts in the country, a Malaysian official said on Tuesday. These efforts are critical to mitigate the impact of rapid development along coastal areas and to protect the communities that live along them, Energy and Natural Resources Minister Takiyuddin Hassan said in a statement in conjunction with the International Day for Conservation of Mangrove Ecosystem. "Efforts to protect and conserve the country's sea swamp forests are very challenging as Malaysia is a fast developing country where development along the

Video taken from a Kyodo News helicopter on Feb. 28, 2022, shows some 850 cherry blossoms trees in bloom along a river in Kawazu, Shizuoka Prefecture. The cherry blossoms in the central Japan town are known for their early flowering. OSAKA, Japan - Photo taken from a Kyodo News helicopter over the town of Nosu, Shiga Prefecture, on Jan. 21 shows a Tokaido Shinkansen bullet train going slow, as snow and strong winds hit wide areas in northeastern and western Japan along the Sea of Japan. The Meteorological Agency said Jan. 21 lived up to its billing as ''daikan,'' the coldest day of the year, bringing with it a cold front which enveloped the Sea of Japan coast from the Sanin region in western Japan to the northern Japanese region, as well as the Hokuriku region and the mountainous central Honshu region.