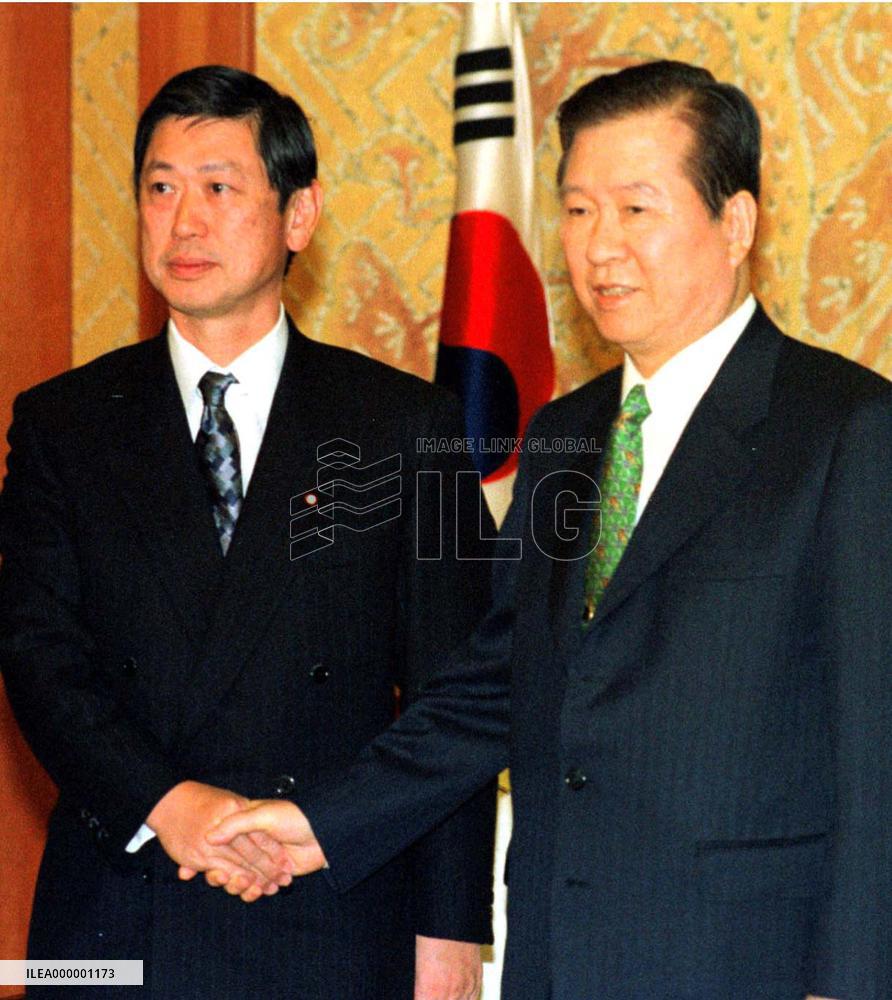 Japanese Foreign Minister Masahiko Komura (L) shakes hands with South Korean President Kim Dae Jung (R) Feb. 11 at the presidential office in Seoul, prior to 60-minute talks. The two nations agreed they and the U.S. should jointly warn North Korea not to fire another rocket, and press Pyongyang to stop the development and export of missiles.

STORY: Argentina's new minister of economy takes office DATELINE: Aug. 4, 2022 LENGTH: 0:01:56 LOCATION: Buenos Aires CATEGORY: POLITICS SHOTLIST: 1. various of the meeting 2. SOUNDBITE (Spanish): ALBERTO FERNANDEZ, Argentine President STORYLINE: Argentina's new Minister of Economy, Productive Development, Agriculture, Livestock and Fisheries Sergio Massa swore in on Wednesday. Massa's inauguration ceremony took place at the Bicentennial Museum of the Government House in downtown Buenos Aires, the capital of Argentina. SOUNDBITE (Spanish): ALBERTO FERNANDEZ, Argentine President "It is a time for all of us, with a lot of hope, to join efforts to move forward. When I say everyone, I am not only talking about my colleagues of the Frente de Todos, whose unity for me is paramount, but also about all Argentines. We have a great opportunity as a country. Let us not overlook it." Members of the Cabinet of Ministers, national deputies and senators, and provincial governors were present at the event. Xinhua News 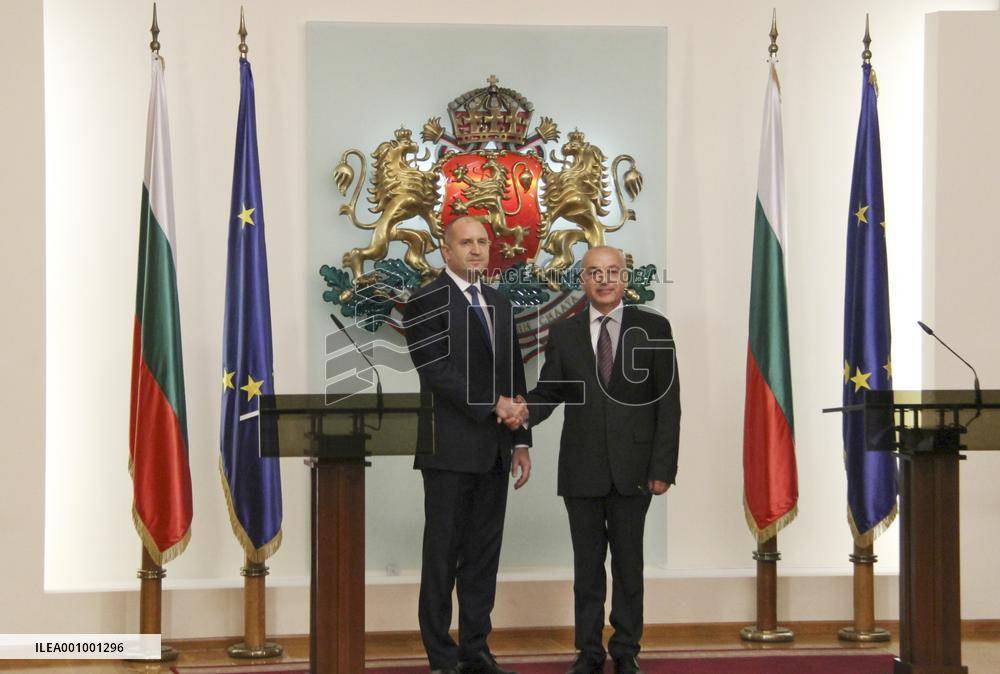 STORY: 272 Afghan IDPs return to home provinces from Kabul DATELINE: July 25, 2022 LENGTH: 0:01:34 LOCATION: Kabul CATEGORY: SOCIETY SHOTLIST: 1 various of internally displaced persons STORYLINE: A total of 272 internally displaced persons (IDPs) were sent back to their home provinces from the capital Kabul on Sunday, Deputy Minister for Refugees and Repatriation Affairs Arsala Kharoti of the Afghan caretaker government said. With the help provided under a coordinated program by the United Nations High Commissioner for Refugees (UNHCR) office and the Afghan Ministry of Refugees and Repatriation Affairs, the IDPs were sent back to their homes in Ghazni, Bamyan, Daikundi and Wardak provinces. According to the deputy minister, each family was offered up to 200 U.S. dollars by the UNHCR for returning to their homes. According to officials with the ministry for refugees and repatriation affairs, those returning to their homes would get help from local aid agencies. Up to 6,000 displaced families resid

STORY: Russia denies attacks on Ukrainian port after grain deal: Turkish minister DATELINE: July 24, 2022 LENGTH: 00:01:12 LOCATION: Ankara CATEGORY: POLITICS SHOTLIST: 1. various of Odesa 2. various of document signing ceremony in Istanbul 3. various of crops STORYLINE: Turkish Defense Minister Hulusi Akar said on Saturday Russian officials had told Ankara that Russia had "nothing to do" with the attacks on Ukraine's key Black Sea port of Odesa. Akar told Türkiye's state-run Anadolu Agency that "in our contact with Russia, the Russians told us that they had absolutely nothing to do with these attacks and that they were examining the issue very closely and in detail." The Ukrainian military said that Russian missiles hit infrastructure in Odesa on Saturday. A missile hit one of the silos in Odesa and another fell in an area close to the silo. Russia and Ukraine separately signed a deal in Istanbul Friday with Türkiye and the United Nations to resume grain shipments from Ukrainian ports to international 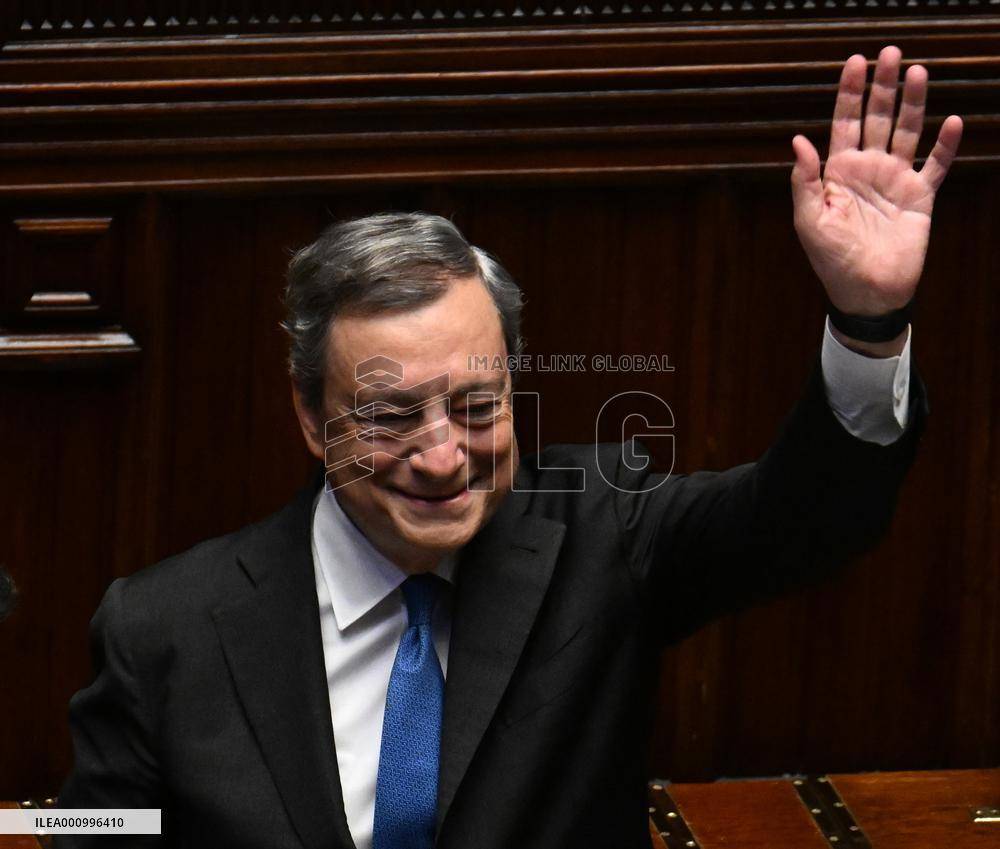 (220721) -- ROME, July 21, 2022 (Xinhua) -- Italian Prime Minister Mario Draghi waves to lawmakers at the end of his address at the lower house of parliament in Rome, Italy, July 21, 2022. Italian Prime Minister Mario Draghi on Thursday officially resigned, remitting his mandate to the hands of the president, and putting an end to his national unity government after 17 months in office. (Photo by Alberto Lingria/Xinhua)

Ranil Wickremesinghe sworn in as president of Sri Lanka

STORY: Ranil Wickremesinghe sworn in as president of Sri Lanka DATELINE: July 21, 2022 LENGTH: 00:00:53 LOCATION: Colombo CATEGORY: POLITICS SHOTLIST: 1. various of the ceremony STORYLINE: Ranil Wickremesinghe was sworn in as the president of Sri Lanka on Thursday in the parliament before Chief Justice Jayantha Jayasuriya. Wickremesinghe was elected as the president in an election held in parliament on Wednesday, during which Wickremesinghe got 134 votes from parliamentarians. Out of 225 parliamentarians, 223 voted in the ballot and there were four invalid votes. An official from the President's Office told Xinhua that Wickremesinghe will appoint a new prime minister and cabinet in the coming days. On Wednesday, Wickremesinghe invited all political parties to join hands with him and work together to overcome the economic crisis and bring in a new political change. Sri Lanka is in the mid of severe economic turmoil and has sought assistance from the International Monetary Fund and friend

STORY: Lavrov says Russia aims at more than Donbass DATELINE: July 21, 2022 LENGTH: 00:00:55 LOCATION: Moscow CATEGORY: MILITARY SHOTLIST: pic of Russian Foreign Minister Sergei Lavrov in March 2022various of Moscowpics of negotiations among military delegations of Türkiye, Russia, and Ukraine, as well as representatives of the United Nations STORYLINE: Russian Foreign Minister Sergei Lavrov said Wednesday that the "geographical objectives" of Russia's special military operation in Ukraine have changed as the West is providing Ukraine with more long-range weapons. Lavrov told RT broadcaster and RIA Novosti news agency in an interview that beyond Lugansk and Donetsk, the Russian operation will be expanded to the Kherson region, the Zaporizhzhia region and other territories to push the contact line further away. While global concerns over food insecurity grow, Istanbul is preparing to host a second round of talks in anticipation of a solid outcome regarding the safe transport of Ukrainian grain to internat 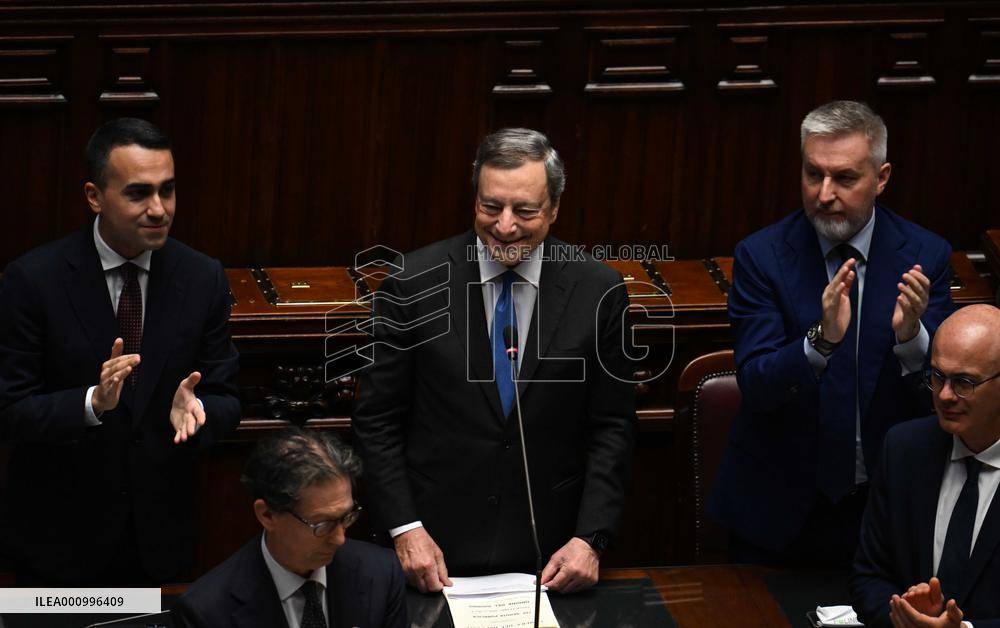 STORY: Italian PM resigns DATELINE: July 21, 2022 LENGTH: 00:00:29 LOCATION: Rome CATEGORY: POLITICS SHOTLIST: various of Quirinale palaceSOUNDBITE (Italian): MARIO DRAGHI STORYLINE: Italian Prime Minister Mario Draghi on Thursday officially resigned, remitting his mandate to the hands of the president, and putting an end to his national unity government after 17 months in office. SOUNDBITE (Italian): MARIO DRAGHI "Thank you for all the work done together during this period. In light of the vote expressed last night by the Senate of the Republic, I ask the session to be suspended, because I'm going to the president of the Republic to communicate my resignation. Thank you." Draghi's cabinet has been in charge since February 2021. The 74-year-old former president of the European Central Bank already made an offer to resign last week, when the populist Five Star Movement -- a major ally in the national unity coalition -- boycotted a confidence vote on a key relief bill, thus denying its support to the cabin

STORY: Istanbul prepares to host possible fresh round of Ukraine grain talks amid growing food insecurity DATELINE: July 20, 2022 LENGTH: 0:02:09 LOCATION: ISTANBUL, Turkiye CATEGORY: POLITICS SHOTLIST: 1 STANDUP (English): ZEYNEP CERMEN, Xinhua reporter STORYLINE: STANDUP (English): ZEYNEP CERMEN, Xinhua reporter "Turkiye's largest city Istanbul is preparing to host a fresh round of grain talks regarding the safe transport of Ukrainian grain to international markets. This time the anticipation for a solid outcome is quite intense as the global concerns over food insecurity grow. The first round of negotiations among military delegations of Turkiye, Russia, and Ukraine, as well as representatives of the United Nations concluded last week with an agreement on the basic principles of the shipment process through the Black Sea. According to Turkish Defence Minister Hulusi Akar, the efforts to turn the outcomes of the meeting into a concrete implementation plan will continue, and a second meeting is likely thi