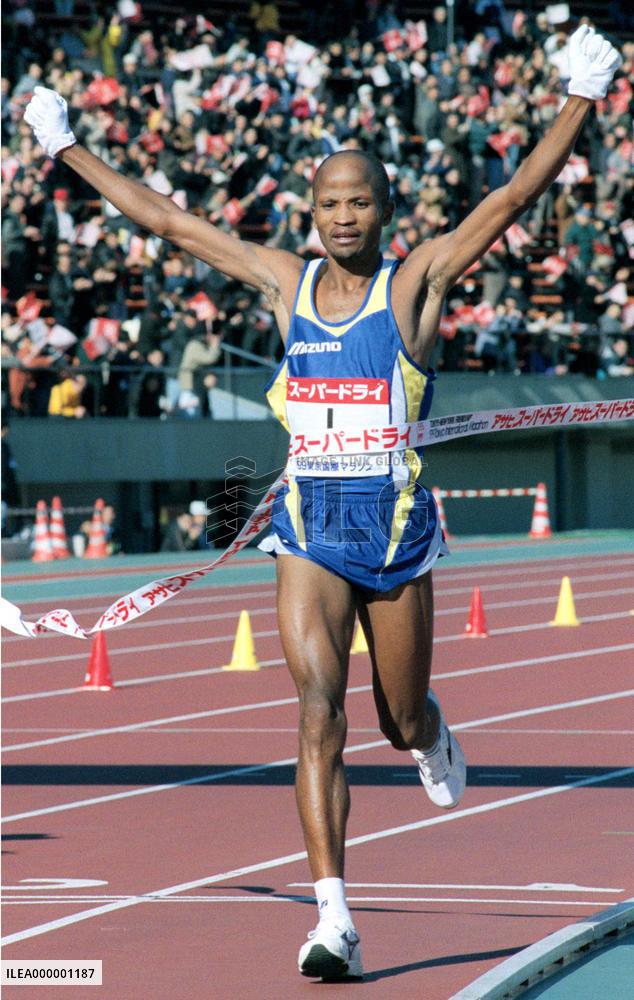 South African Gert Thys reaches the goal line at Tokyo's National Stadium Feb. 14 to win the Tokyo International Marathon in 2 hours, 6 minutes, 33 seconds -- the second quickest time in the history of the event. STORY: Tunisia holds cultural event on perception of China DATELINE: Sept. 30, 2022 LENGTH: 00:01:27 LOCATION: Tunis CATEGORY: CULTURE SHOTLIST: 1. various shots of the event STORYLINE: A cultural event on the perception of China was held Thursday in Tunis, Tunisia. Tunisia's Oriental Knowledge Publishing House organized an online meeting between local readers and Chinese writer Xing He, the author of "Beijing Kid," a science fiction which has been translated into Arabic by the publishing house. Students learning Chinese at the Higher Institute of Languages (ISLT) at the University of Carthage, teachers from the Confucius Institute in Tunisia and local literature lovers and researchers participated in the event. Xing He and Khadija Meknassi, the translator of the Arabic version of "Beijing Kid," introduced the perception of Chinese culture and history in the process of writing and translation to the readers. The campaign focuses on new books translated and published in multiple languages, and invites o