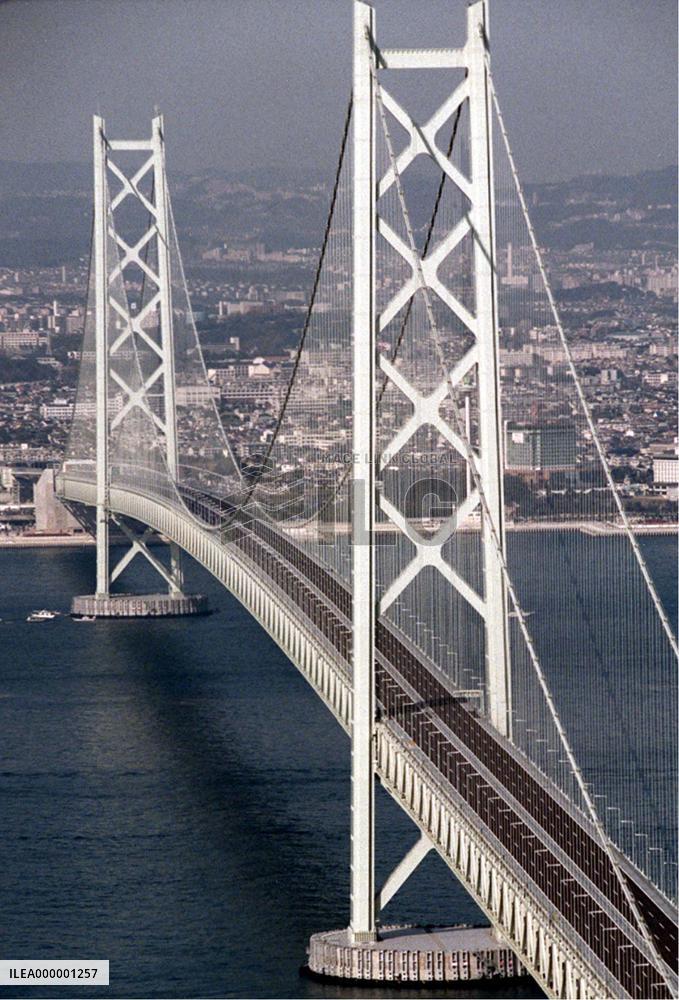 The 3,911-meter-long Akashi Kaikyo Bridge, the world's longest suspension bridge, between Awaji Island and Kobe, will mark its 1st anniversary April 5. To celebrate, a company running the bridge has invited tourists to climb its 300-meter-high main tower.

A U.N.-backed facility has newly allocated 3 million doses of coronavirus vaccine produced by China's major pharmaceutical company Sinovac Biotech Ltd. to North Korea, according to U.S. media. But it is uncertain whether North Korea will accept them, Radio Free Asia on Wednesday quoted an official of the World Health Organization as saying, with all eyes on when the nation will obtain vaccines for its people through the COVAX platform. North Korea may carefully consider receiving Sinovac's vaccine from the framework designed to guarantee equitable global access to coronavirus vaccines, as many countries in South America and Southeast Asia have recently started to doubt the efficacy of it. Pyongyang claims no infection cases have been found in the nation. It has cut off land traffic to and from China and Russia since early last year to prevent the intrusion of the virus, first detected in the central Chinese city of Wuhan in late 2019.

HIROSHIMA, Aug. 6 Kyodo - Hiroshima marked the 76th anniversary of its atomic bombing by the United States on Friday, with its mayor urging world leaders to shift away from nuclear deterrence to trust-building dialogue and for Japan to join a U.N. treaty to ban nuclear weapons. In the annual ceremony, which was scaled down once again this year amid surging coronavirus infections across Japan, Hiroshima Mayor Kazumi Matsui demanded the Japanese government's "immediate signing and ratification" of the treaty, which came into effect this January. TOKUSHIMA, Japan - Whirlpools are seen under the Onaruto Bridge, a suspension bridge connecting Kobe with Naruto and Tokushima in the Shikoku region, in the Naruto Strait on April 28, 2010. The strait connecting the Seto Inland Sea and the Pacific Ocean is only 1.3 kilometer wide and seawater flows in and out from the Seto Inland Sea. The height difference between high tide and low tide reaches up to 1.5 meters, creating numerous whirlpools. At this time of the year, the diameter of whirlpools can be over 20 meters. (Kyodo) 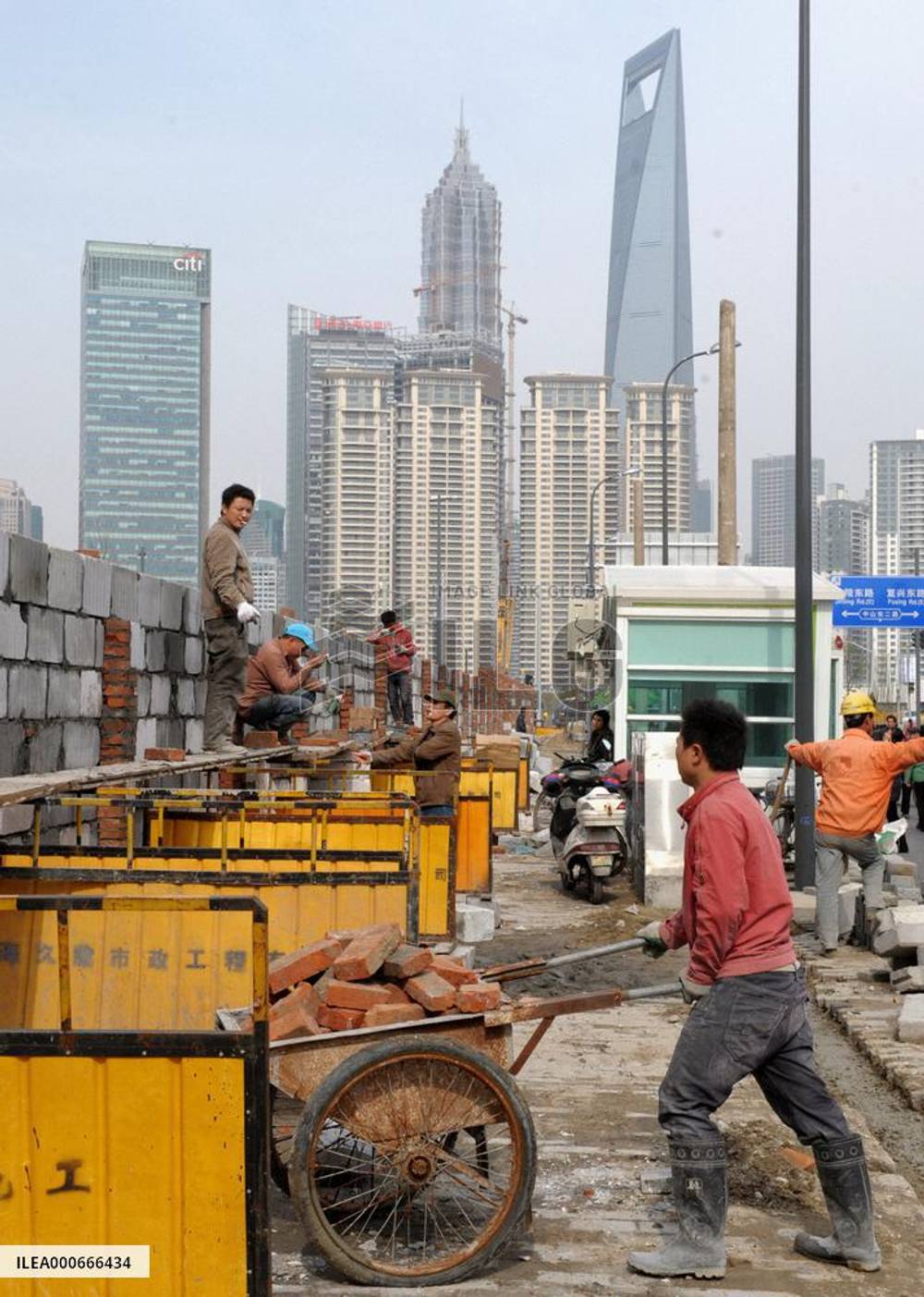 BEIJING, China - Laborers carry out construction work at a site in Shanghai in March 2010 ahead of the May 1 opening of the World Expo in the city. The Chinese government said April 15 that the country's economy expanded 11.9 percent in the January to March period from a year earlier. (Kyodo) TOKYO, Japan - Air traffic controllers receive training on using a new simulator equipped with a 360-degree panoramic projector at Tokyo's Haneda airport on Aug. 14, 2009, ahead of the completion next year of a fourth runway and a new 116-meter-high control tower. The 17 color panels on the 1 billion yen simulator can display weather changes and images of airplanes complete with airline tail logos to aid air traffic controllers in smoothly guiding aircraft at the gateway to Tokyo. (Kyodo) TOKYO, Japan - Bridegroom Yasuo Kai, 38, and his bride, Megumi, 37, pose during their wedding ceremony in front of the 18-meter-high statue of Mobile Suit Gundam, a popular robot from an animated TV series, at Daida in Tokyo's Minato Ward on Aug. 25. They were chosen from about 550 couples who applied for a plan offered by a Tokyo company that organizes weddings. The statue was erected last month to commemorate the 30th anniversary of the televising of the series and as part of an event to promote greenery in cities. (Kyodo) TOKYO, Japan - Children look at mascot dolls of ''Peko-chan'' that are displayed at a temporary museum confectioner Fujiya Co. opened in Tokyo's Ginza shopping district on Aug. 24. Fujiya launched the event ahead of the 60th anniversary of its creation and the centennial of the establishment of the company next year. (Kyodo)