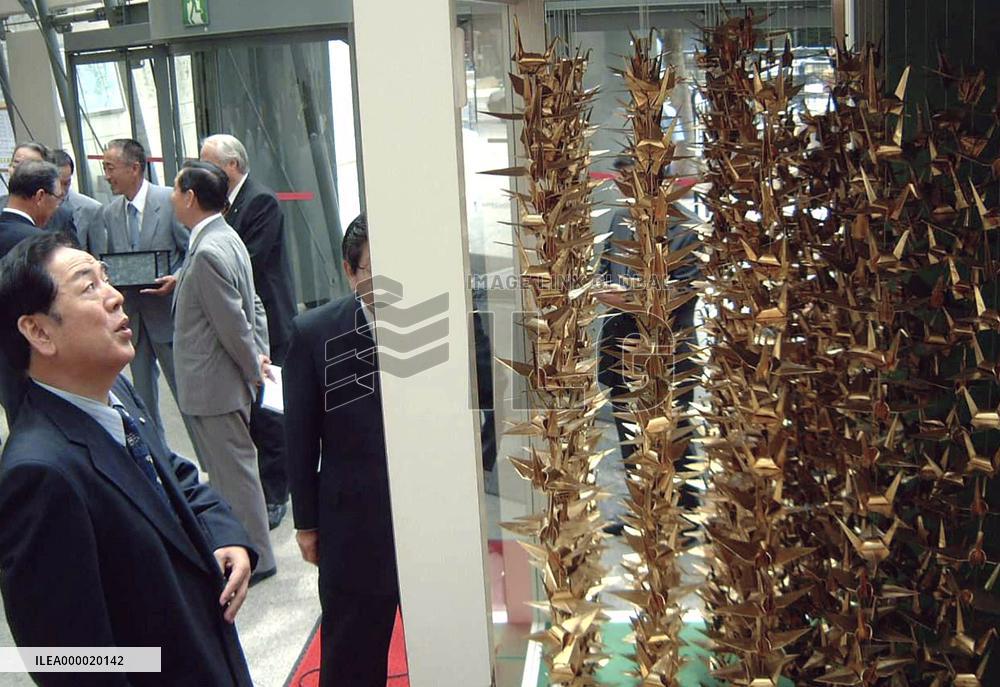 NAGASAKI, Japan - Nagasaki Mayor Itcho Ito (foreground) looks at strings of one thousand brass cranes donated by a Nagasaki sheet metal union July 14 to the Nagasaki atomic-bomb museum. It took six months for union members to complete the folded brass cranes, which are made from 12-centimater-square brass sheets. (Kyodo) During the summer vacation, parents and children of all ages can enjoy the Showa, Heisei and Showa-Japanese Plarail models. The "Plarail 60th Anniversary Exhibition," which is being held by TOMY at the Railway Museum (Omiya-ku, Saitama City) untilSeptember 1, is a great success. It has become so popular that 60% of the visitors to the museum also visit the exhibition. In addition to the diorama of the E5 Series Shinkansen Hayabusa, more than 150 items of Plarail are on display. Visitors can learn about the history and manufacturing process of Plarail. The exhibition is open to the public only with the admission fee to the Railway Museum. Plarail was launched in 1959 as a toy made of plastic, the latest material at the time, when metal and wooden toys were the mainstream. As of the end of January 2007, a cumulative total of about 1,480 types and more than 169 million units have been sold in Japan. The Railroad Museum in Omiya Ward, Saitama City, July 18, 2019; Credit: Nikkan Kogyo Shimbun / Kyodo News Images TOKYO, Japan - A monitor screen shows executives of Meiji Yasuda Life Insurance Co. apologizing at the firm's representative members' meeting in Tokyo on July 5 as it is likely to come under public scrutiny following new findings that the insurer has more cases of illegal nonpayment of insurance money than earlier reported. (Kyodo) 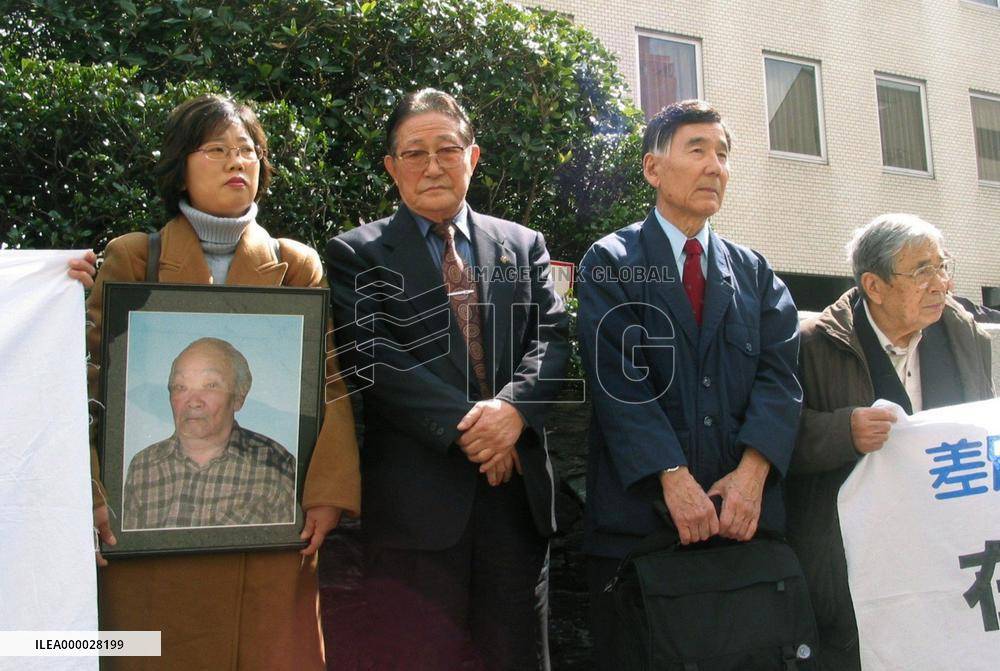 NAGASAKI, Japan - Family members of Choi Gye Chol, a South Korean atomic-bomb survivor who died at age 78 in a hospital in Busan, South Korea, last July 25, stand in front of the Nagasaki District Court on March 8 before entering the court to hear a ruling on their claim that the Nagasaki city government should pay Choi's funeral expenses. Choi was exposed to radiation when the United States dropped an atomic bomb on Nagasaki on Aug. 9, 1945, in World War II. (Kyodo) HIROSHIMA, Japan - Paris Mayor Bertrand Delanoe poses with local children for photos at the Peace Memorial Park in Hiroshima on Nov. 4. Later, Delanoe met with Hiroshima Mayor Tadatoshi Akiba and said he would like to host an exhibition on the atomic bombings at the Paris municipal government office in July and August next year. (Kyodo) 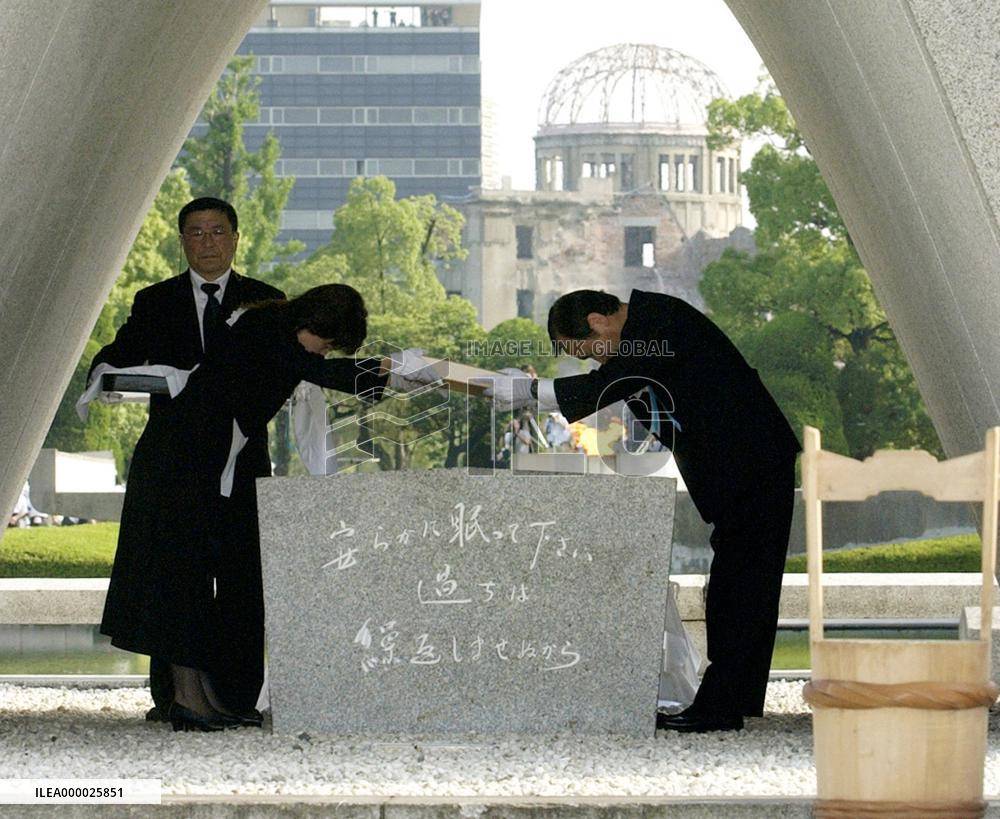 HIROSHIMA, Japan - Hiroshima Mayor Tadatoshi Akiba (R) puts a new list of names recognized as atomic-bomb victims into the Memorial Cenotaph for A-Bomb Victims during a ceremony marking the 59th anniversary of the U.S. atomic bombing of Hiroshima on Aug. 6 at Peace Memorial Park in the city. (Kyodo) 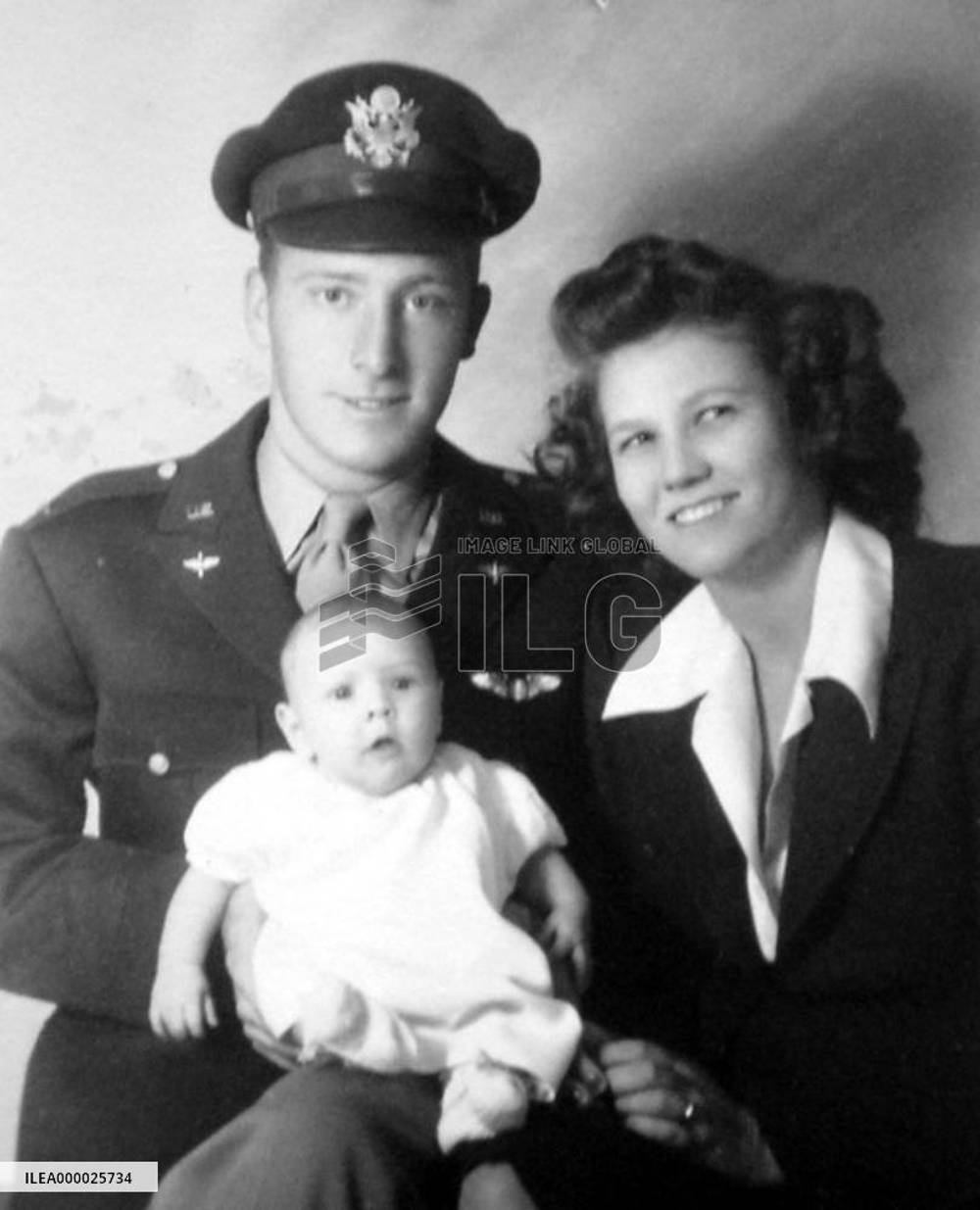 HIROSHIMA, Japan - This photo of U.S. airman Durden Looper (L, back), who died in the atomic-bombing of Hiroshima on Aug. 6, 1945, was registered at the national A-bomb victims memorial hall in Hiroshima on July 29. Looper from Arkansas was held prisoner after his plane was shot down off Kure in the same prefecture on July 28, 1945. (Kyodo) Mayor stands in as Canadian polar bear at aquarium opening

AKITA, Japan - A polar bear greeted visitors at the July 13 opening of Oga Aquarium GAO in Akita Prefecture -- not the real one that should have arrived from Canada, but Oga Mayor Issei Sato clad in a polar bear outfit as a ''temporary stand-in.'' Sato had promised that if the polar bear, a main attraction of the new prefectural aquarium, failed to arrive in time for the opening, he would put on the outfit ''as a performance.'' ''It's hot,'' Sato said when asked by reporters how it felt. ''I hope a real bear gets here as soon as possible.'' (Kyodo) NAGASAKI, Japan - A car carrying an 11-year-old girl, believed to have murdered her classmate at an elementary school in Sasebo, Nagasaki Prefecture, is covered with a sheet on arrival at a juvenile classification office in the city of Nagasaki from a family court in Sasebo on June 2. (Kyodo) FUJI, Japan - Members of a bomb-disposal squad of the Ground Self-Defense Force collect shells from the house of Norihisa Kotani, a sheet-metal worker, on July 1 in Fuji, Shizuoka Prefecture. Earlier in the day, Kotani, 32, was arrested on suspicion of sending a package containing a grenade that exploded at a branch of major parcel delivery firm Yamato Transport Co. in Susono in the prefecture. (Kyodo) NAGOYA, Japan - Akira Kai (R) and his supporters stage a demonstration near the Nagoya District Court on April 17 before filing a suit against the state seeking compensation and the revoking of its decision not to recognize him as a radiation illness victim. Similar suits were filed by six other A-bomb survivors in Sapporo and Nagasaki on the same day. (Kyodo)