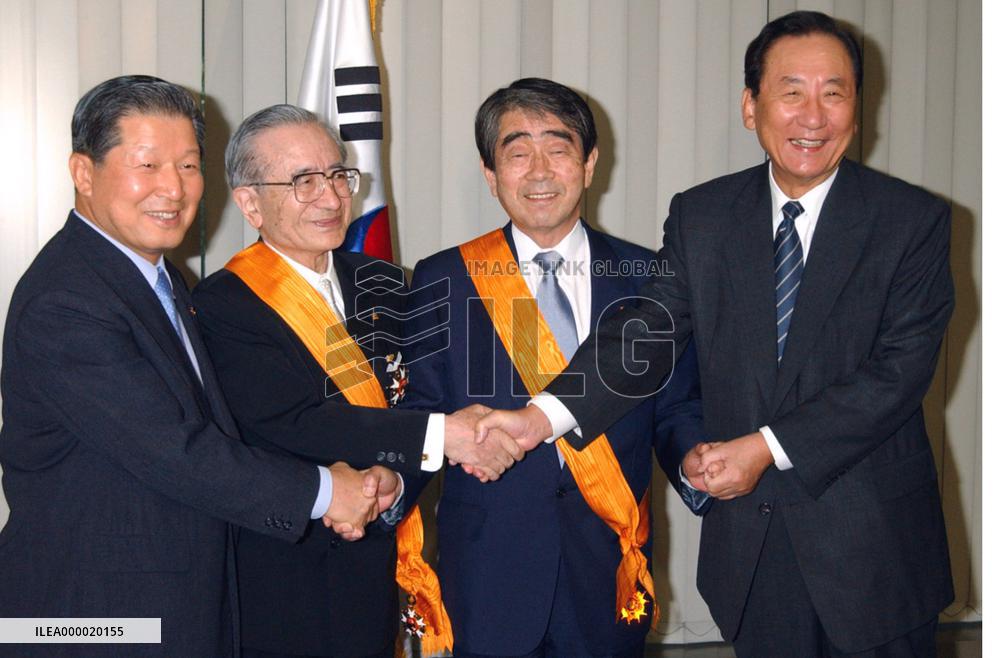 (From L) Ayumi Kaihori, Kozue Ando and Azusa Iwashimizu, members of the Japan football team that won the Women's World Cup in 2011, and former coach Norio Sasaki attend an event in Tokyo on Dec. 17, 2019, after the organizing committee of the 2020 Tokyo Olympics and Paralympics announced that the team will open the domestic leg of the Olympic torch relay. (Kyodo) ==Kyodo Hitoshi Ono (L), a member of Japan's national rugby team at the 2015 World Cup in England, poses for a photo with the World Cup trophy, together with Rob Abernethy (2nd from L), executive director of the 2019 World Cup in Japan, Akira Shimazu (2nd from R), CEO of the 2019 World Cup organizing committee , and Kensuke Hatakeyama, another member of Japan's 2015 World Cup team, at a promotional event held in Tokyo on Aug. 1, 2019, 50 days before the opening of the event. (Kyodo) ==Kyodo Rugby: 100 days to go until start of World Cup 23 teams to set up camps in Japan for World Cup

TOKYO, Japan - Officials representing 32 national soccer teams qualified for the World Cup finals attend a meeting with the Japan and South Korean organizing committees in Tokyo on Feb. 27. JAWOC, the Japanese organizing committee said 23 teams will hold training camps in Japan in their tune-ups for the World Cup to be co-hosted by Japan and South Korea. SEOUL, South Korea - South Korean Culture and Tourism Minister Kim Han Gill puts a World Cup publicity sticker on a car in a ceremony in Seoul on May 31 to mark the final countdown to next year's event to be co-hosted with Japan. AT left is Chung Mong Joon, South Korea's 2002 World Cup Organizing Committee (KOWOC).