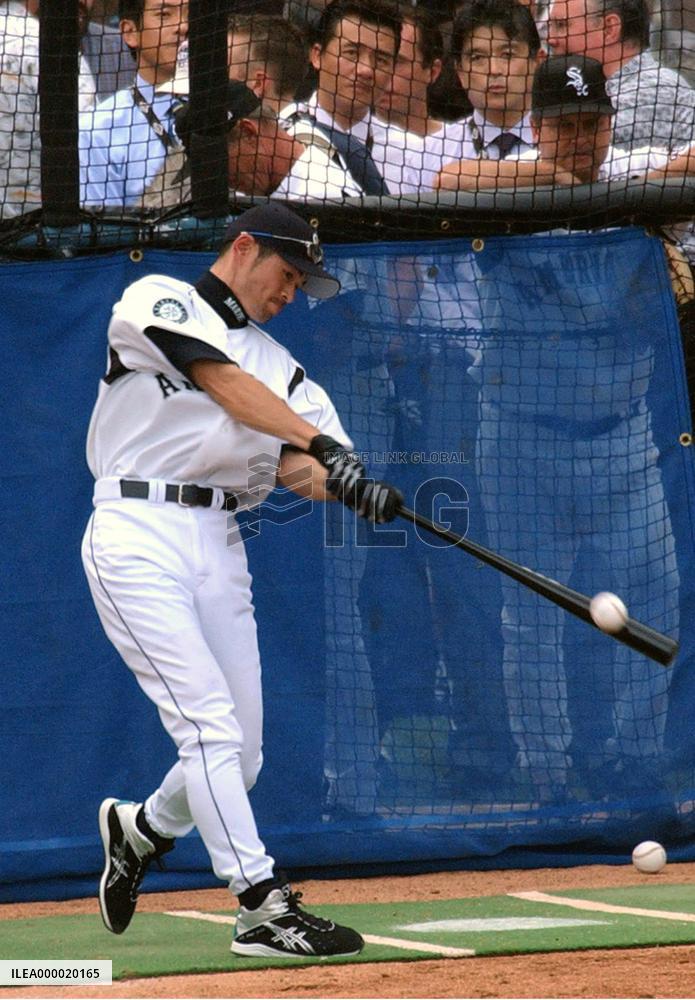 Ichiro to start in right field in All-Star Game Takahiro Norimoto of the Rakuten Eagles pitches against the Orix Buffaloes in a Pacific League baseball game at Hotto Motto Field in Kobe, western Japan, on June 28, 2022. Taro Daniel of Japan practices on June 25, 2022, ahead of the Wimbledon tennis championships starting in the London suburbs on June 27.