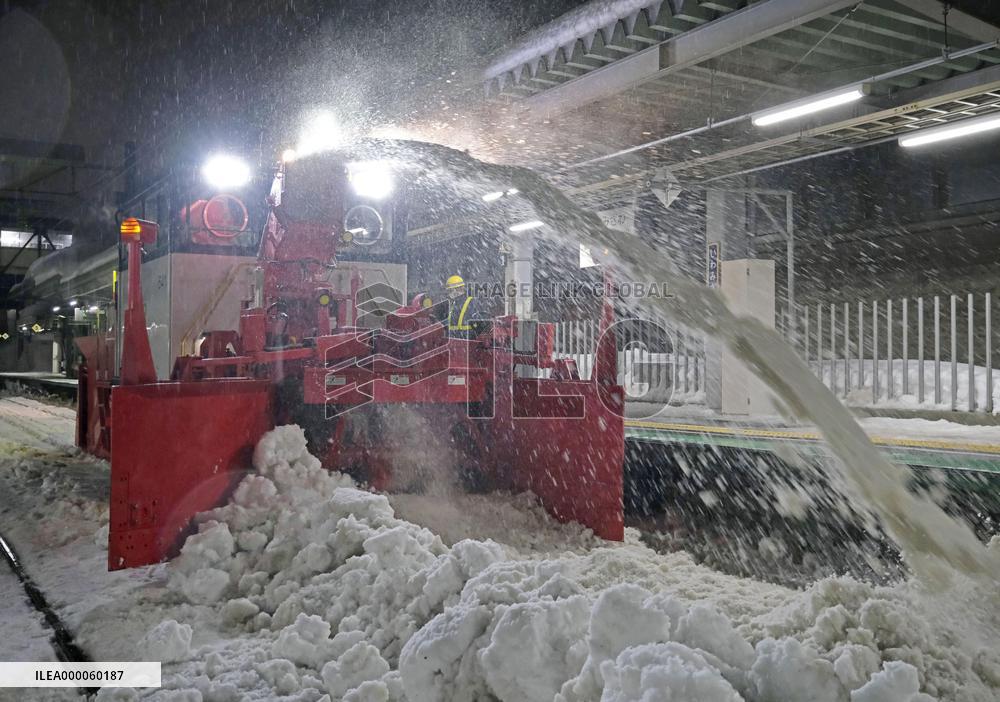 A snowplow clears snow at JR Iwamizawa Station on the northernmost Japanese main island of Hokkaido in the small hours of Feb. 16, 2021.

Heavy snow hit northern Japan on Monday, disrupting air and railway traffic, with weather authorities warning of more blizzards for the region and also some eastern parts of the country. Nearly 180 flights to and from New Chitose Airport, the main air gateway to the northern main island of Hokkaido, were canceled as of 1:30 p.m., while Hokkaido Railway Co. suspended all train runs to and from JR Sapporo Station and the Hokkaido shinkansen bullet train services were delayed as well. Almost 1,100 train runs were canceled in Sapporo and other areas of Hokkaido as of 2:45 p.m. 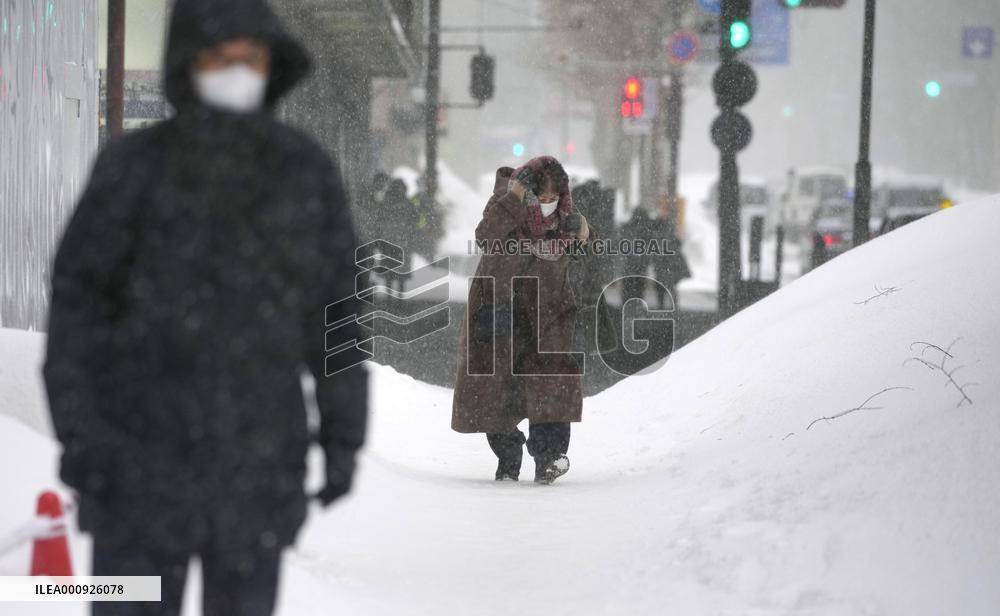 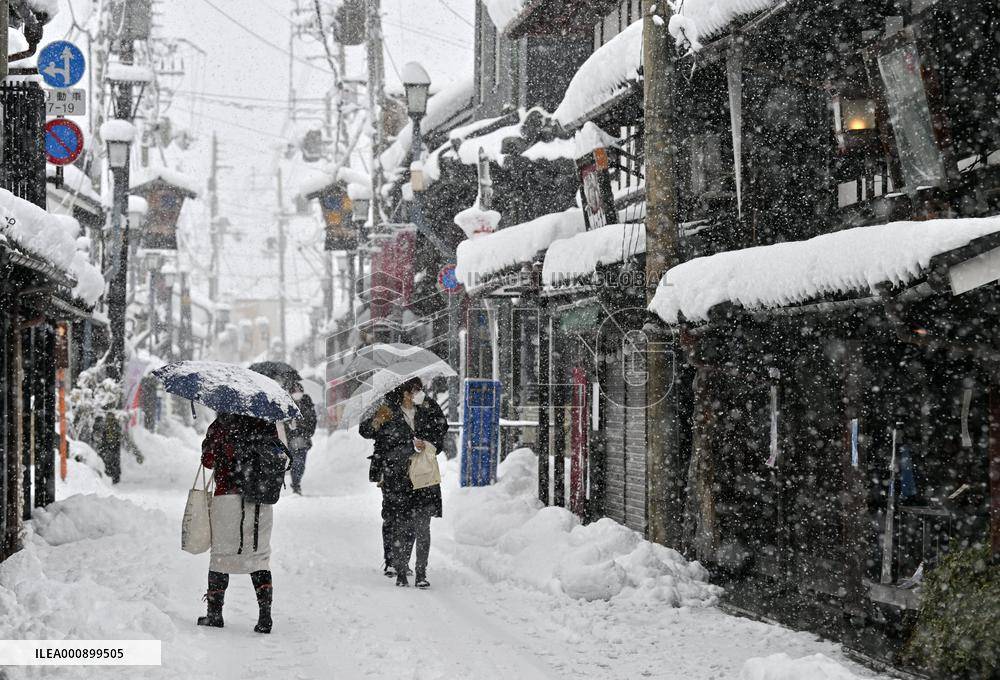 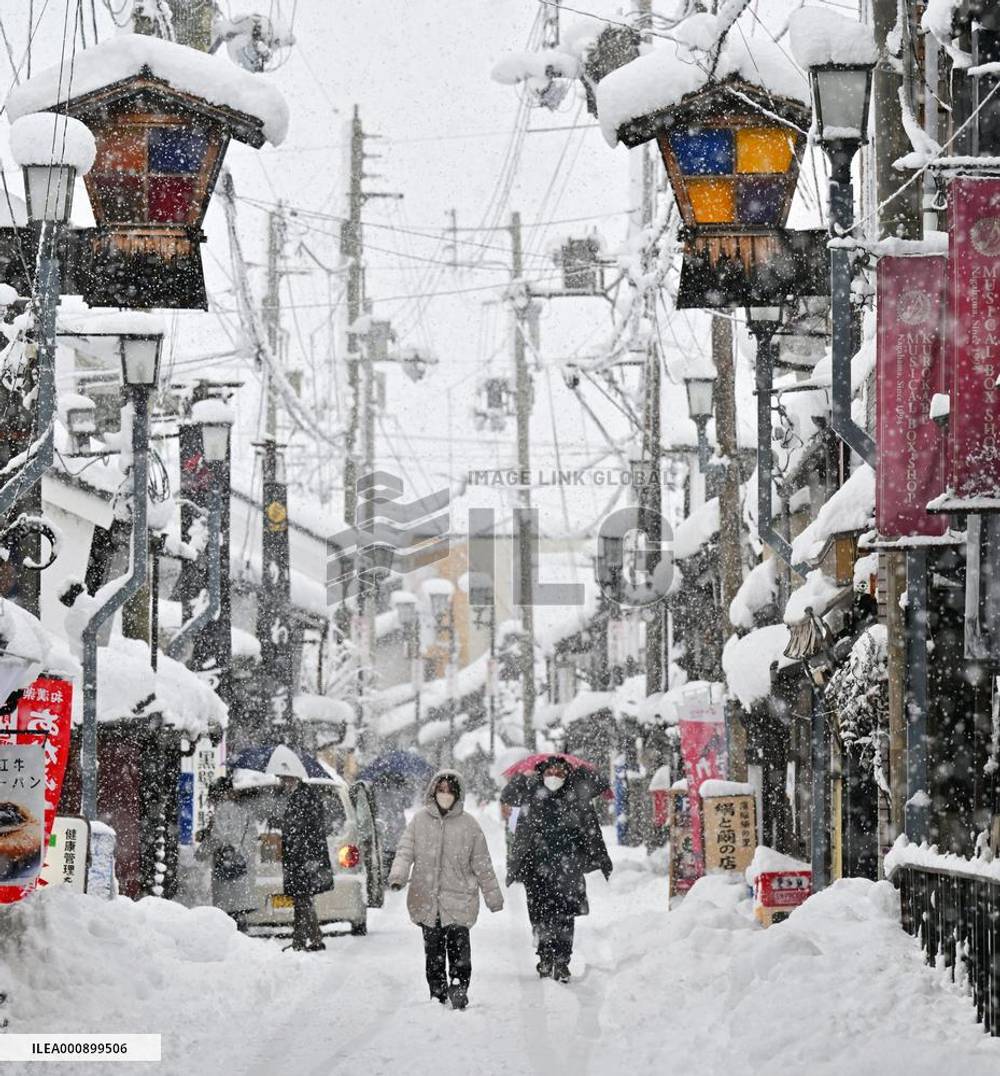 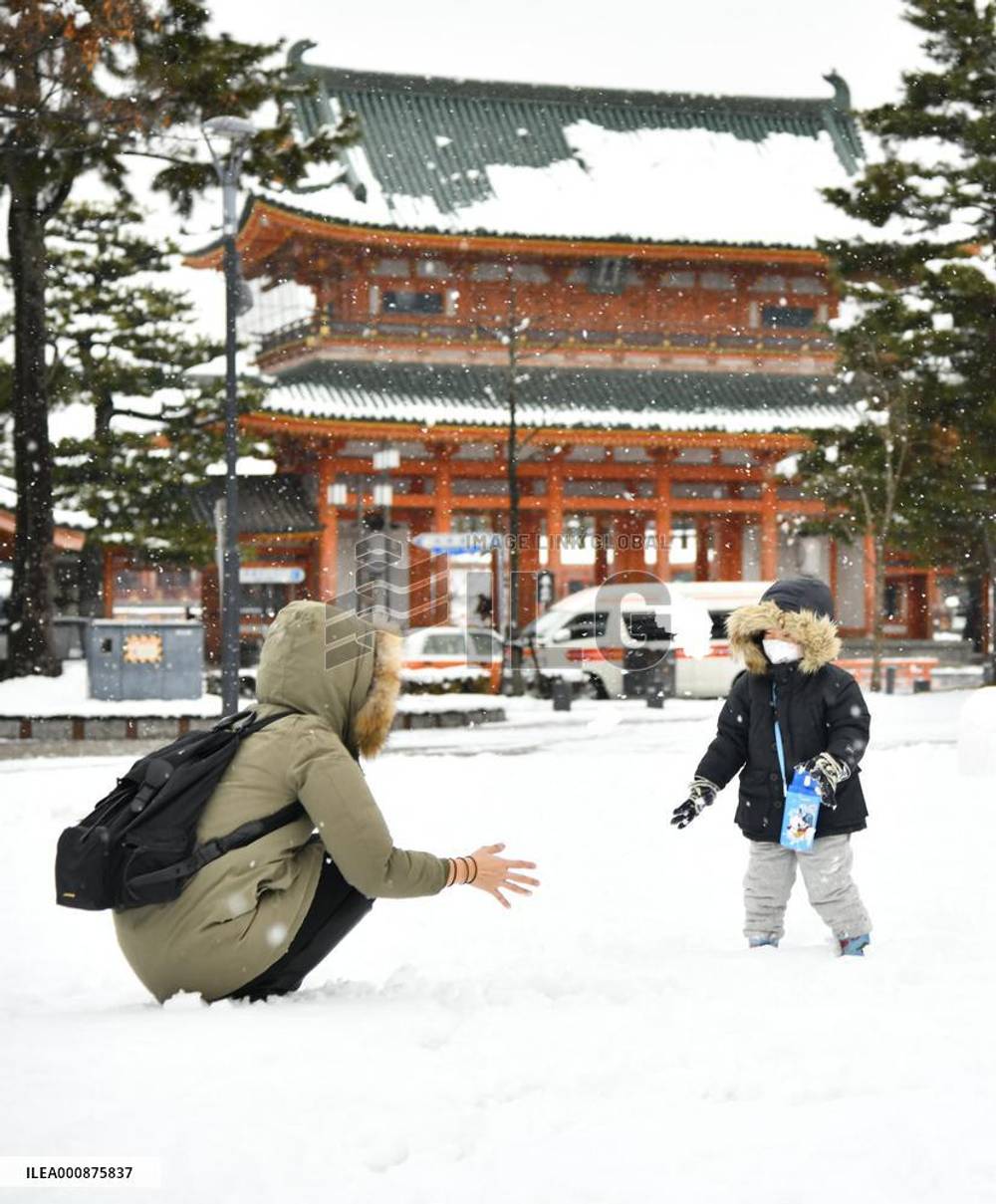 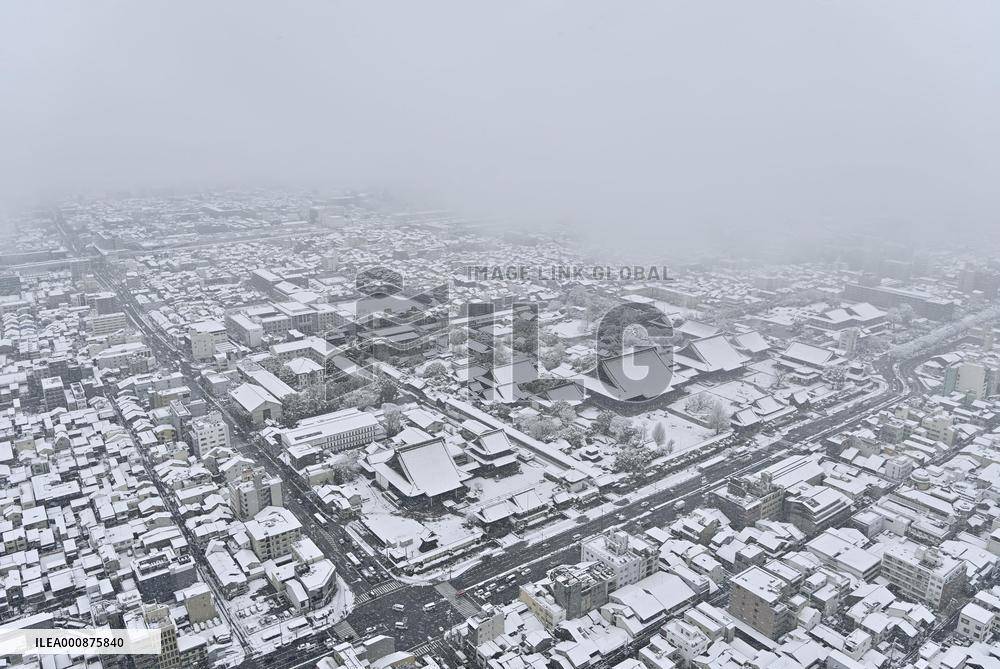 Japan saw tsunami waves of about 1 meter high in coastal areas on Sunday but no major damage or flooding after the eruption of an underwater volcano off Tonga led to evacuation orders for nearly 230,000 citizens. Japan's weather agency issued tsunami warnings and advisories in the early hours for the Pacific coast from Hokkaido to Okinawa, but these were all lifted in the afternoon, after around 14 hours. Up to 229,000 people in eight prefectures -- Aomori, Iwate, Miyagi, Chiba, Tokushima, Kochi, Miyazaki and Kagoshima -- were asked to flee from the seaside, according to the Fire and Disaster Management Agency.