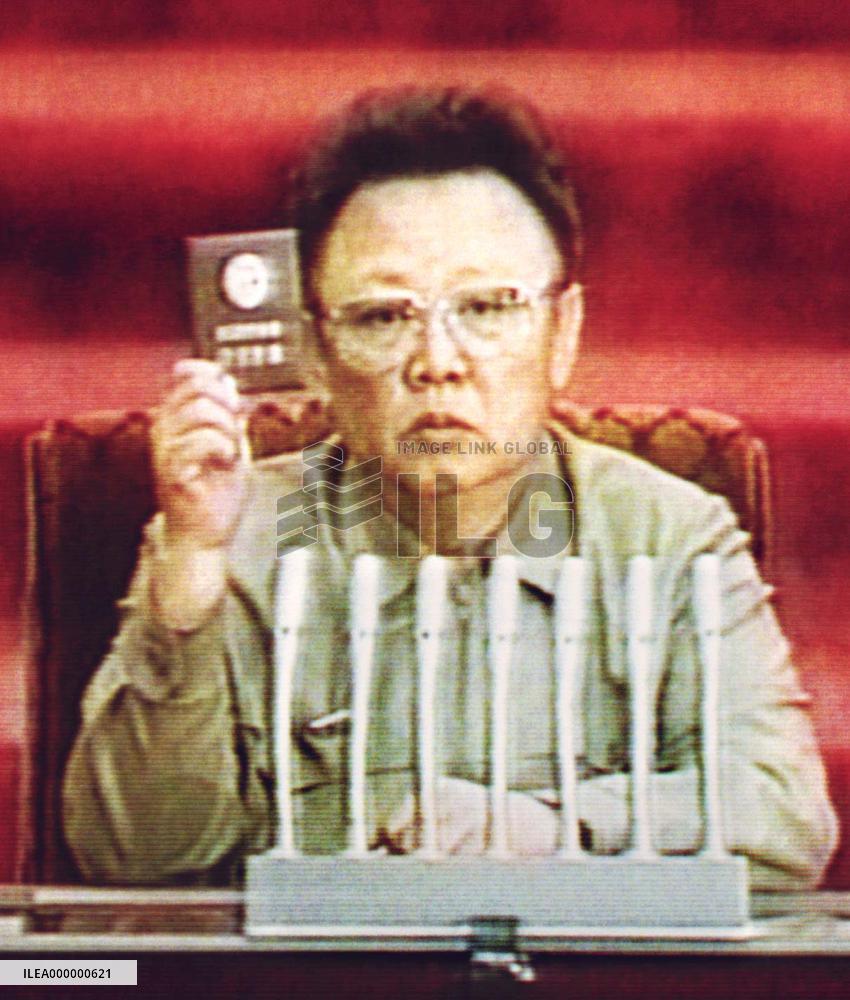 North Korean leader Kim Jong Il makes a point Sept. 5 at the Supreme People's Assembly, North Korea's legislature, which reelected him chairman of the National Defense Commission and made him head of state through Constitutional amendment. Photo was taken from TV Tokyo. ==Kyodo (220926) -- ROME, Sept. 26, 2022 (Xinhua) -- Giorgia Meloni, leader of the Brothers of Italy, delivers a speech in Rome, Italy, Sept. 26, 2022. A right-wing coalition is projected to win the elections held to renew the parliament in Italy on Sunday, showed projections based on partial results. (Photo by Alberto Lingria/Xinhua) (220924) -- WUHAN, Sept. 24, 2022 (Xinhua) -- Photo taken on Sept. 24, 2022 shows a finless porpoises scientific expedition vessel at the Jianli section of the Yangtze River, central China's Hubei Province. China launched a scientific survey of Yangtze finless porpoises, an iconic species in the country's longest river Yangtze, on Monday, with an aim to formulate a more targeted protection plan for the species. Organized by the Yangtze river basin fishery administration under the Ministry of Agriculture and Rural Affairs, the expedition has been jointly undertaken by local fishery authorities of six provincial-level regions, scientific research institutions, and social organizations. Data on the porpoise population and distribution, as well as the environment of its habitats, will be collected during this scientific expedition to determine the factors that may threaten the species and evaluate the effect of the current protection measures. The Yangtze finless porpoise, which is under top-level state (220922) -- WASHINGTON, Sept. 22, 2022 (Xinhua) -- U.S. Federal Reserve Chair Jerome Powell attends a press conference in Washington, D.C., the United States, on Sept. 21, 2022. The U.S. Federal Reserve on Wednesday enacted the third consecutive three-quarter-point rate hike, as it continues to ramp up its fight against surging inflation. The Federal Open Market Committee (FOMC), the Fed's policy-setting body, decided to raise the target range for the federal funds rate to 3 to 3.25 percent and "anticipates that ongoing increases in the target range will be appropriate," the Fed said in a statement after a two-day policy meeting. (Photo by Alexander Norton/Xinhua)