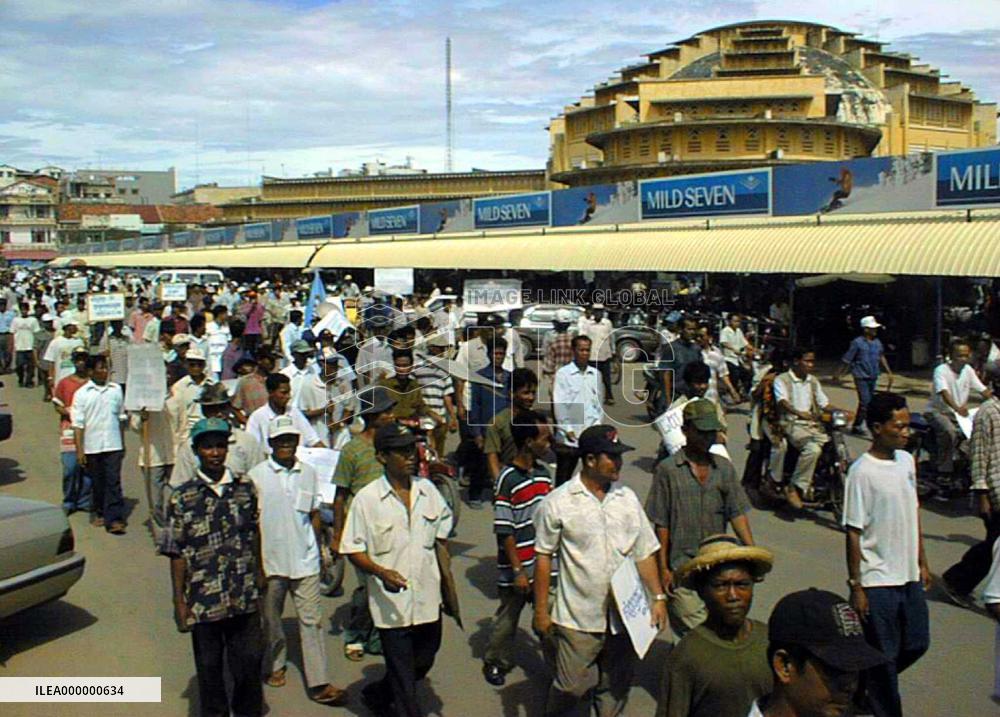 Another protester killed in Ca TAICHUNG, Taiwan - A supporter of the Taiwanese main opposition Democratic Progressive Party is taken into an ambulance after becoming unconscious in a tussle with riot police near the venue of planned talks on Taiwan-China trade in Taichung on Dec. 21, 2009. Chen Yunlin, China's top trade envoy arrived in the city the same day. (Kyodo) Police check around Imperial Palace ahead of Obama visit

TOKYO, Japan - On Nov. 11, 2009, members of the riot police check in the moat around the Imperial Palace in Tokyo's Chiyoda Ward ahead of the Nov. 12 government-sponsored ceremony commemorating the 20th anniversary of Emperor Akihito's accession and U.S. President Barak Obama's official visit to Japan on Nov. 13. Police have stepped up security in the metropolitan Tokyo ahead of the two major national events. (Kyodo) TOKYO, Japan - Sacked workers of the Keihin Hotel and their supporters scuffle with riot police officers near the hotel in Tokyo's Minato Ward on Jan. 25. The scuffle took place after Tokyo District Court enforcement officers entered the hotel the same day to evict people who had continued ''voluntarily working'' there. (Kyodo) TOKYO, Japan - Riot police confront supporters of the pro-Pyongyang General Association of Korean Residents in Japan, or Chongryon, as police searched Chongryon's federation of chambers of commerce and industry in Tokyo's Taito Ward Nov. 27. Police plan to arrest a former official of a Chongryon affiliate on suspicion of violating the certified tax accountant law. (Kyodo) SEOUL, South Korea - South Koreans scuffle with riot police in Seoul May 24 during a demonstration against the South Korean government's decision to relax controls on the import of U.S. beef subject to mad cow disease inspection. (Kyodo) BEIJING, China - A home owner (C) who was resisting eviction to make way for a construction project related to next year's Beijing Olympics is escorted away by a police officer after being forcibly removed from his home in the historic neighborhood of Qianmen on Nov. 8. Several dozen police officers arrived at the man's house in the morning to remove him and about a dozen supporters before demolition workers flattened the house and cleared the area. The man was the last person in the area to resist eviction. (Kyodo) TAIPEI, Taiwan - Taiwan women, who were forced to serve Japanese troops as sex slaves, and their supporters chant anti-Japan slogans during a protest march in Taipei on Aug. 15. They urged the Japanese government to formally acknowledge, apologize and accept its responsibility over the ''comfort women'' issue. (Kyodo) OSAKA, Jpan - Plaintiffs attend a meeting with their supporters on May 12 after the Osaka District Court certified them as victims of illnesses caused by atomic-bomb radiation, declaring illegal the government's earlier decisions not to grant such certification. The court, however, turned down their other demand for 3 million yen in damages per person. (Kyodo)