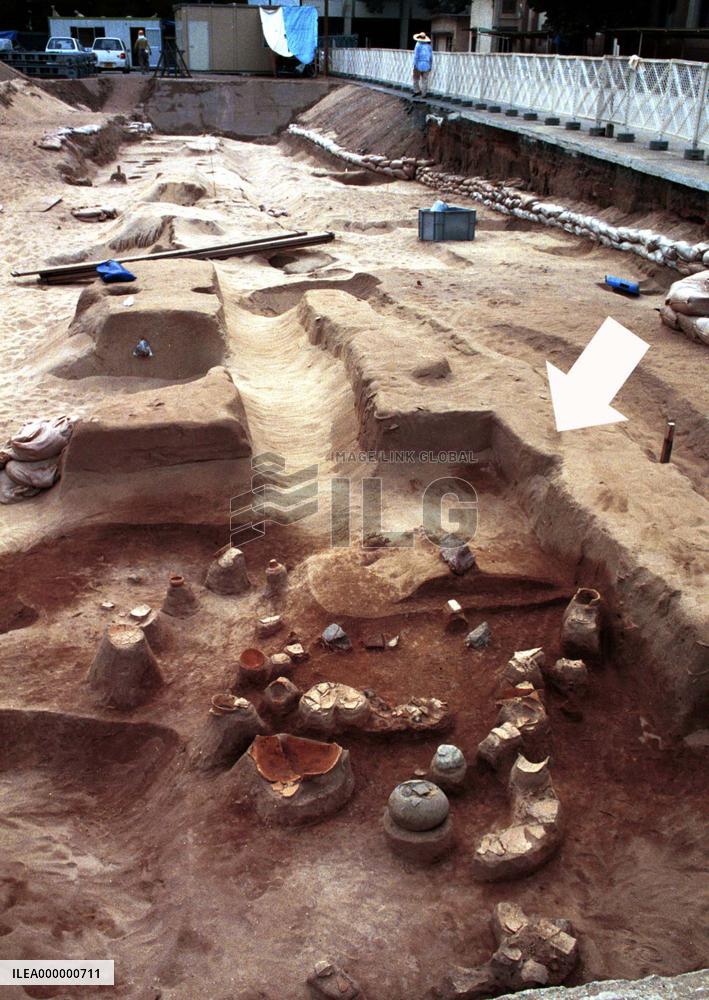 The remains of an ancient site believed to have been used by early settlers in Japan from the Korean Peninsula during the early Kofun period have been found in Fukuoka Prefecture, Kyushu. The site, found in the Nishijin Machi Ruins on the grounds of a high school, is believed to have been built between the early 3rd century and the late 4th century. The arrow indicates a kitchen oven that Tadashi Nishitani, a professor of archeology at Kyushu University, says might have been very common in the Korean Peninsula, but not in Japan. ==Kyodo MIYAZAKI, Japan - Local authorities said Feb. 20 they have discovered the remains of one of Japan's oldest rice paddies in Miyakonojo, Miyazaki Prefecture. The 1,400-square-meter site (shown in photo provided by the Miyazaki Nichinichi Shimbun) is estimated to be the remains of rice paddies dating back to the fourth or fifth century B.C. Rice became the principal Japanese staple crop after it was introduced into the country from China or the Korean Peninsula.