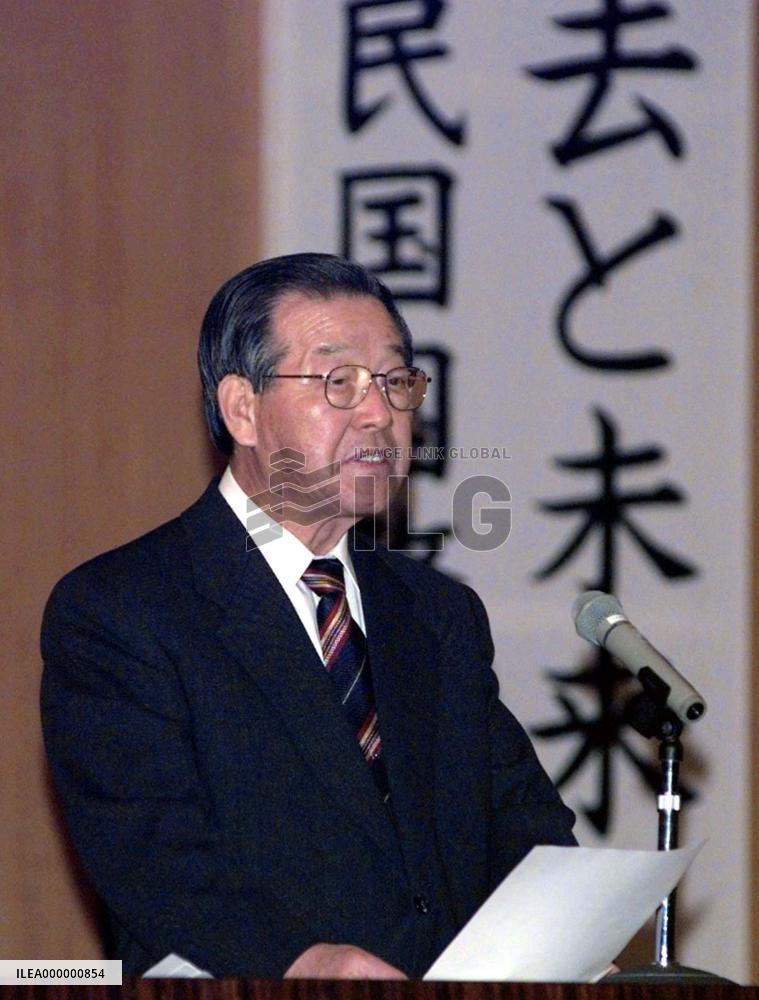 South Korean Prime Minister Kim Jong Pil delivers a speech in Fukuoka, southwestern Japan on Nov. 30, proposing that Japan, China and South Korea play a leading role in forming a sense of community in Asia. In the speech at Kyushu University, Kim, speaking in Japanese, said, ''Both South Korea and Japan, together with China, should be conscious of playing a leading role in uniting Asia.'' Kim made the speech after attending a ministerial meeting with Japan in Kagoshima, southwestern Japan, which was held to exchange views on a range of issues. U.S. committed to 'firm and unwavering' defense of S. Korea SINGAPORE, Singapore - Leaders of the 10-member Association of Southeast Asian Nations, Japan, China and South Korea pose for a photo at their meeting at a Singapore hotel on Nov. 20. (Pool photo by Kyodo News)