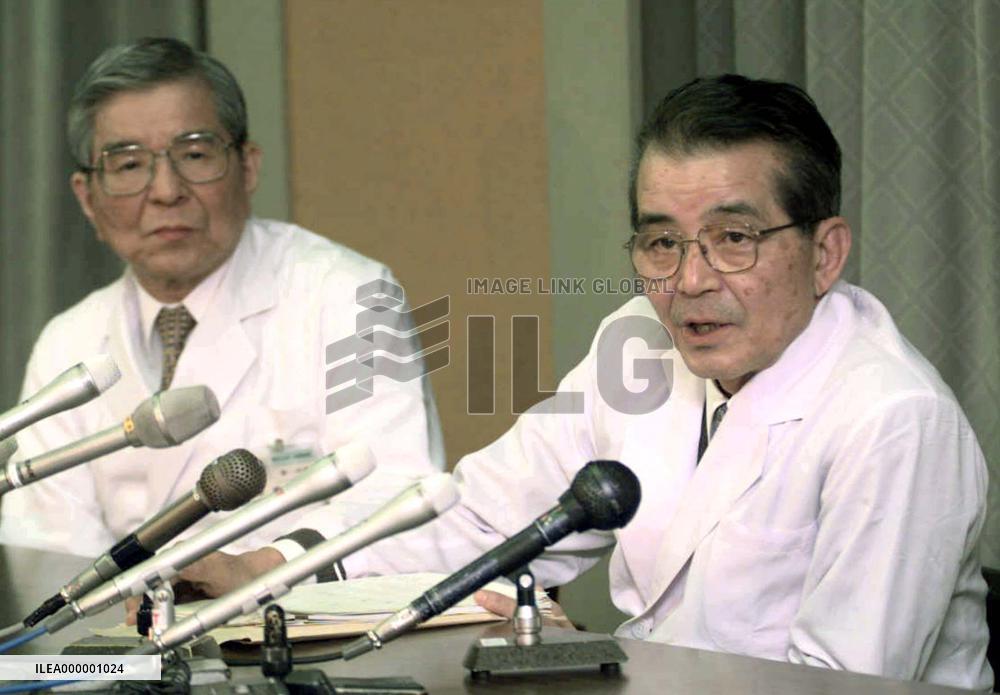 Taihei Miyakawa (R), chairman of Kumamoto Univ. medical ethics committee, says Jan. 6 at a press conference that it turned down a request by a team of university doctors to perform a so-called ''domino'' liver transplant procedure. 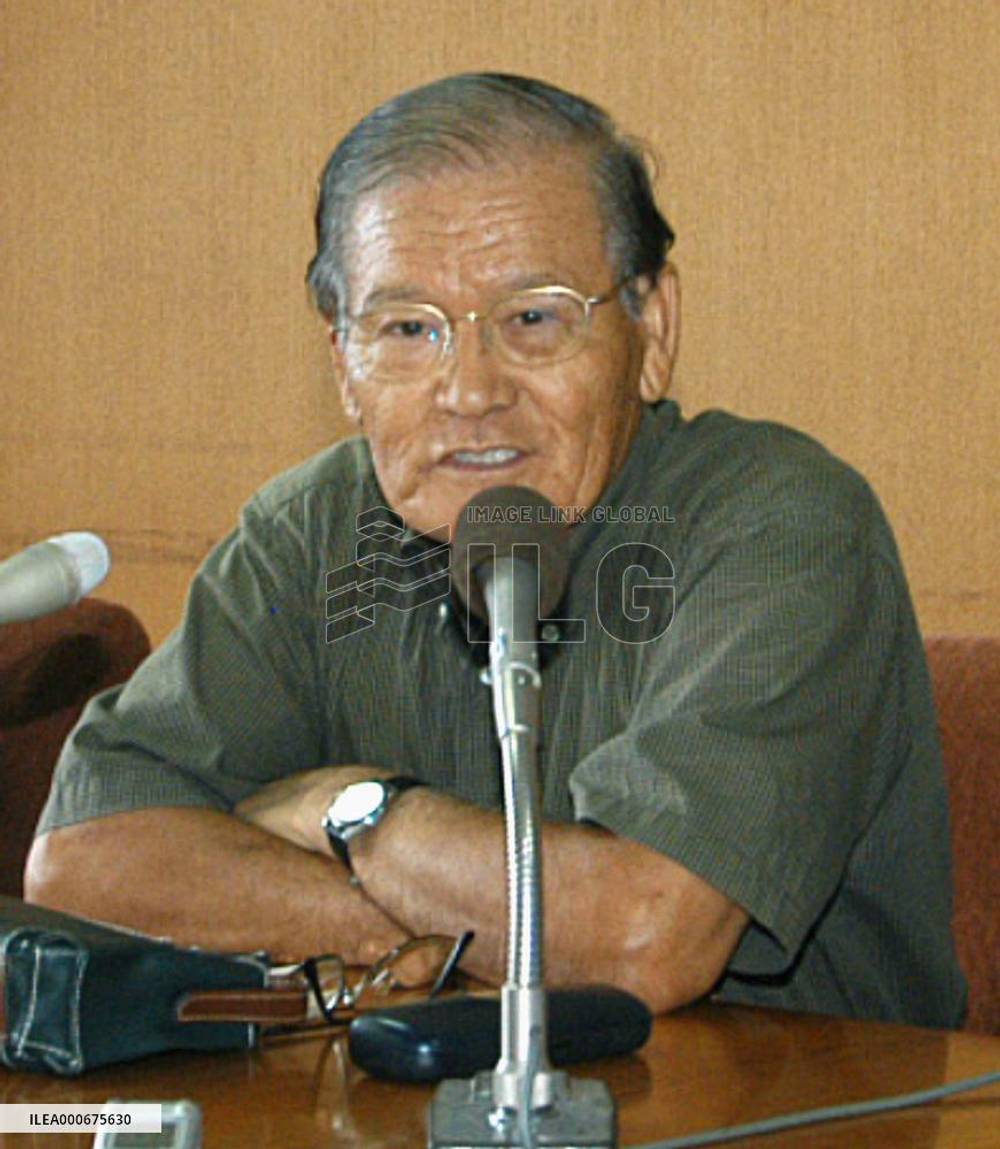 NAHA, Japan - Isamu Kogachi, 75, smiles during a press conference on Aug. 17 after the University of the Ryukyus revoked -- after 51 years -- its action to expel him and five other students for engaging in an anti-U.S. rally in Okinawa when it was under U.S. control. The university said in rescinding its decision, ''It was an action taken after an adamant request by the U.S. Civil Administration,'' which was ruling the islands collectively known as the Ryukyus. (Kyodo) 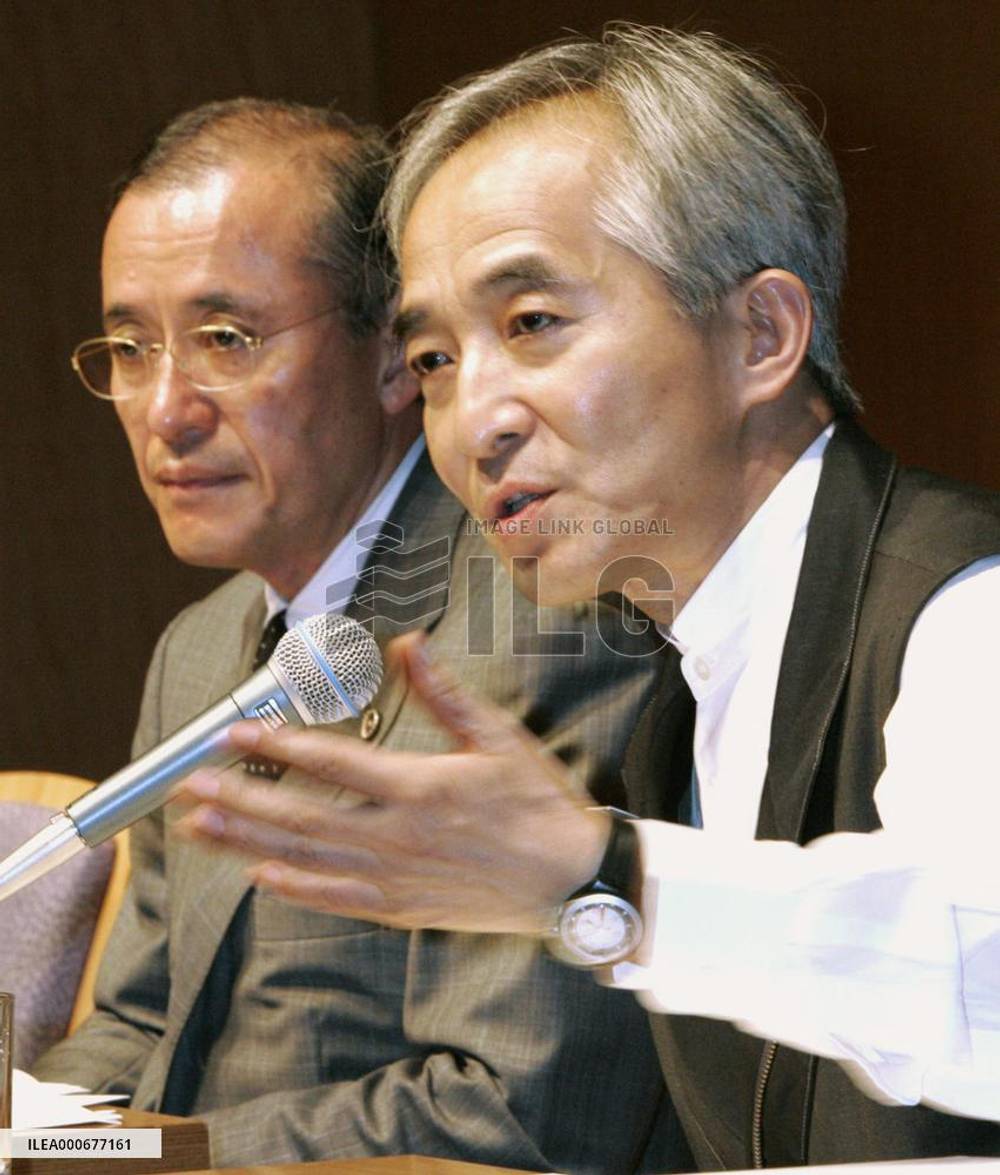 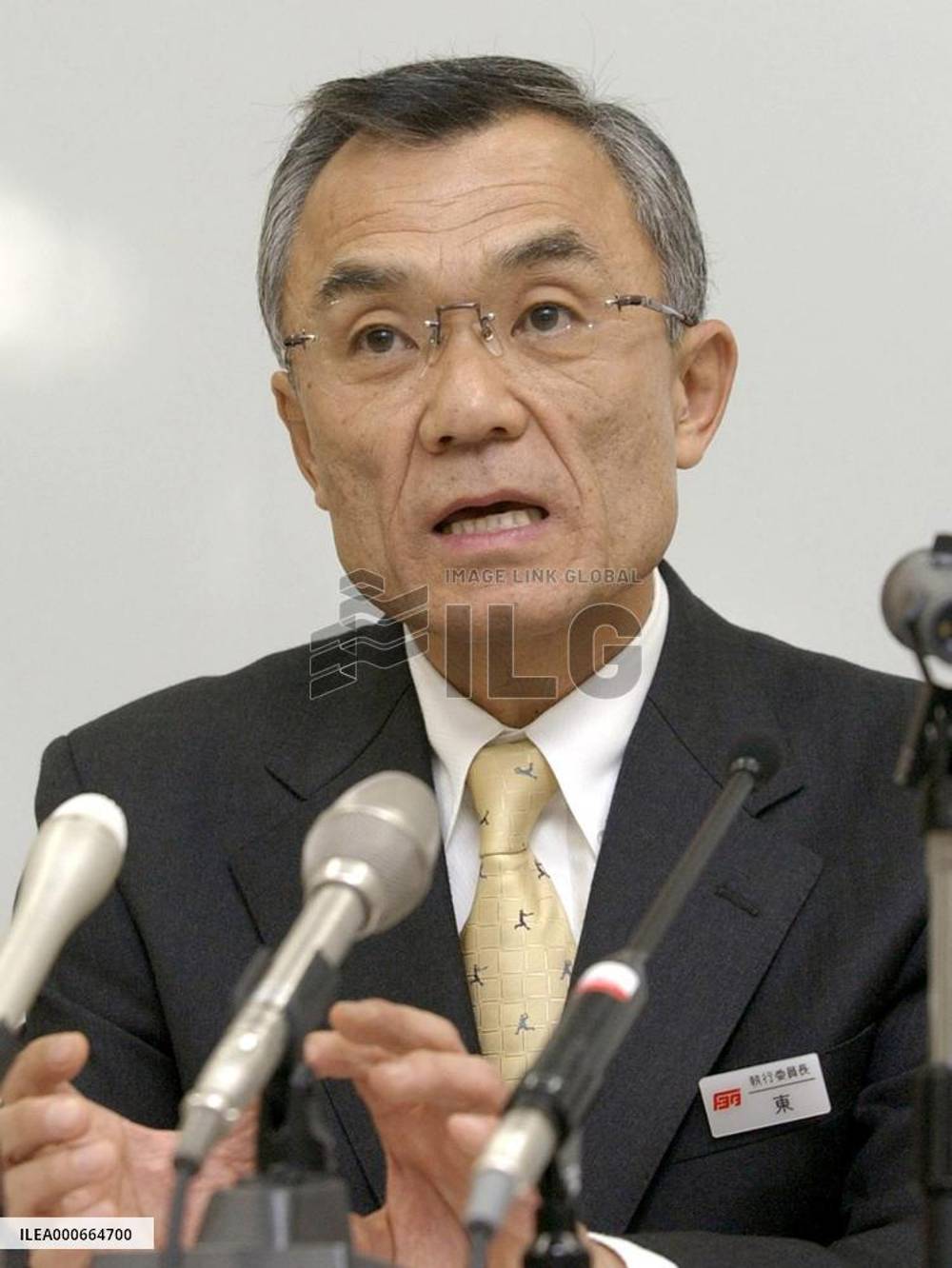 TOYOTA, Japan - Masamoto Azuma, chairman of the Toyota Motor Workers' Union, speaks at a press conference in the city of Toyota, Aichi Prefecture, on March 15 after the labor union and management agreed on a 1,000 yen rise in basic monthly pay as well as a seniority-based annual pay hike of 6,900 yen. (Kyodo) 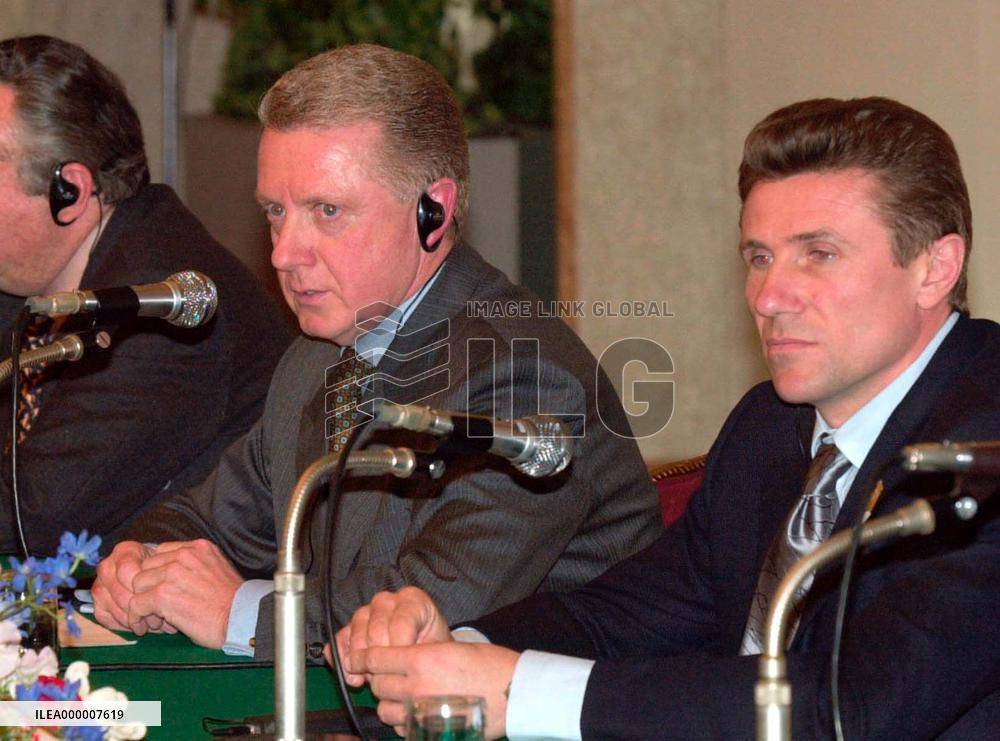 OSAKA, Japan - Hein Verbruggen (L), head of the International Olympic Committee's (IOC) fact-finding panel for the 2008 Olympic Games, speaks at the news conference in Osaka on March 1. Seated to right is Sergey Bubka, also a member of the IOC inspection team. Verbruggen called Osaka's sports facilities ''impressive'' and noted that the city's plan to host the Olympics on three reclaimed islands in Osaka Bay was a ''solid concept'' that will be an ''excellent legacy'' for the Games. 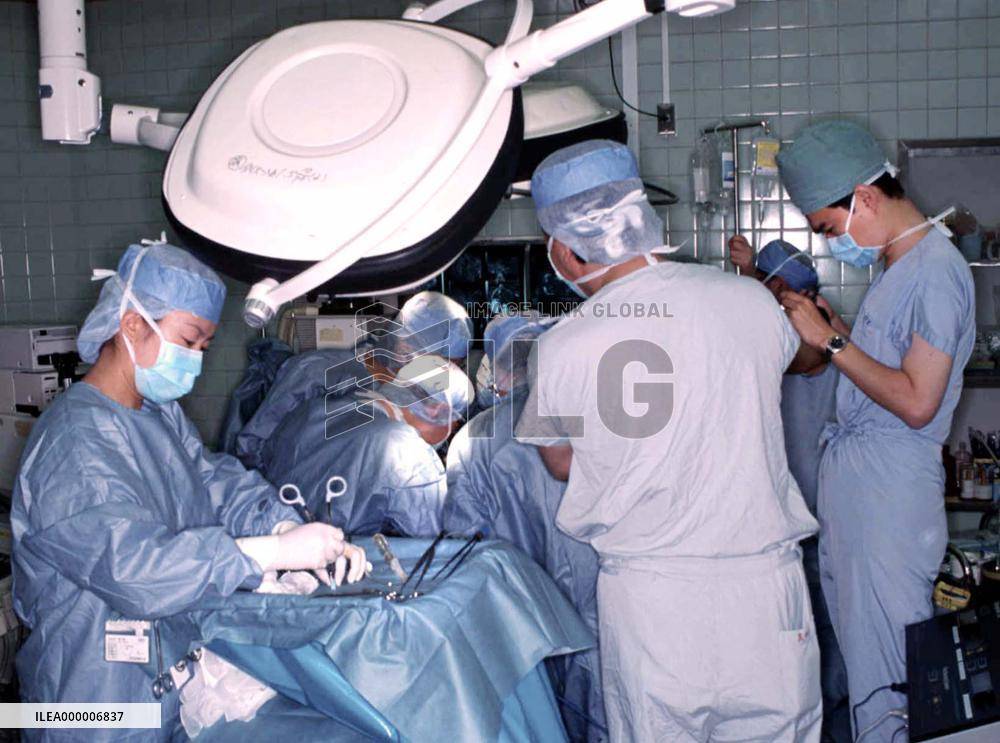 KUMAMOTO, Japan - Doctors at Kumamoto University Hospital in southwestern Japan remove part of a liver from a donor in Japan's sixth 'domino' liver transplants on Dec. 12. In the transplant operations, a section from a 19-year-old girl's liver will be transferred to her father, whose own liver will be passed on to another man. The photo was provided by Kumamoto University Hospital. 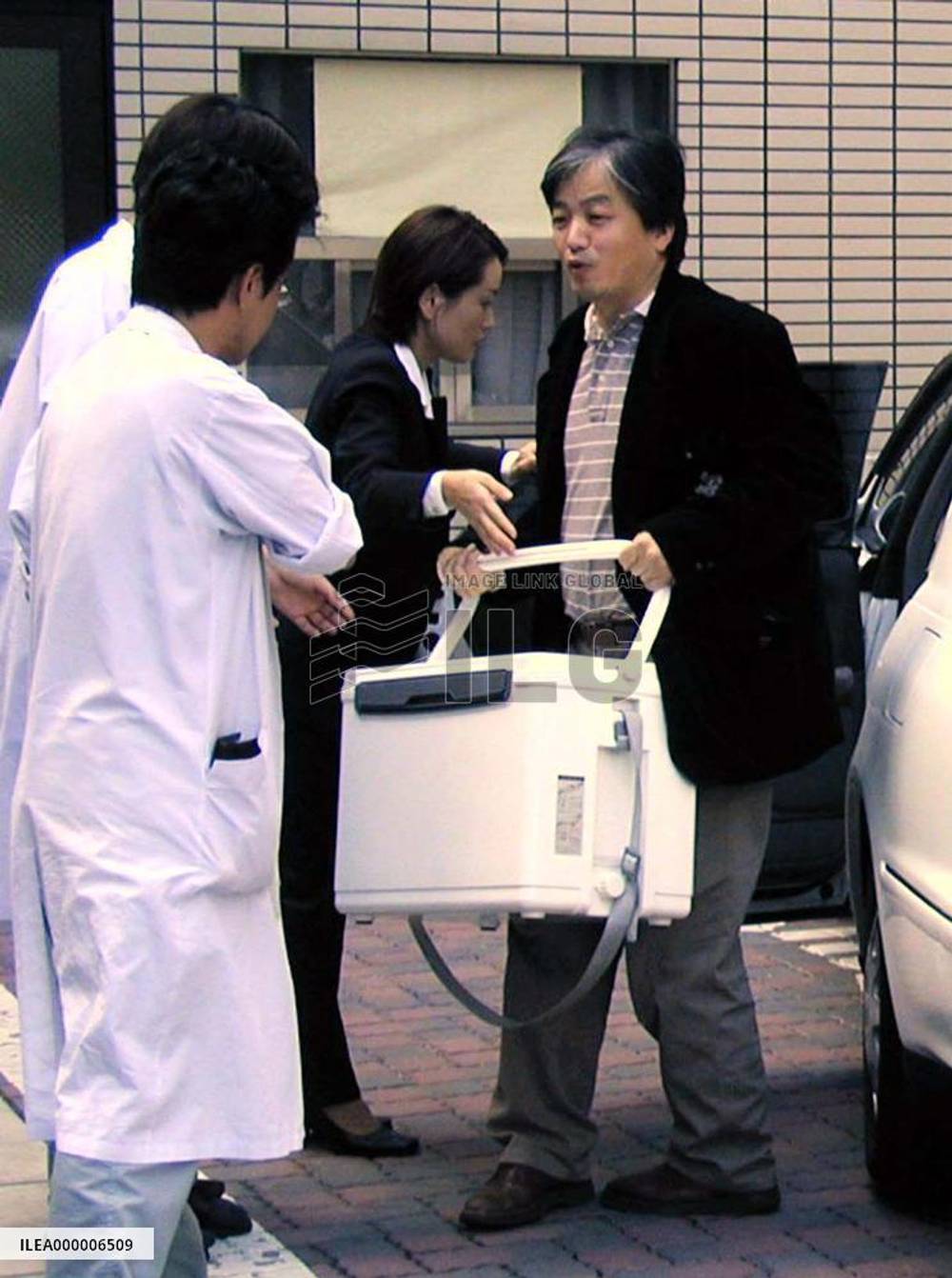 Japan's 9th set of organ transplants gets under way

KYOTO, Japan - A doctor (R) from Hokkaido University transporting a liver arrives at Kyoto University Hospital as Japan's ninth set of organ transplant operations got under way Nov. 5 on two women, one in her 40s and another in her 50s, from organs donated by a brain-dead woman in Hakodate, Hokkaido. Earlier in the day, doctors at Hokkaido University removed two organs from the donor -- a kidney for the younger woman at the municipal hospital in Sapporo and a liver for the older woman in Kyoto. The liver was transported to Kyoto by plane and Shinkansen bullet train. 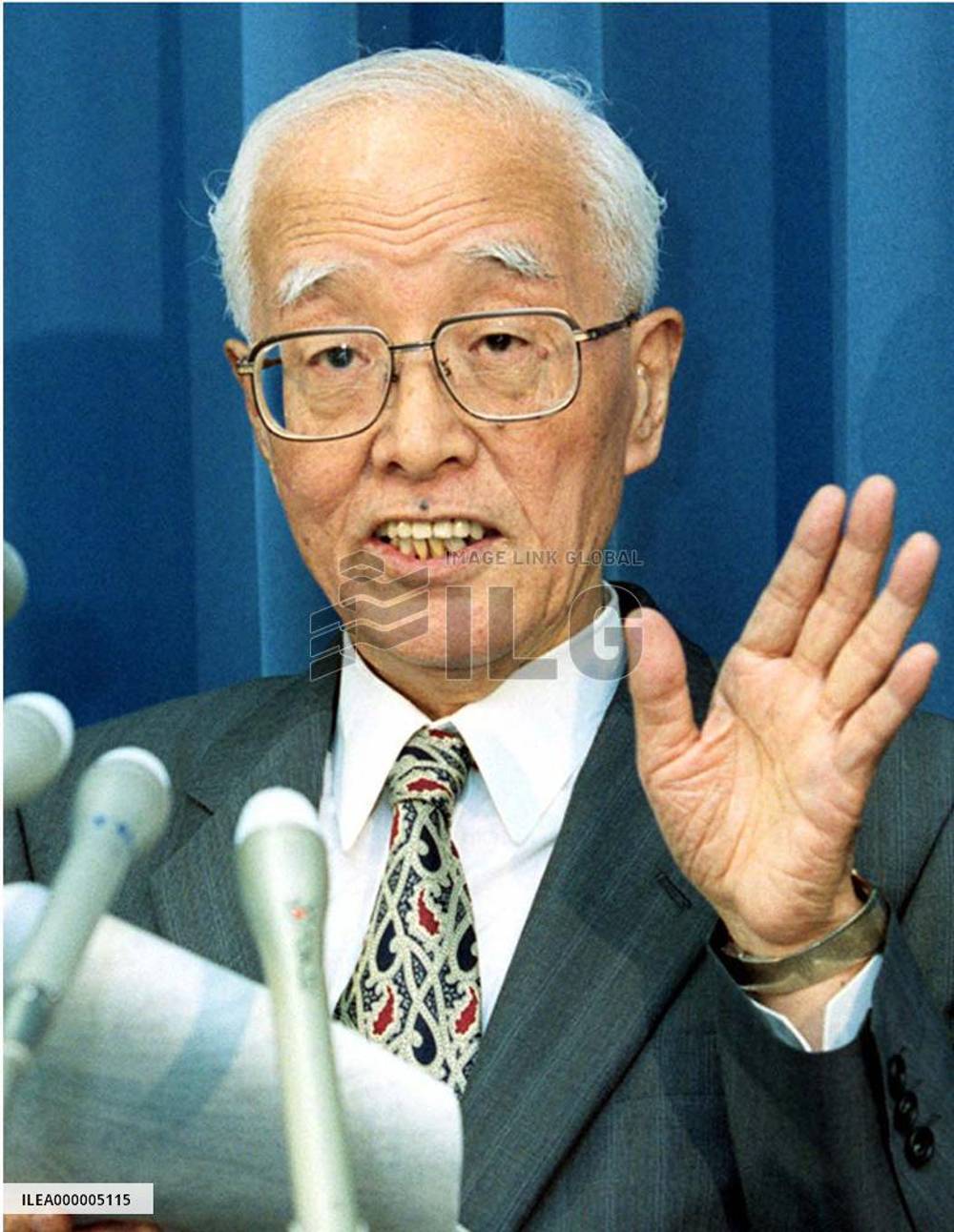 TOKYO, Japan - Miyohei Shinohara, chairman of an advisory panel to the Economic Planning Agency (EPA), holds a news conference at the agency in Tokyo on June 19, as his panel, the Economic Dates Examination Committee, concluded the same day that Japan's economy hit bottom in April 1999 after more than two years of downturn. Shinohara said, however, the panel judgment should not be seen as a declaration of economic recovery. 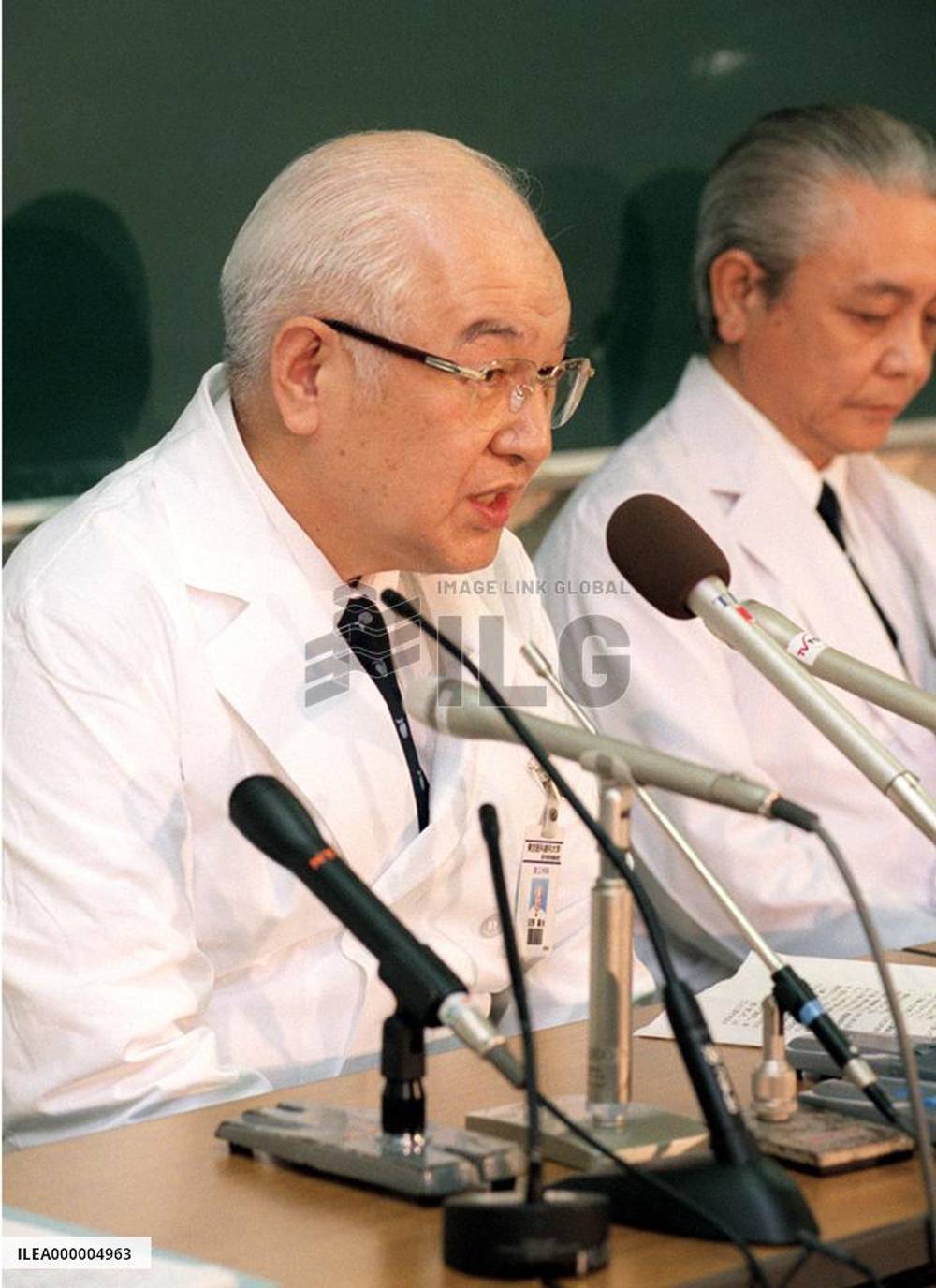 Tokyo Medical and Dental University Hospital : Press Conference June 2, 2000 Doctors at a Tokyo hospital apologized Friday for leaving a patient in a coma after administering 10 times the required amount of tranquilizer last month. Speaking at a news conference, doctors at the Tokyo Medical and Dental University Hospital identified the patient only as being between 20 and 30 years old, in deference to the family's wishes. Police said they have launched an investigation suspecting professional negligence. According to the doctors, the patient was transferred to the hospital's general ward from its intensive care unit on May 12 after undergoing neck surgery on May 9. 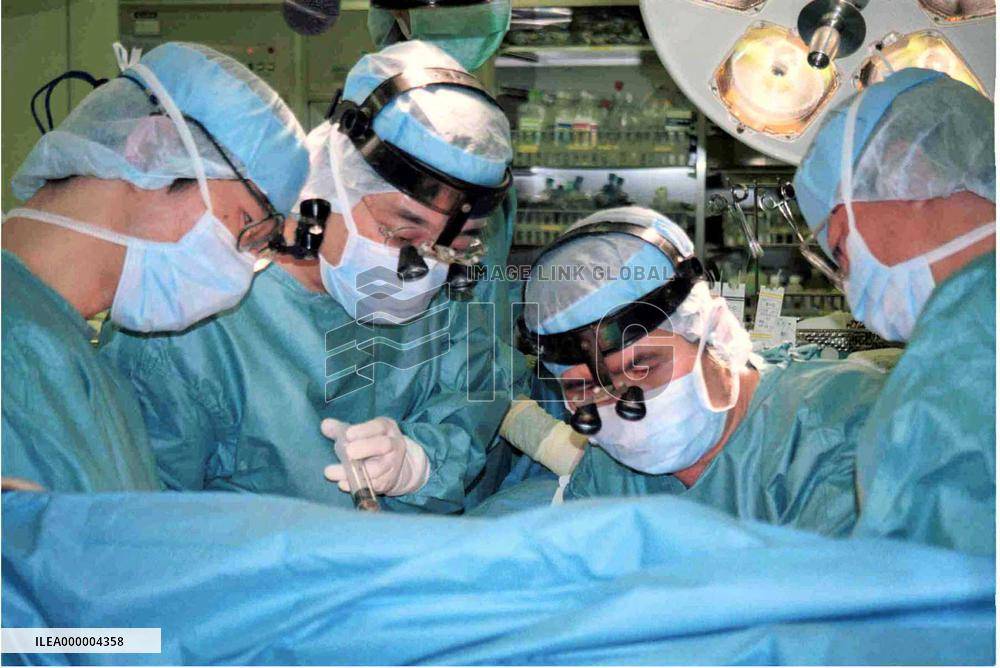 KYOTO, Japan - Kyoto University Hospital doctors led by Koichi Tanaka (third from L) carry out a liver transplant on a 6-year-old girl late on March 29, as part of a series of transplants around Japan of organs extracted from a female patient confirmed legally brain-dead March 28 at a Tokyo hospital. The operations, which were successfully completed by the morning of March 30, involved four organs transplanted to seven patients, including two children, at six medical institutions. Kyoto University Hospital released this photo. 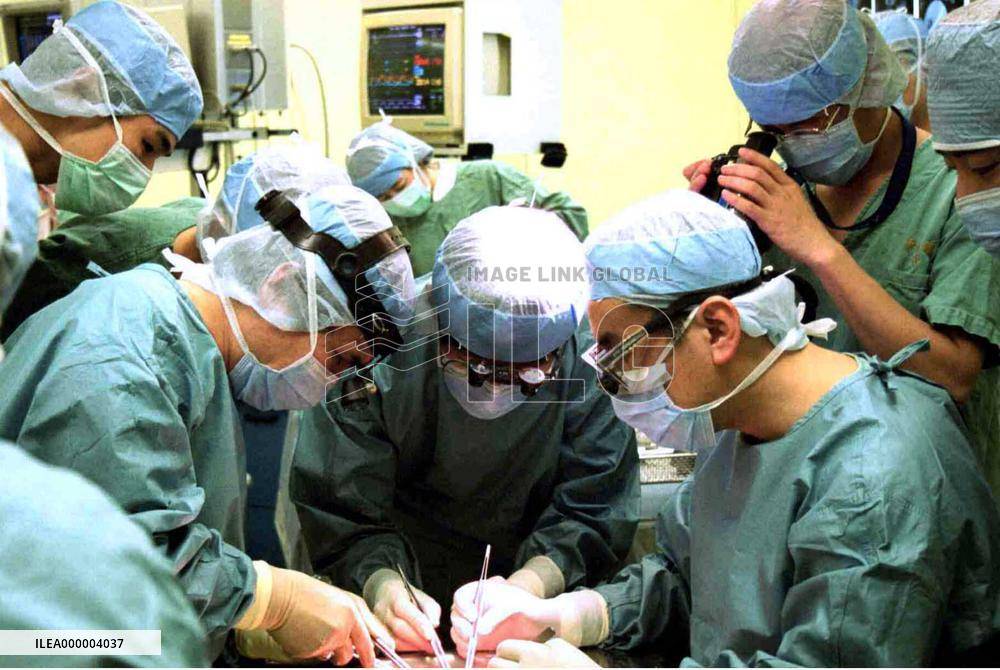 KYOTO, Japan - Kyoto University Hospital doctors begin late Feb. 21 the latter of a series of ''domino'' liver transplant operations, after having received a liver removed from a patient some four hours earlier in Tokyo, about 500 kilometers away. This photo, provided by the hospital, shows Prof. Koichi Tanaka (2nd from L) and other doctors dividing the organ into two parts in order to transplant them into two men with critical liver diseases.