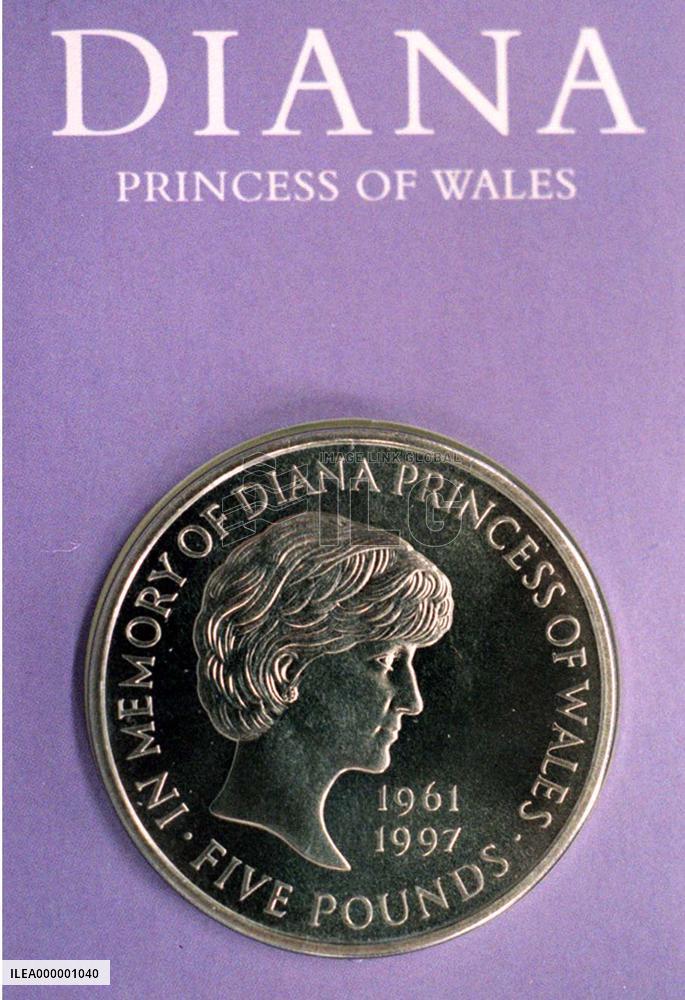 The sale of coins commemorating Britain's late Princess Diana starts in Japan on Jan. 9. Minted by the British government, the 5 pound coin is made of nickel, features side facial profiles of Princess Diana and Queen Elizabeth II on alternate side. The coin comes with a holder featuring a photograph of the princess smiling. A set of the coin in the holder is priced at 3,500 yen. ==Kyodo

TOKYO, Japan - Photo shows a 10,000-yen gold coin that Japan will issue later this year to mark the 20th anniversary of Emperor Akihito's enthronement. The front side of the pure-gold coin (top) depicts a phoenix and the Imperial Palace's ''Nijubashi'' double-arched bridge and the reverse side (bottom) depicts the chrysanthemum seal. A 500-yen nickel-brass coins will also be issued. (Kyodo) Commemorative coins for emperor's reign to be issued Gold coin to be issued to celebrate emperor's enthronement

TOKYO, Japan - Photo shows both sides of the 10,000-yen gold coin to be issued to celebrate Emperor Akihito's 10th anniversary of enthronement. One side of the coin, 20 grams in weight and 28 millimeters in diameter, is a design of a Phoenix, and the other side is a chrysanthemum, the emblem of the imperial family. Finance Minister Kiichi Miyazwa on July 13 announced details of the issuance in November. The government will issue 200,000 gold coins and 15 million 500-yen nickel coins.