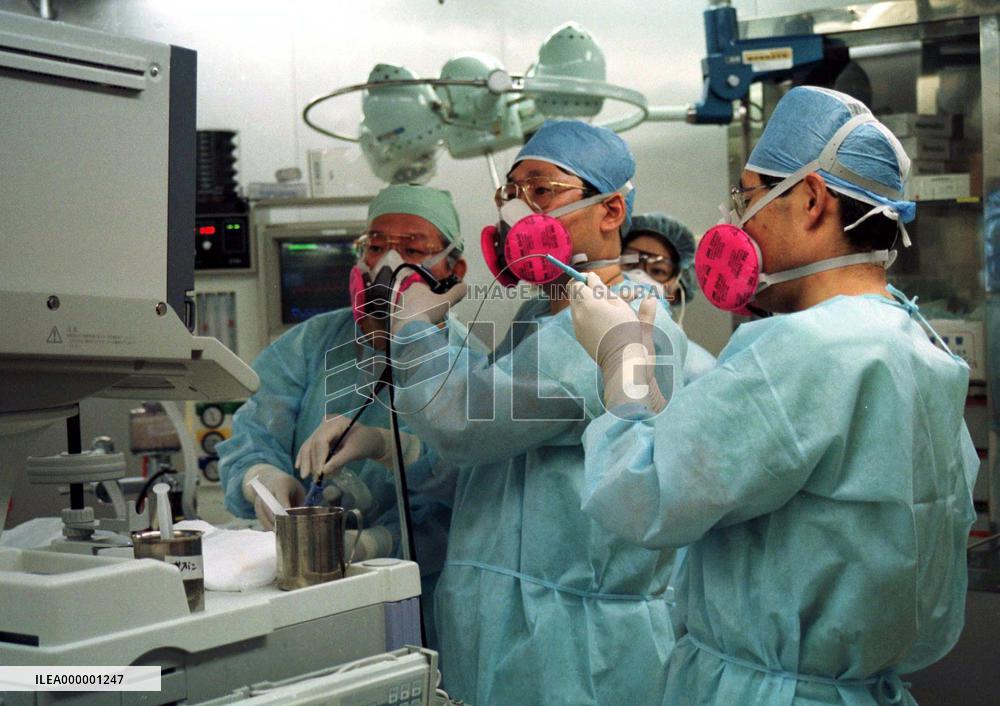 A team of Okayama University Hospital doctors conducts gene therapy on lung cancer March 2 in what was claimed to be the first such operation in Japan. They injected a fluid containing the cancer-killing gene 'p53' into a patient in his 50s, hospital officials said. The photo was released by the hospital. XINHUA-PICTURES OF THE YEAR 2021-CHINA NEWS

(220106) -- BEIJING, Jan. 6, 2022 (Xinhua) -- The left part of this combo photo taken by Gan Junchao shows a doctor who is assisting Wuhan with the fight against COVID-19 pandemic and patient Wang Xin enjoying the sunset view on their way for a CT scan at the Renmin Hospital of Wuhan University on March 5, 2020. The right part of this combo photo taken by Xiong Qi shows Wang Xin playing the violin at a residential area in Wuhan, central China's Hubei Province, March 24, 2021. (Xinhua) TOKYO, Japan - Kwon Hui Ro (file photo), known as Kim Hui Ro in Japan where he was born and raised, died of prostate cancer in a hospital in Busan, South Korea, on March 26, 2010. He was 81. Kwon served time in a Japanese prison for the murders of two gangsters in 1968 and whose case drew attention to the plight of Koreans in Japan. (Kyodo) 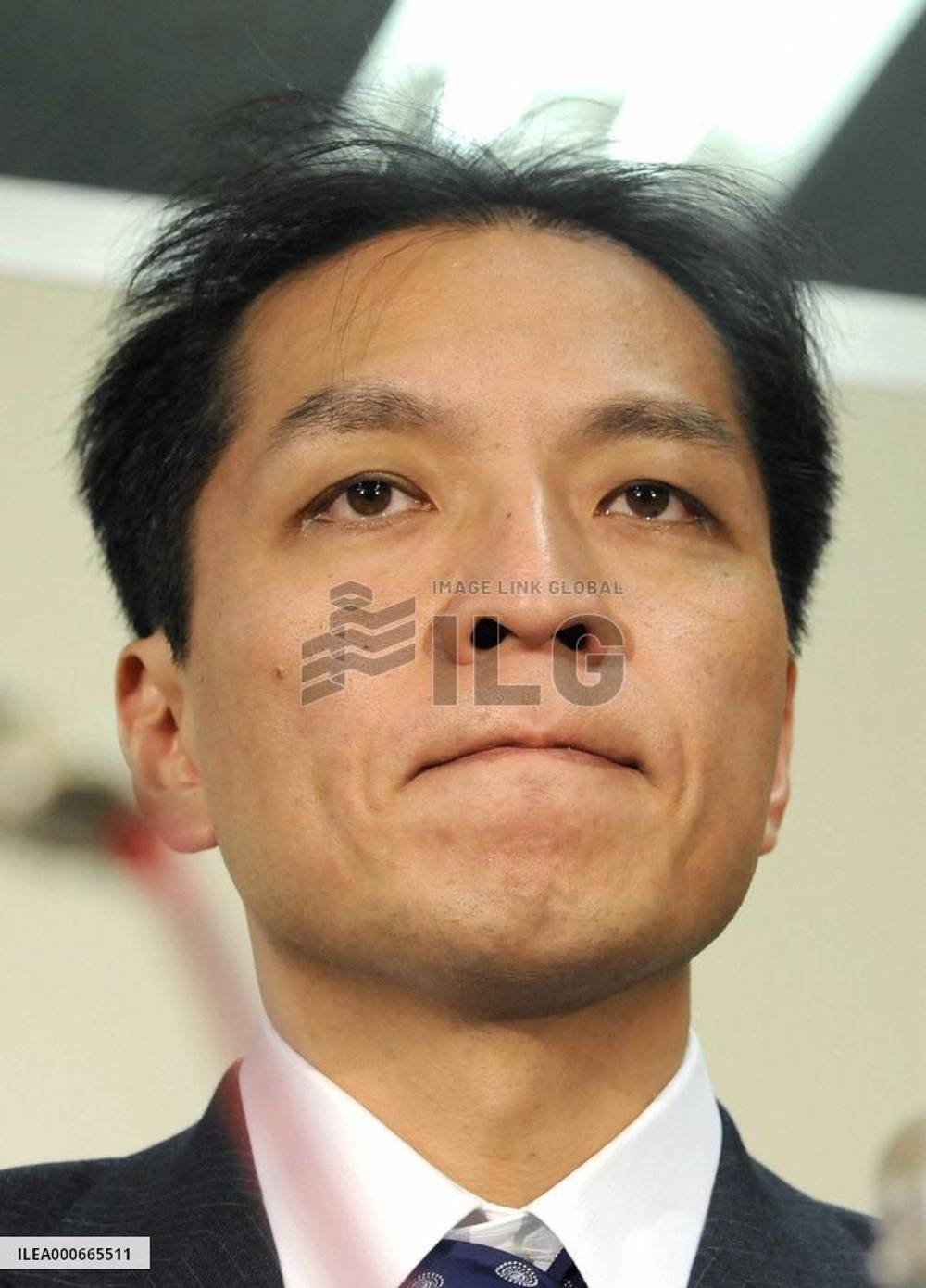 TOKYO, Japan - Kazuki Sato, a former doctor at Tokyo Women's Medical University Hospital, attends a press conference in Tokyo on March 27 after the Tokyo High Court upheld a lower court decision to acquit him of negligence over the death of a 12-year-old girl following a mistake during a heart operation at the hospital in 2001. (Kyodo) TOKYO, Japan - Noted Jungian psychoanalyst and former Agency for Cultural Affairs chief Hayao Kawai (file photo taken in March, 2005) died of a brain infarction at a hospital in Tenri, Nara Prefecture, on July 19. He was 79. Kawai, who was also a professor emeritus at Kyoto University, had remained unconscious since last August when he suffered a stroke and was taken to hospital. (Kyodo) TOKYO, Japan - Hitoshi Ueki (in photo taken in April 1999), one of Japan's leading comedians in the 1960s, died of respiratory failure at a Tokyo hospital on March 27. He was 80. A native of Mie Prefecture, Ueki began his career as a member of the Crazy Cats, a comedy band led by Hana Hajime, in 1957. He hit it big in 1961 with ''Sudara Bushi'' a song whose lyrics were written by Yukio Aoshima, another comedian who later turned a governor of Tokyo. (Kyodo) TOKYO, Japan - Saburo Shiroyama (in photo taken in May 2003), a leading Japanese writer of business and biographical novels, died on March 22 of interstitial lung disease at a hospital in Chigasaki, Kanagawa Prefecture, his agent said. He was 79. Brought up in Nagoya, Shiroyama, whose real name is Eiichi Sugiura, pioneered a style of business novel featuring inside stories of corporate Japan in the early 1970s, and also authored a number of books often modeled on existing personalities. (Kyodo) OKAYAMA, Japan - A two-car train lies on its side on West Japan Railway Co.'s Tsuyama line in Okayama, Okayama Prefecture, on Nov. 19. All its 25 passengers and driver were injured in the accident, fire department officials said. Of them, three were taken to hospital but there is no threat to their lives, they said. (Kyodo) KUMAMOTO, Japan - Jiro Fukushima (in file photo), a writer who revealed his homosexual relationship with late novelist Yukio Mishima, died of pancreatic cancer on Feb. 22 at a hospital in Kumamoto Prefecture, his family said. He was 76. Fukushima authored a book depicting his affair with Mishima. The bereaved family of Mishima, however, filed a lawsuit, seeking a ban on further publication of the book which initially hit the shelves in March 1998, and Fukushima lost the court battle in November 2000. (Kyodo)