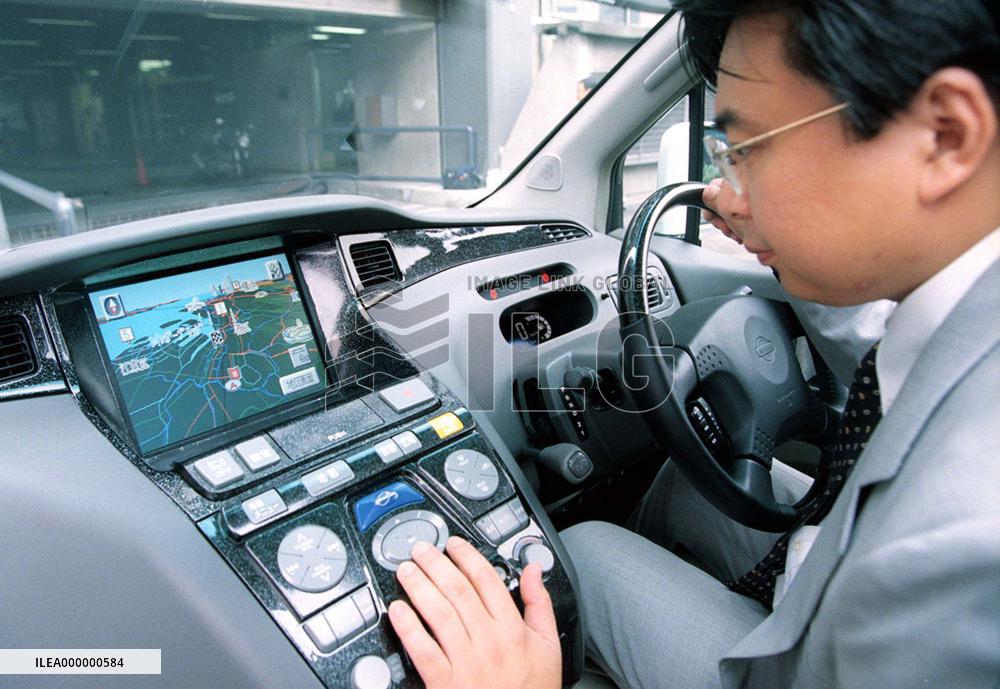 A test driver touches the dashboard of a next-generation car unveiled Wednesday Aug. 19 by Nissan Motor Co. The vehicle, dubbed ITS (Intelligent Transport System) CAR 2001-1, is equipped with 30 different types of driver-support information systems. It will be exhibited at an international seminar on ITS technology slated for Oct. 12-16 in Seoul. TOKYO, Japan - A prototype fuel cell vehicle developed by Mazda Motor Corp. runs during an open test drive at the company's research center in Yokohama on June 12. The five-seat vehicle, based on the Premacy small passenger car and powered by a methanol reformer fuel cell system, ran at a speed of around 30 kilometers per hour. The fuel cell system was developed jointly by Mazda and U.S. automaker Ford Motor Co. TOKYO, Japan - A handout photo released March 21 by Honda Motor Co. shows a car equipped with an ''intelligent'' driver support system designed to reduce the strains of driving. The system is activated when a car runs at 65-100 kilometers per hour. Using laser radar, it measures the distance between the car and a vehicle in front and automatically controls the brake and throttle mechanisms to keep a certain distance. It also detects lane markings with a small camera to keep a car in lane, Honda said.