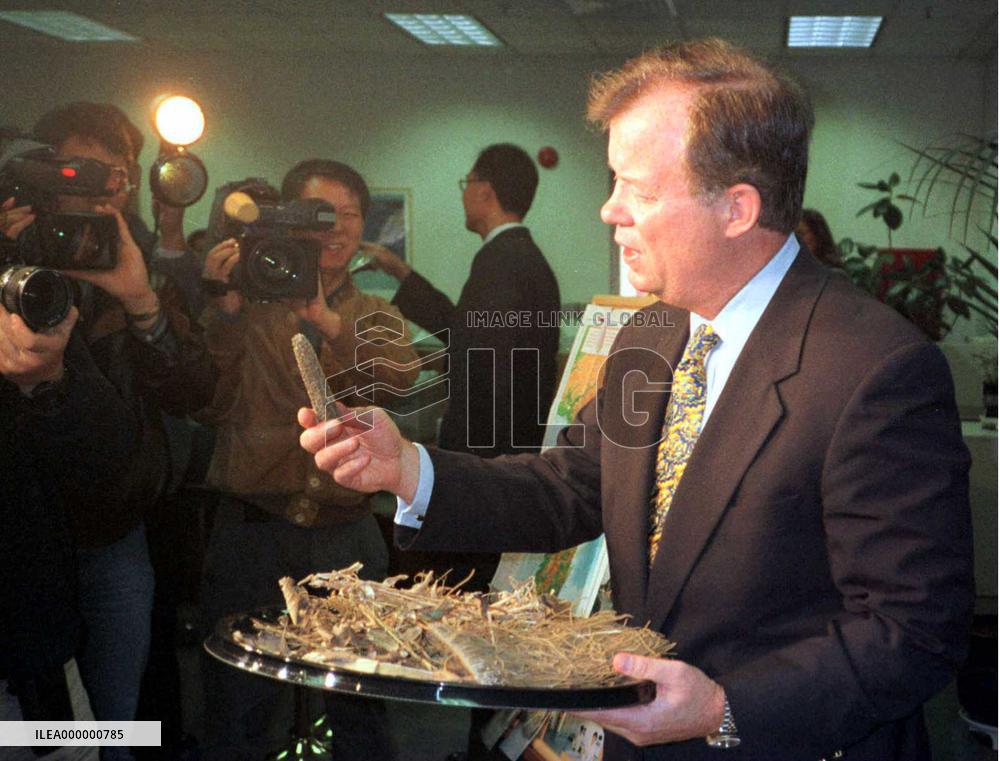 A U.N.-backed facility has newly allocated 3 million doses of coronavirus vaccine produced by China's major pharmaceutical company Sinovac Biotech Ltd. to North Korea, according to U.S. media. But it is uncertain whether North Korea will accept them, Radio Free Asia on Wednesday quoted an official of the World Health Organization as saying, with all eyes on when the nation will obtain vaccines for its people through the COVAX platform. North Korea may carefully consider receiving Sinovac's vaccine from the framework designed to guarantee equitable global access to coronavirus vaccines, as many countries in South America and Southeast Asia have recently started to doubt the efficacy of it. Pyongyang claims no infection cases have been found in the nation. It has cut off land traffic to and from China and Russia since early last year to prevent the intrusion of the virus, first detected in the central Chinese city of Wuhan in late 2019. Park Sang Hak (C), head of the Fighters for a Free North Korea group made up of North Korean defectors in South Korea, speaks to the press in Seoul on Jan. 20, 2015, a day after the group flew balloons with about 100,000 anti-Pyongyang leaflets across the inter-Korean border. Park said his group plans to include copies of "The Interview," a comedy film about an assassination plot against North Korean leader Kim Jong Un, in their next round of balloon flights. (Kyodo) ==Kyodo SEOUL, South Korea - Stephen Bosworth (R), U.S. special representative for North Korea policy, answers questions from reporters at the Ministry of Foreign Affairs and Trade in Seoul on Sept. 13, 2010. He said the United States wants to resume the six-party talks on the North Korean nuclear issue only if they produce ''meaningful results.'' (Kyodo) SEOUL, South Korea - South Korean President Lee Myung Bak makes a three-stage proposal for peaceful reunification with North Korea during a speech in Seoul on Aug. 15, 2010. Lee delivered the speech at a ceremony to mark the 65th anniversary of Korea's independence from Japan's 1910-1945 colonial rule. (Kyodo) SEOUL, South Korea - U.S. Secretary of State Hillary Clinton waves after her arrival in Seoul on July 21, 2010. Clinton plans to visit the Demilitarized Zone dividing the Korean Peninsula and attend a meeting of U.S. and South Korean foreign and defense ministers. (Kyodo) SEOUL, South Korea - This photo shows the stern part (L) and the bow part (R) of the wrecked South Korean naval ship Cheonan shown to the press at a naval base in Gyeonggi Province on May 19, 2010. South Korea officially blamed North Korea the following day for the sinking of the warship that killed 46 sailors. (Kyodo)